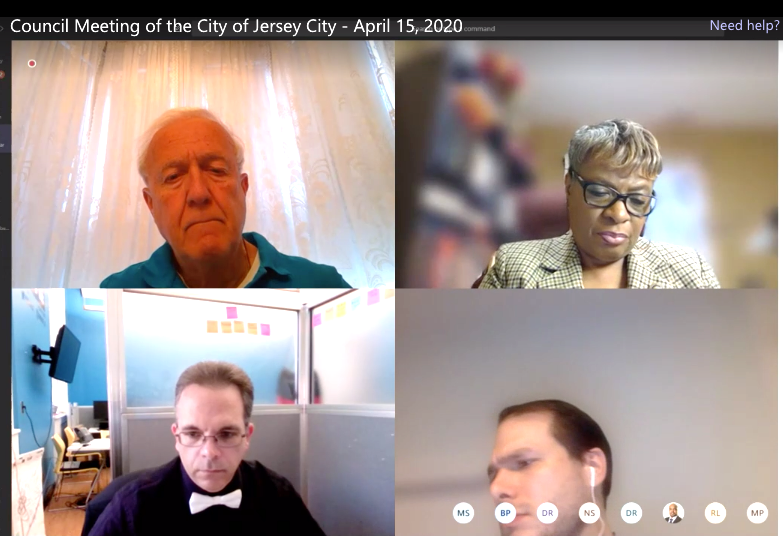 With COVID-19 wreaking its fifth straight week of havoc on Jersey City, the city’s municipal council met Wednesday night to consider the first reading of an ordinance to freeze rent and ban late payment penalties on all units subject to rent control. Spurred by the pandemic, the ordinance, if passed, would remain in effect through August 1. Debate on its scope was spirited.

“I agree with the direction the administration is going, but (the ordinance) only talks about this public health emergency and this rent increase freeze,” Ward E Councilman James Solomon said at the caucus meeting. “God forbid it comes back in the winter. Whenever we are in a public health emergency this freeze (should) kick in.”

Councilman Solomon proposed amending the ordinance to apply to all rental units — including apartments in luxury high rises and in neighborhood homes with one to four units — not just units under rent control. To the latter Ward C Councilman Richard Boggiano objected, asserting such small-scale landlords would not impose a rent increase during a crisis. Other council members disagreed saying they had already received calls to the contrary.

Councilman Solomon also proposed amending the ordinance so that it would apply to all future formal statewide states of emergency, not just to the present pandemic.

In the end the council voted to introduce Solomon’s two amendments as a first reading for discussion at next week’s April 20 caucus meeting; the ordinance will be up for a vote at the May 6 council meeting.

Numerous residents addressed the council during the public comments portion of the meeting.

Jonathan Glick of Jersey City related that his landlord had recently issued him and his wife a rent increase for May 1.

“We are asking for some sort of safeguard that our rents aren’t going to be increased at this time,” Glick said. “People are experiencing extreme hardships. My work is at Christ Hospital. We’re stressed and working as hard as we can. It would be prudent for everyone to prevent landlords from raising rent at this time. That would be appreciated so there can be some peace of mind. I don’t think anybody has experienced anything like this before. We look to our leaders like you to support us.”

Offering another perspective was Ron Simoncini, of the Jersey City Property Owner’s Association. Seeking more clarification for businessmen like himself, he lobbied for the ordinance to clearly stipulate when landlords would be able to resume raising rents, suggesting that if it doesn’t, it would cause difficulties in the future.

“The ordinance does not include language that when the ordinance expires, when (homeowners) will be able to raise rents,” Simoncini said. “They would like some definition. … The solutions we are creating are creating different problems later.”

Maria Ross called to ask the council about the property tax deadline for homeowners. A 30-year Jersey City resident and a board member of the Pro Arts artists’ collective, Ross said that her husband’s New York bar had had to close, leaving only her earnings as a part-time nurse for the couple to get by on.

“We’re wondering how we’re going to come up with taxes that are due in May,” Ross said. “There are several avenues of relief for renters and such, but nothing seems to be coming our way. We are close to retirement age. We’re hoping to be able to stay in our home, but it’s going to be a bleaker livelihood. The taxes are high in our area. We really need some help.”

Ward A Councilwoman Denise Ridley shared Ross’s concern. In a direct address to the city’s business administrator, Brian Platt, she asked whether the city was planning to postpone the May 1 deadline.

“Unless the state of New Jersey allows Jersey City to make changes, we aren’t authorized to do so at this time,” Platt said. 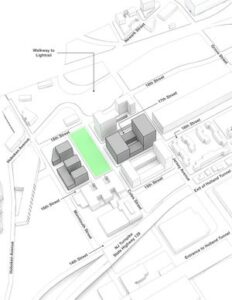 At the caucus meeting, Councilman Solomon questioned the timing of these proposed improvements: “Why is this moving now? Given the public health crisis, why is it urgent?”

Although not urgent, adopting the ordinance would allow the Coles Street project to continue moving forward at no expense to the city, business administrator Platt said. Councilman Solomon asked about budget overruns, and Platt told him the developers would be responsible. The council voted unanimously to adopt the ordinance.

Resolutions on Basketball and Potholes

The city council discussed the second reading of a resolution to ratify a contract for $39,200 to SportPros USA to maintain Jersey City’s public basketball courts, which are closed because of the COVID-19 virus. Council at Large Rolando R. Lavarro, Jr., said the city should cancel the contract to preserve money.

“There will be a time when this is restored,” Councilman Lavarro said. “Our courts will be open. If we’re looking to find dollars, we may need that money this year. Why not just make that reduction now?”

Although it was a mild winter, the council approved a resolution to rent a machine called the “pothole killer” to make repairs on certain hard-hit streets. Using it doesn’t require a large crew, Platt said, and because the roads are less travelled, the timing is right.

“The crew is small — two people — and it’s a better time now when no one is on the roads, its less disruptive,” Platt said. “Journal Square has been hard hit on Summit Avenue and Newkirk Street. We’re working to get those streets resurfaced.”

Twice during the meeting the Council paused to honor Councilman Michael Yun and former Councilwoman Viola Richardson (who had also been the first African American policewoman in Jersey City), both of who died of COVID-19 since the council had last convened. A moment of silence was held in their memory. And right before the meeting ended, City Clerk Sean Gallagher, speaking for himself and on behalf of city business administrator Brian Platt, offered:

“If you haven’t noticed myself and our business administrator are wearing our bow ties in memory of our late council member Councilman Yun. We’re saddened and heartbroken for the losses we’ve had with Councilperson Yun and former Councilperson Richardson. I did want to show my appreciation of Councilperson Yun. He always told me you have to be a sharp dressed man sitting in that chair during those council meetings.”

With NJ Schools Shut for Another Month, Lessons Learned, Advice from Front ...

When the Coronavirus Hits Home: Putting Child Care Plans in Writing Just in...
Scroll to top