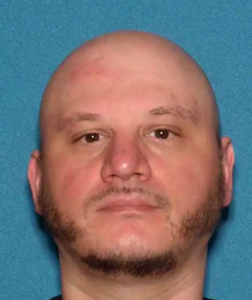 According to Acting Monmouth County Prosecutor Lori Linskey, David Lopez, 38, of Jersey City solicited illicit photos and videos from a teenage girl and then distributed them to members of her family in retaliation for her threat to break off contact with him.

An investigation by the Keansburg Police Department the Prosecutor’s Office revealed that Lopez made contact with the victim via social media sometime prior to August 2020 and later asked her to send him sexually explicit photos and videos.

After the victim attempted to break off communication with him, Lopez sent some of the photos and videos to at least six of her family members, including children as young as 11. In addition, Lopez allegedly threatened to harm the victim’s family, threatened to have other individuals harm them, threatened to burn down their house, and told her he could make her life “a living hell.”

Lopez was arrested at his home on August 25, 2020, after which he was released on home detention and ordered to have no contact with the victim and no Internet access while the criminal case against him remained pending.

Anyone with additional information about Lopez’s activities is being asked to contact Keansburg Police Department Detective Lt. Bryan King at 732-787-0600.

Convictions on first-degree criminal charges can result in terms of 10 to 20 years in state prison, while second-degree crimes can yield penalties of 5 to 10 years.

Council President Watterman is a No-Show for Debates While Appearing for Photo...

A Faith-Based After-School Program for Underprivileged Kids Gets Impressive...
Scroll to top