A Jersey City resident is one of thirty-one men arrested and charged with sexually exploiting children online.

According to allegations made by Attorney General Gurbir S. Grewal, Ndachi Ndungu, 25, attempted to extort a 12-year-old girl he encountered on the gaming app Discord into sending him sexually explicit photos of herself. Ndungu allegedly chatted with numerous other potential victims between the ages of 7 and 15 as well on Discord. He used the same method with those victims, obtaining an image of the child and then threatening to share it on social media or threaten to report the victim to Discord, according to Grewal. The complaint goes on to state that he would threaten the children until they agreed to send more explicit photos. 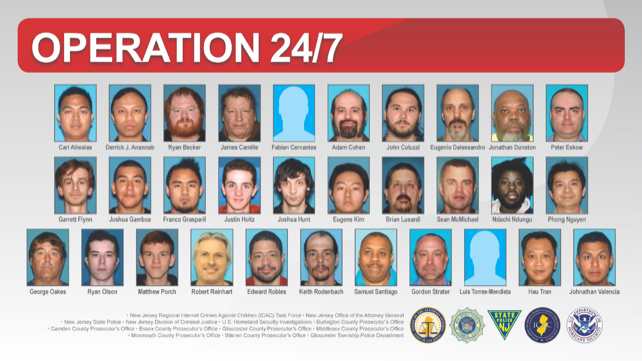 Ndungu was charged with Attempted Manufacturing Child Pornography and Attempted Theft by Extortion. The charges carry a sentence of five to 10 years in state prison and a fine of up to $150,000.

The 31 men were arrested in “Operation 24/7,” a collaborative operation launched to address the continued spike in reports of potential threats to children from online predators during the COVID pandemic. The men arrested in the three-month operation range in age from 18 to 65. They are variously charged with crimes including attempted human trafficking, attempted sexual assault, criminal sexual contact, sharing obscene material with a minor, attempted theft by extortion, and manufacturing, distribution,  and possession of child sexual abuse material.

“Through these collaborative operations with the ICAC Task Force, we are working tirelessly to arrest child predators and those who exploit children by possessing and distributing child sexual abuse materials,” said Attorney General Grewal. “With young people continuing to spend more time on their electronic devices due to the COVID pandemic, we must remain vigilant. We urge parents and guardians to warn children about the threats that exist on social media and popular gaming sites, and to watch for signs that a child has been subjected to online abuse.” 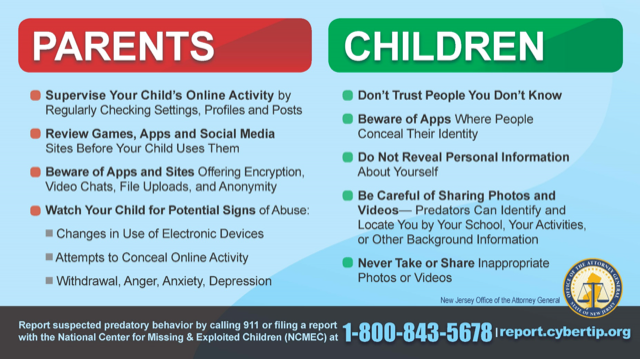 The number of tips about potential threats to children online has remained high during the ongoing COVID emergency, with the number of tips received in the first six months of 2021, 39 percent higher than the total received for the entire year of 2019.

Moving to Wealth-Based Admissions at McNair and Infinity: A Student Reports
Scroll to top