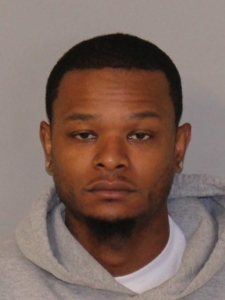 Authorities have arrested a Jersey City man on charges relating to the sexual assault of a 14-year-old girl.

According to Hudson County Prosecutor Esther Suarez, on April 18, Cashmere Mudayh, 36, sexually assaulted a 14-year-old girl at his Fulton Avenue apartment. He had met the girl at a Light Rail station.

Mudayh is charged with one count of Sexual Assault and Endangering the Welfare of a Child. He was arrested at his home and taken to the Hudson County Correctional Facility pending his first court appearance.

Prosecutor Suarez credited the Special Victims Unit with the investigation and arrest.

Prosecutor Suarez asks that anyone wishing to report a sex crime should call the Hudson County Prosecutor’s Office Special Victims Unit (SVU) at 201-915-1234.

Judge Rules That Lawsuit to End Party-Backed Ballots Can Proceed

Tuesday’s Congressional Primary: A Battle Between a Centrist Scion and Two...
Scroll to top