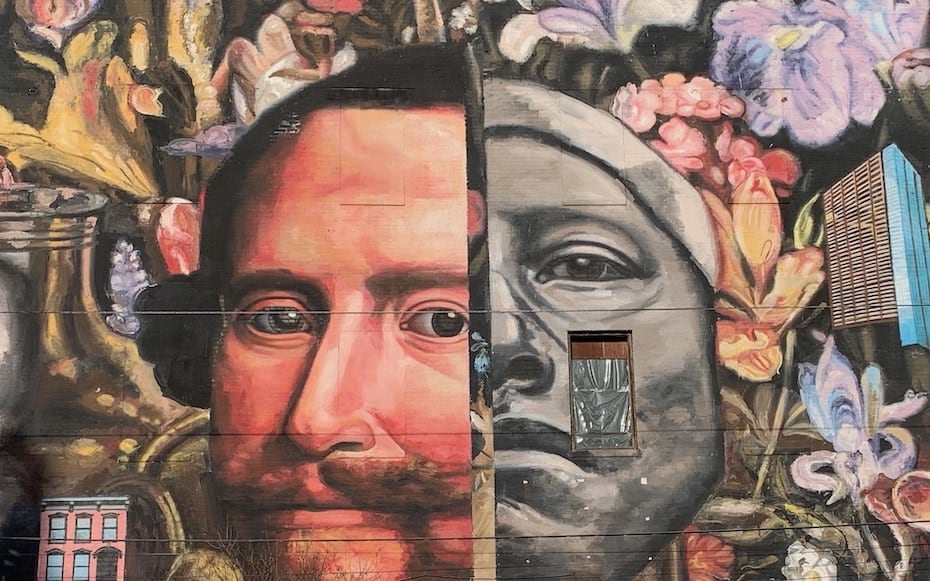 On Tuesday afternoon I was scheduled to meet my friend Steve Cunningham in a Downtown Café.   Uncharacteristically, he arrived late.   As he took off his bike helmet, he explained that along with his students at the Jersey City high school where he teaches, he had been locked in, unsure of when they would be free to leave.  The shocking events of that afternoon that kept Steve and his students sequestered in their classroom are now well known.

I was there to hear about Team Wilderness, an after school program Steve founded which takes Jersey City kids on hiking trips to nearby forests and mountains.  There they learn to use a compass, rappell down cliffs and learn the value of teamwork.    Eighty percent of the kids in his program are eligible for free or reduced lunches, meaning they are poor.   Many of the kids have never been out in the woods on a hike, let alone bounced down the face of a cliff, secured only by ropes.   Steve takes them out of their comfort zone and introduces them to a new world where they are challenged.   They come back changed for the better.

As I thought about Tuesday’s tragic events, I realized how Jersey City functions much the same way for so many of us.   Wallet Hub has crowned Jersey City the most culturally diverse city in the United States.  We are home to a dizzying mix of peoples from around the world, be they Philippine, Pakistani, Korean, Ecuadorean or Egyptian.  The nationalities and cultures are endless.  Fully fifty-three percent of Jersey City families speak a language other than English at home.

We who are lucky to live in Jersey City are like Steve’s teenagers in the woods.  Whether we like it or not, every day we are dragged out of our comfort zone and must engage with people from cultures that seem strange and different from our own.  And, yes, sometimes, like staring down the face of a cliff, we feel scared and threatened.  We are human.  But then we strike up a conversation with that scary and threatening person and realize that they are just like us.  It’s these countless human interactions between people of different backgrounds every day in Jersey City that make it such a special and wonderful place.   Like Steve’s teenagers, we all emerge changed for the better.    In the wake of these terrible events, let’s not forget that.

Information on Gatherings, Fundraisers, and Resources