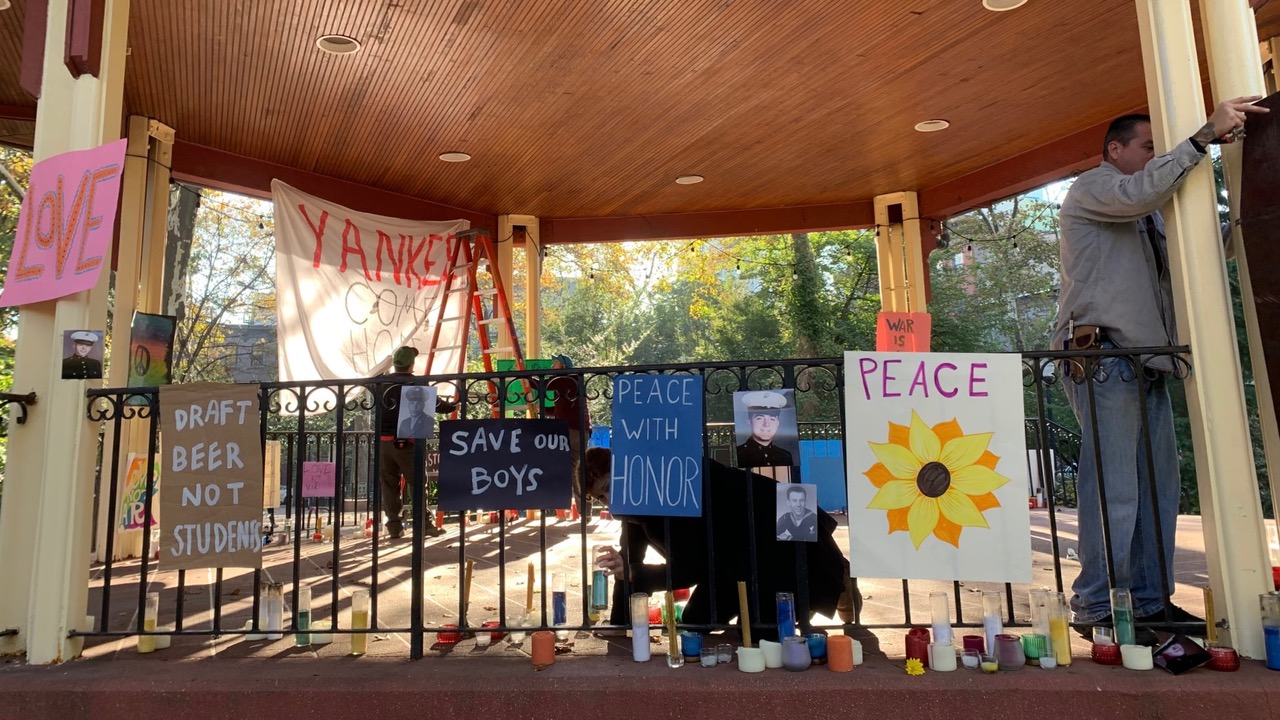 First it was Queen Latifah in The Equalizer. Then it was Billy Eichner’s LGBTQ+ romcom “Bros.” Now it’s Apple TV+’s The Greatest Beer Run Ever starring Zac Efron and Russell Crowe. In the space of one year, Jersey City has provided a setting for all three productions, representing the city’s emergence as a convenient — and apparently affordable — urban movie backdrop. 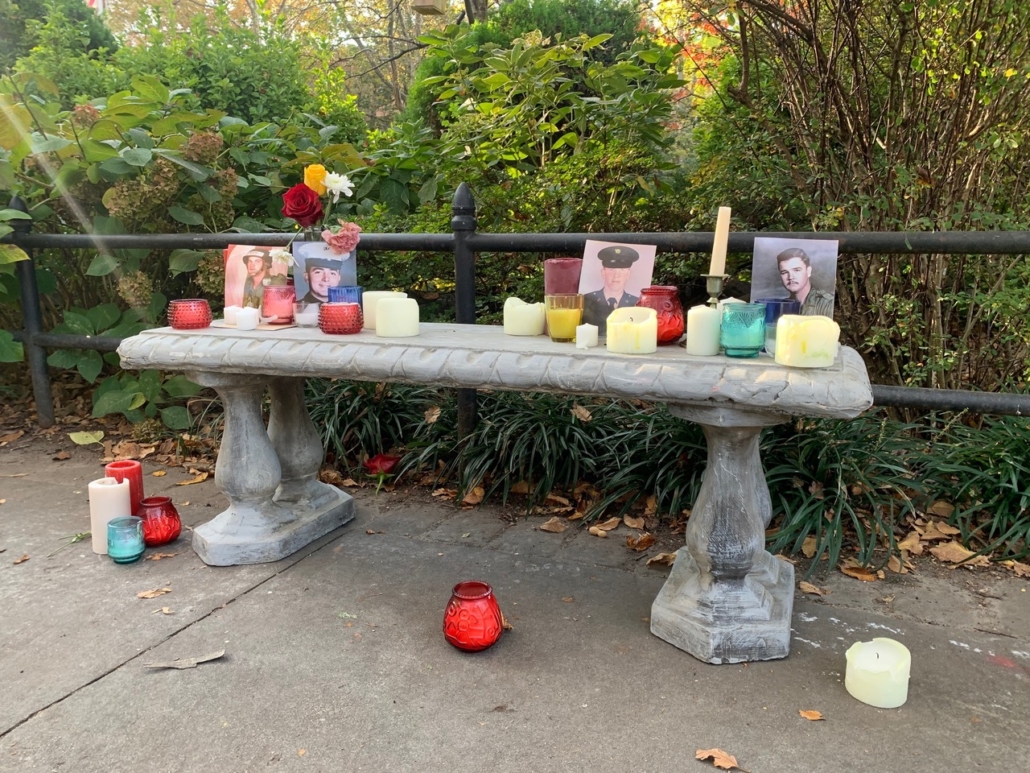 Said one crew member of the current film, “It’s much more convenient for me to work here. I live in New Jersey. I don’t have to go across the river.”

But some locals in Van Vorst Park are less than thrilled. One Wayne Street resident (who wished to remain anonymous) grumbled, “This has gotten ridiculous.” 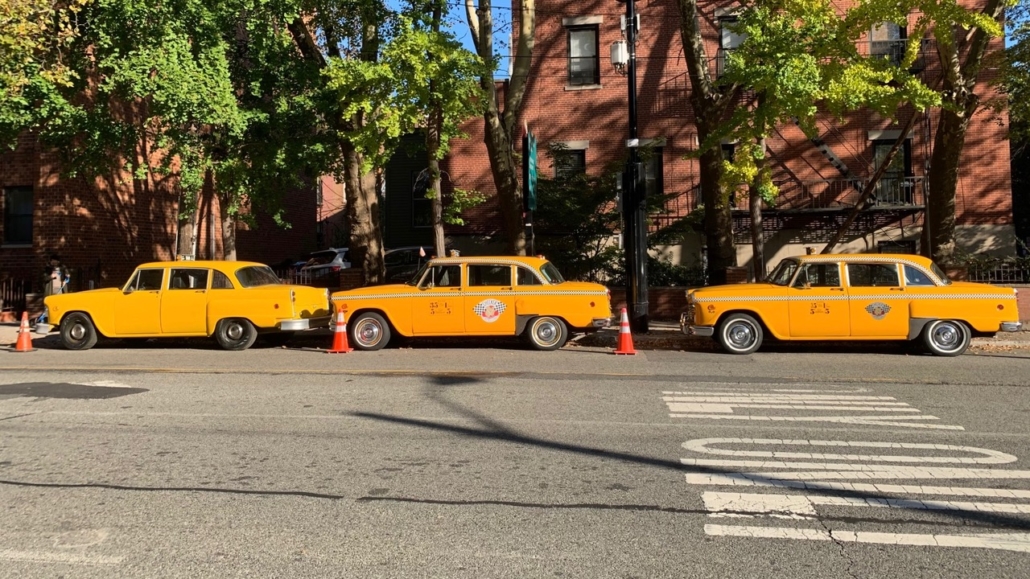 N.Y Taxi Cabs on Montgomery Street for use in The Greatest Beer Run Ever

The screenplay for The Greatest Beer Run Ever was cowritten by Oscar winner Peter Farrelly (of Dumb and Dumber, Shallow Hal, There’s Something About Mary and the Green Book) and is based on the true story told in the bestselling book The Greatest Beer Run Ever: A Memoir of Friendship, Loyalty and War that was written by Joanna Molloy and John “Chickie” Donohue. It recounts Donohue’s journey from New York to Vietnam in 1967 to share a beer with childhood friends who were engaged in combat there.

This morning, workers in Van Vorst Park were seen constructing a set that appears to depict a protest and candlelight vigil.  Affixed to the park’s gazebo were posters with anti-war slogans.  Candles and framed mementos of servicemen covered the park’s benches. Yesterday, a block of Wayne Street was closed off as the crew shot a scene at the Barrow Mansion.

Inconveniences notwithstanding, Governor Murphy has big plans for filmmaking in New Jersey. According to the administration, in 2019 film and TV production in the state spurred more than $420 million in economic activity. In June, Murphy cut the ribbon on Cinelease Studios at Caven Point, the largest film studio in New Jersey and the first purpose-built facility of its kind in the state.  Last week, it was reported that Netflix is bidding on a 289-acre piece of Fort Monmouth in the boroughs of Oceanport and Eatontown.