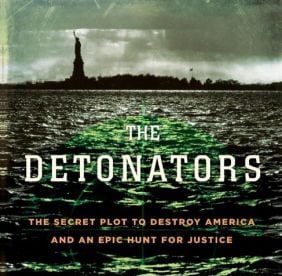 Books have always made great gifts – they’re easy to personalize, relatively inexpensive, and can even flatter the recipient. But did you know how many critically acclaimed books have been written about Jersey City, featuring Jersey City, or by those who call Jersey City home?

Below is such a list — with genres ranging from history to generation-spanning novels; from cookbooks to chapbooks; and from memoir to mystery.  Each one should reward any reader on your gift-giving checklist (though there’s no reason not to pick up a copy for yourself as well). 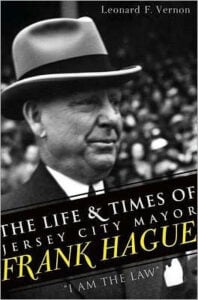 The Life and Times of Jersey City Mayor Frank Hague (2011) by Leonard Vernon. Long regarded as one of the most powerful – and corrupt – U.S. mayors of the early twentieth century, Hague remains a mythic if divisive figure, a sort-of benevolent dictator who helped make Jersey City a modern and important metropolis. His progressive social reforms and his celebrated imperiousness (“I am the law,” he once quipped) get their due in this biography, which offers a balanced, even occasionally laudatory view of the iconic political boss. Vernon, a chiropractor from Laurel, N.J., has written a useful and highly readable overview of the man and the myth.

Lost in Jersey City (1993) by Paula Sharp. This novel, written by a former criminal investigator in the Jersey City Public Defender’s Office, chronicles the hard-luck adventures of a twice-married (and twice-disappointed) woman who moves herself and her two impish children from Louisiana to Jersey City with all the culture shock one might expect in such a jarring relocation. The novel, named a New York Times Book Review notable book in 1993, is by turns droll, tragic, and thoughtful, and protagonist Ida Terhune “in her mint-green pantsuit … and lopsided bouffant” is one of the more memorable fictional characters ever to traipse through Jersey City. 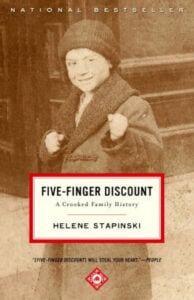 Five-Finger Discount: A Crooked Family History (2001) by Helene Stapinski. This highly regarded memoir captures the gritty charm of Jersey City, which not coincidentally is the author’s hometown and the place where her writing career began (The Jersey Journal). Stapinski, whose work has appeared in The New York Times, New York magazine, and People, weaves a personal narrative filled with family members right out of central casting, living their lives in a city that emerges as perhaps the most distinguished, disreputable character of all. And you gotta love this for an opening line: “The night my grandfather tried to kill us, I was five years old ….” 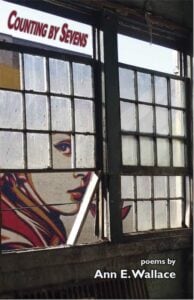 Counting By Sevens (2019) by Ann E. Wallace. Some experiences seem to lend themselves more readily to articulation through poetry rather than prose. These are often intimate experiences, transactions among the mind, body, and soul. Wallace, a professor at New Jersey City University and a longtime Jersey City resident, has eavesdropped thoughtfully on the conversations we have with each other and with our inner selves, and the result is an astonishingly moving collection, poems that address the things that threaten the integrity of our bodies — politic and private. Her work addresses suffering and loss in their many incarnations, but this is no pity party in print. Wallace’s voice is one of defiance and ultimately triumph where years of pain and anger “gather into beads/of sweat wiped clear/with the brush of a sweaty/hand across my forehead.” The book is available at Word in Jersey City and online at the author’s website: www.AnnWallacePhD.com 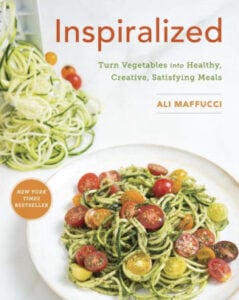 Inspiralized: Turn Vegetables into Healthy, Creative, Satisfying Meals (2015) by Ali Maffucci. One of the hottest food trends in the last few years has been to “spiralize” – that is, turn fruits and vegetables like zucchini, potatoes, and pears into noodles. And the Jersey City-based Maffucci has emerged as one of the most popular proponents of this latest culinary twist. Her book (as well as her newsletters and website) has helped an increasingly devoted readership venture beyond traditional pasta to create a tasty and healthful low-carb alternative. As she notes in her first chapter, “Inspiralized is what your meal and you become — a healthy and inspired version of the original!” 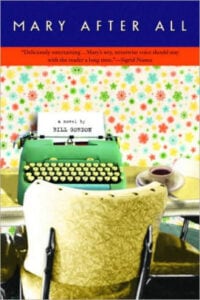 Mary After All (2005) by Bill Gordon. This novel is one of the most “Jersey City” pieces of fiction you’re likely to ever come across, a book set against the city during the 1970s and chock full of hyper-local landmarks: “I’d run into him at Al’s Diner on Communipaw Avenue”; “She went to night school — Jersey City State College”; “We met at Snyder High”; “I drove down to the administration building on Montgomery … a nine-story green monstrosity.”  Gordon, who grew up in Jersey City, knows the terrain and knows it breeds survivors. That certainly describes the titular Mary, a survivor who frees herself from her past life thanks to some charmingly ethically challenged characters. 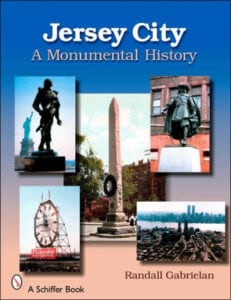 Jersey City: A Monumental History (2007) by Randall Gabrielan. “Cities need room to grow, and Jersey City did grow.” That modest observation from this stunningly comprehensive book of annotated photographs is brought to life by almost 150 pages of beautiful and artistic shots of Jersey City’s architecture. Spending time with this collection will engender a deep appreciation for the city’s eclectic and energetic physical presence. The photographs are organized by neighborhoods (Waterfront, Downtown, Bergen, the Heights, et al.) for easy access to the houses, parks, churches, office buildings, and statues that populate the landscape. Jersey City native Gabrielan has compiled a masterful inventory of the granite and gilded glory of his hometown.

Clockers (1992) by Richard Price.  One of the most powerful explorations of life on the margins in an urban environment (in the opinion of this critic), Price’s brilliant novel focuses on a cat-and-mouse game between a street-level drug dealer named Strike and a cynical, burned-out detective named Rocco. The novel became one of the inspirations for the widely acclaimed HBO series “The Wire” and was also made into a feature film by Spike Lee. Price spent a good deal of time in Jersey City researching the book, and it shows. While the action takes place in a town called “Dempsey,” characters cruise up and down “Kennedy Blvd.,” visit warehouses on “Rt. 440,” and run from the cops during spot raids on public housing projects. The book is dark and tough, and its beauty is perhaps surprising given the grimness of the world under scrutiny. 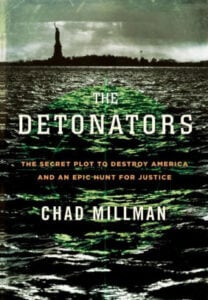 The Detonators: The Secret Plot to Destroy America and an Epic Hunt for Justice (2006) by Chad Millman.  Numbed perhaps by the frequency and devastation of terrorist attacks regularly making the nightly news, few know of one of the most significant attacks on American soil that occurred during World War I; and fewer still know it happened in Jersey City. On July 30, 1916, an explosion caused by German saboteurs destroyed a munitions depot on an artificial island in New York Harbor known as Black Tom, that had been annexed by Jersey City and filled in with land and eventually made into Liberty State Park. The explosion destroyed millions of dollars worth of supplies and damaged the Statue of Liberty. Millman’s investigation traces the origins and aftermath of the attack, noting that “History is full of small sparks that become huge fires … whatever horrors had seemed impossible in 1916 were all too plausible in 1939.” 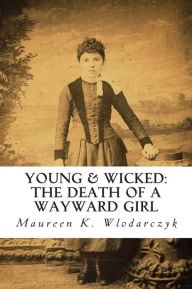 Young & Wicked: The Death of a Wayward Girl (2011) by Maureen Wlodarczyk. Anyone tempted to romanticize the past might want to spend a little time with Mary “Polly” Sexton, the tragic central figure in this compelling, fact-filled narrative. Wlodarczyk, an author, columnist, and genealogist with a deep knowledge of New Jersey’s past, traces the true story of one of her distant relatives who fell in love with Sexton and began a brief, tumultuous life with her that took the pair from Jersey City to Manhattan, where the 19-year-old Irish-American woman was found murdered in a Bowery flophouse in 1893. Wlodarczyk’s portrait of Jersey City in the nineteenth century is a vivid and bracing reminder that the immigrants who built the city were made of sterner stuff than we often recall in our gauzy, romanticized imaginings of life “back in the day.”

Information on Gatherings, Fundraisers, and Resources
Scroll to top