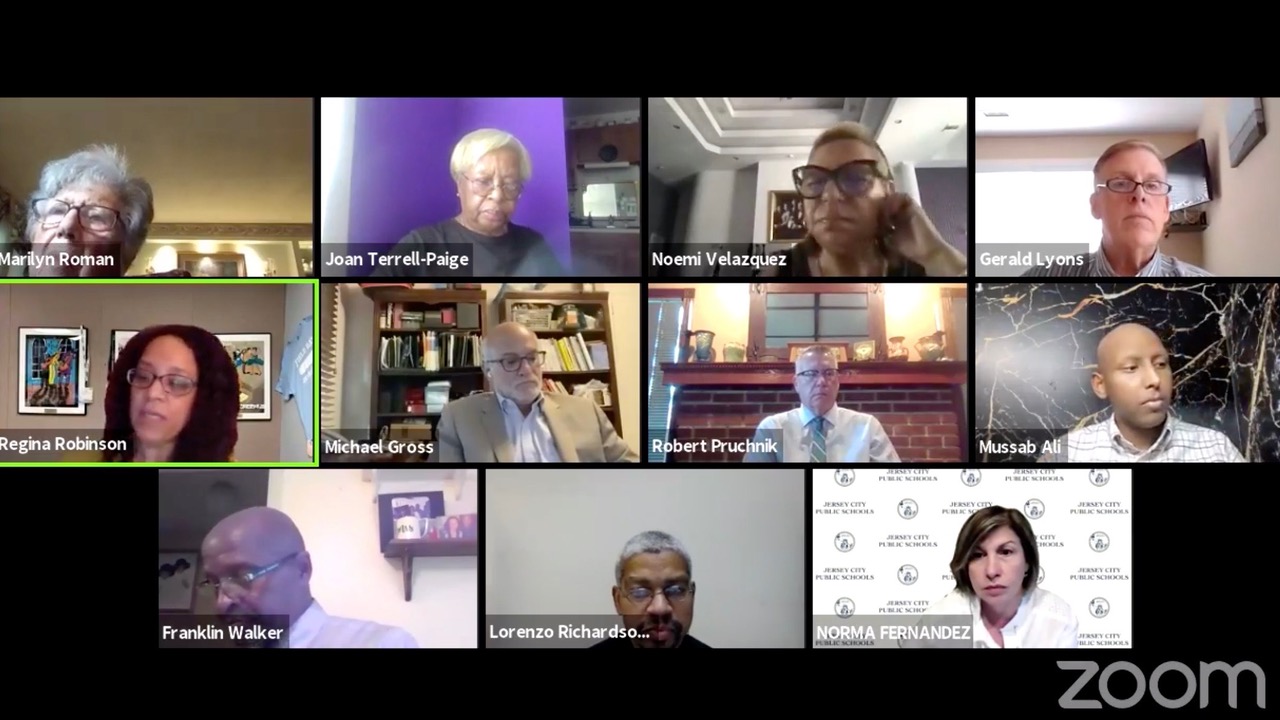 When Jersey City Board of Education President Mussab Ali attended the magnet McNair Academic High School six years ago, he said of the diverse student body, “most of us were broke.”

“When I speak with students who are there today, the dynamic in terms of wealth looks a lot different,” he said.

A trend Ali observed as “troubling” at the Jersey City Board of Education’s virtual special meeting on Thursday is a 10% drop in economically disadvantaged students at McNair between the 2018-2019 and 2019-2020 academic years. Infinity Institute, a Jersey City sixth through twelfth grade magnet school, has also seen a 10% drop in economically disadvantaged students year over year, Ali said. 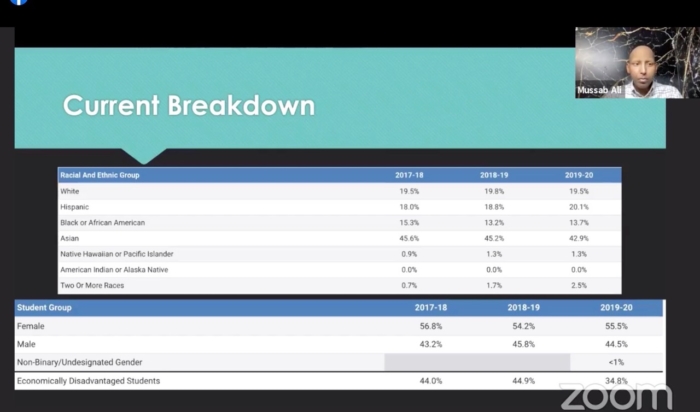 The board heard feedback at the meeting from McNair graduates and instructors on potential changes to the race-based admissions policy used for the city’s two specialized schools in order to increase socioeconomic diversity.

Last month, the board approved a measure to review the admissions process for McNair Academic and Infinity Institute.

According to the measure the board approved, any recommended changes in the admission process for the schools would take effect beginning with the class of 2026.

US News & World Report ranked McNair Academic as the 5th best high school in New Jersey and Infinity Institute as the eleventh best.

William Garner, a 2014 McNair graduate, suggested the board consider interviews or personal essays as part of admissions, “so that students are not just represented by numbers and statistics but have a chance to articulate their goals and to make themselves stand out not just by which category they fall into, but by their character.” 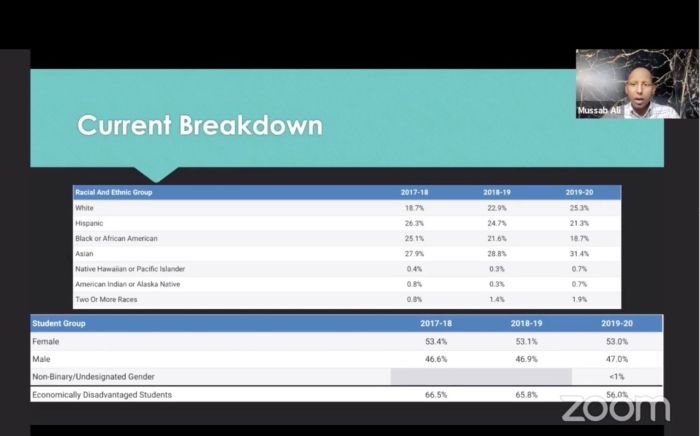 Board members and speakers alike found flaws with the three admissions models presented for comparison: those used in New York City, Chicago and at Thomas Jefferson High School for Science and Technology in Virginia.

New York’s model, which relies on the SHSAT test, resulted in only 1% of the spots being allocated to Black students, and 2% to Hispanic students at the elite Stuyvesant High School, said Ali.

Dr. Judy Soto was one of the McNair alumni that noted the neighborhood-based Chicago model has been shown to have reduced both racial and socioeconomic diversity.

We don’t want to do that,” she said. “We could have someone in Greenville who is not the highest scorer but has potential and raw talent that needs to be grown.”

McNair alumnus Ronald Abraham cautioned that using a non-race-based model in a gentrifying city could be a “short term gain for a long term loss.”

“How far down the future do we have to travel before [only] 8 or 9% of the students at Academic are Black or Brown?” he asked.

“At this point, the board has not actually determined what the process will be, and what changes, if any, will be made,” Ali said.

Motorcycle Accident That Took Life of Jersey City Cop Considered the ‘Most...
Scroll to top