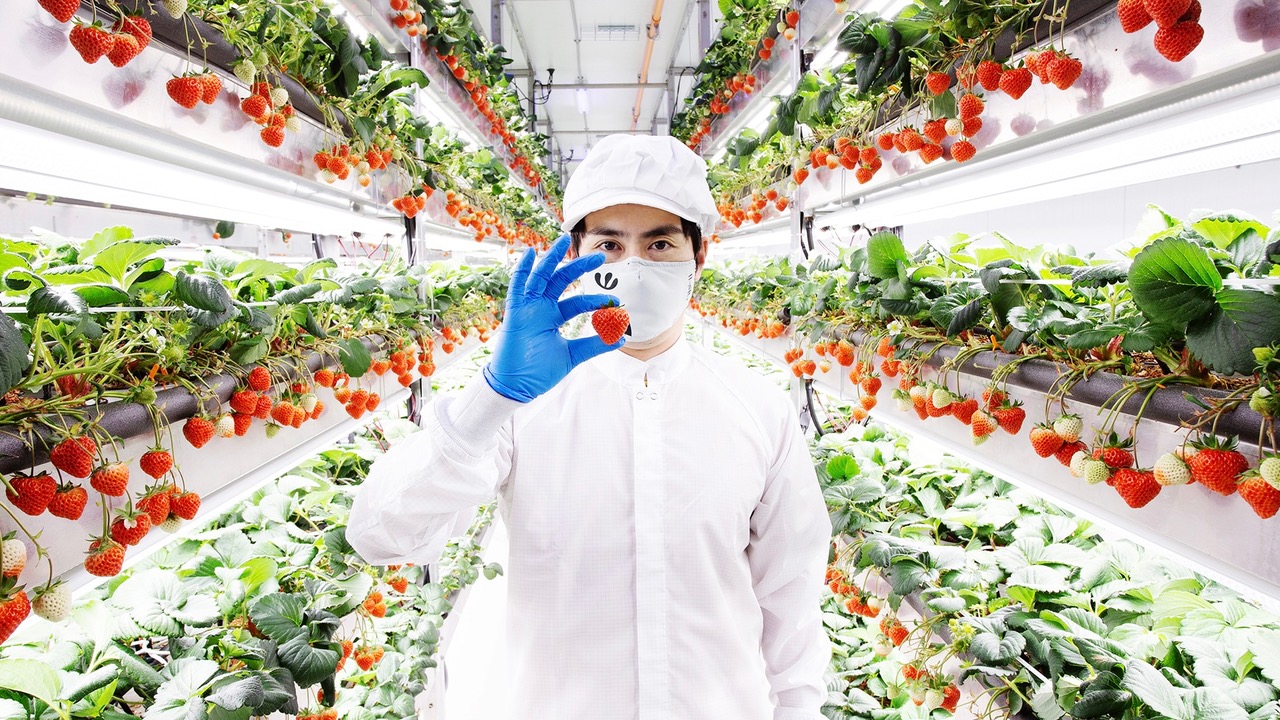 Oishii agricultural technology company announced today the opening of a 74,000-square-foot indoor vertical farm in Jersey City to grow its “Omakase” variety of strawberry, which will be available on the company’s website and in a limited basis at Whole Foods in Manhattan. Previously based in Kearny, the firm is relocating its headquarters to Jersey City as well.

The company first introduced the Omakase Berry in 2018 after which it quickly caught the attention of Michelin-starred chefs and of consumers for its sweetness, aroma, and creamy texture, according to the firm’s press release. The berry has two to three times the level of brix (a measure of sweetness) of conventional strawberries, Oishii said in response to an email.

“At Oishii, we are committed to revolutionize the future of food by offering the best-tasting produce, grown in a way we believe is better for people and better for the planet. Today marks an important step in making good on that promise,” said Hiroki Koga, CEO and Co-Founder of Oishii.

The facility will be located in the former Anheuser-Busch factory at 101 Linden Ave E. and will be the company’s largest and most technologically advanced farm, according to its publicity. Each harvest will be produced using advanced robotics and automation that will require 60 percent less energy and 40 percent less water than first generation technology.

“We’ve worked hard to pioneer advanced technology that unlocks a substantially more efficient way to grow our unrivaled strawberries. Our largest farm yet pairs the next frontier of indoor farming innovation with the care and precision of centuries-old Japanese farming techniques,” said Koga.

That care and precision — heightened sweetness — comes at a price.

Stony Hill Farms, which sells strawberries at farmers’ throughout Jersey City, charges $5.99 to $8.99 per quart of the “Chandler” variety of the fruit depending on the time of year. According to food website TheSpruceEats, this translates to $0.25 to $0.38 per medium-size berry.

Oishii, named one one of the “World’s Most Innovative Companies” by Fast Company magazine in 2022, was the first to grow vertically farmed strawberries for consumers. Management chose the “sophisticated” crop for farming because of its long cultivation cycle and “perfected the fruit through its first-of-its-kind pollination method” in a process without pesticides, Oishii also mentioned.

Those curious about working for Oishii can apply for numerous jobs they have open in sales, marketing, operations, engineering, finance and other areas by visiting the company’s LinkedIn page.

Editor’s note: A previous version of this article incorrectly stated that Oishii is a Japanese company.

“Fresh Air”: The Artists of Elevator Have a Coming-Out Party at...
Scroll to top