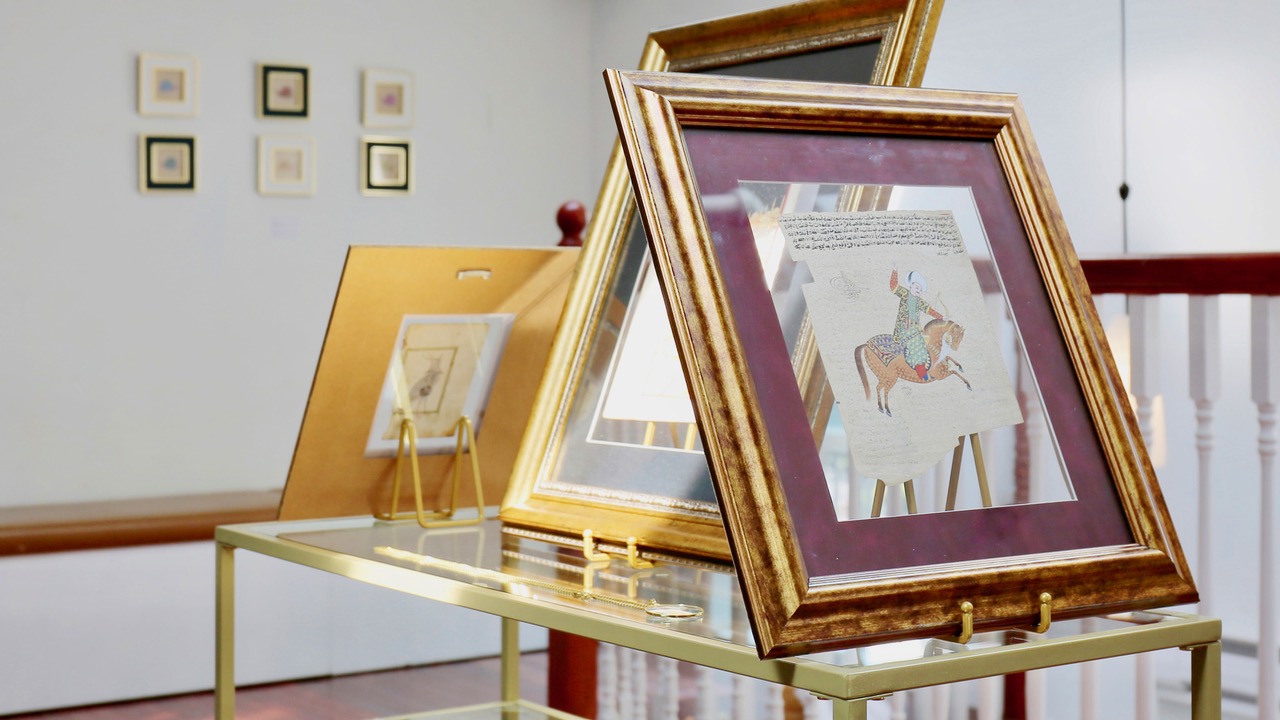 Even regular patrons of Rumi, a Turkish restaurant in Paulus Hook, might not have noticed the back room. A visitor does not even have to enter Rumi to access the small, elegant, two-floor space that shares its address at 67 Greene St.: a separate door leads straight to the sidewalk. Considering the room’s proximity to the Exchange Place PATH station and the little shops and restaurants near Washington and Warren Streets, it’s tough to imagine a better spot for an independent art gallery. Ivy Sarioglu, artist, attorney, and spouse of the restaurateur behind Rumi, has given the two rooms, stacked atop each other like nouvelle cuisine, the makeover they’ve been begging for. She’s calling the space IMUR Gallery, and she’s already presented two shows that are unlike anything else that’s recently been on view in Hudson County.

Sarioglu promises more to come, including a show that features the work of local artists. But the exhibition presently on view — “Derine Dogru: Inside Me,” by Ottoman miniatures artist Ayse Raziye Özalp — feels refreshingly exotic. Özalp, a contemporary artist working in a long tradition, presents tiny, beautifully realized illustrations in ink and opaque watercolor. They’re indebted to the tradition of Turkish book design, but subtly modern in their attitude. She’s the kind of illustrator who’ll get viewers staring at a wallful of snails, each one sporting a glorious little shell, rendered with impeccable grace and, when necessary, gold flake accents. Sarioglu provides gallerygoers with a magnifying glass so they can better appreciate the intricacy of Özalp’s work, but the show is such a feather-tickle throughout that it’s almost unnecessary. The aesthetic is coherent: it’s all witty, delicate, and refreshingly foreign.

It matches the personality of the room. IMUR is small, but it’s nicely illuminated and tastefully decorated. Because of the upstairs gallery, there’s also more wallspace than it seems like there’d be. Sarioglu and gallery coordinator Eileen Spadavecchia have made excellent use of available vertical territory, including hanging some of the show’s most energetic pieces on the stairway. We caught up with Sarioglu and asked her a few questions about her motivations, her vision, and how, in a town with many storied art spaces, she managed to launch one as distinctive, exciting, and broad-minded as IMUR.

Ivy Sarioglu: IMUR was originally planned in 2019 when I was in New Zealand giving birth to my daughter and spending time with my mum. I was born in China, but I’m a New Zealand national. Then COVID started. I was in locked down in New Zealand for a year, stuck there with my daughter. I picked up my long-forgotten brushes and started painting again while taking care of her.

TMC/JCT: Lockdown was a funny business for artists.  Some had their feelings of alienation amplified. Others were reinvigorated by the solitude, and the opportunity to concentrate on old projects that had gone dormant.

IS: Taking care of my daughter and painting was a wonderful time. I also reconnected with old friends China, Europe, and around the Pacific. We talked about art and business, and I began hoping that I could start a new business based on art. When I returned to the United States, I felt that people in Jersey City were in need of a new art gallery.  People need art in general, but after COVID, I felt that one thing that art, and the common topics in art, could really connect people, no matter where they were from. 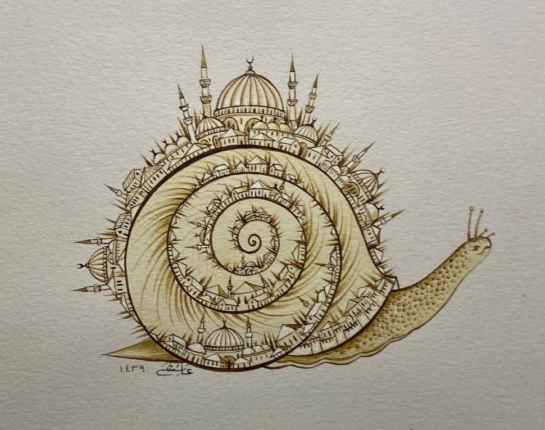 TMC/JCT: So you began with an explicitly international perspective and mission?

IS: My goal is for locals to see arts from outside of the United States, and to provide local artist a chance to go out and get inspired by other cultures. I studied art history, art writing, and art law (because it’s still my profession) at Sotheby’s, designed my branding, and started IMUR — I Am, You Are.

TMC/JCT: It’s such a welcoming space. Was it an unused part of Rumi, or just an area of the restaurant that I’d never seen? How much work did you have to do on the room to get it to where it is right now?

IS: It was Rumi’s party room, but it was barely used.  I redecorated and repainted it with my husband. I wanted to create a place that served as a gallery but was also good for small functions.  It took us three nights to do it.

TMC/JCT: The current show is so different from anything else that’s been on view in Jersey City over the past few years. How did you find Ayse Raziye Özalp?

IS: I travel to Turkey a lot, and I love to meet artists there every time I go.  Ayse was one of them. I like her work especially because it shows so much skill, and it presents Turkish culture so well.

TMC/JCT: Is the IMUR gallery specifically going to focus on artists from Turkey, or will it feature artists from many different countries and cultures?

IS: Turkey is the country I started with because of my tie with Rumi, but IMUR also works with artists from Colombia, Taiwan, Italy, Sweden, Japan, China, and New Zealand. We’re in talks with artists from other countries, too.  We also work with local artists. One of the artists in our October exhibition is from New York. IMUR provides a space for local artists to use for their work for free, one day every week.

TMC/JCT: You’ve got at least one local favorite on the team already. Eileen Spadavecchia has been part of the arts scene in Hudson County for a long time.  What’s her role at IMUR, and how did she get involved?

IS: Eileen walked into IMUR one day. She wanted to show her work. I was in a conversation with another artist, and she was shy, so she hurried to leave. However, I kept her number and called her. I invited her back, reviewed her work, listened to her background, and decided to have her be the gallery coordinator, one day a week. She’s also an IMUR artist. She’ll be our November group show.

TMC/JCT: Do you have plans to show your own work at IMUR?

IS: I have not planned for my own work to be shown yet because it requires constant creation and improvement of my artistic language. My focus right now is to make IMUR a well-known gallery in the area. But since the opening of IMUR, I’ve been getting more knowledge about how to create, how to express myself and demonstrate my approach to making art.  It’s been a wonderful asset.

TMC/JCT: One last question: when will the Gallery be open? When can people come and see the show?

IS: Right now, IMUR is open from noon to 5 p.m. on Wednesday and Thursday, and noon to 7 p.m. on Friday and Saturday. But that may change, because we’re getting more viewers!