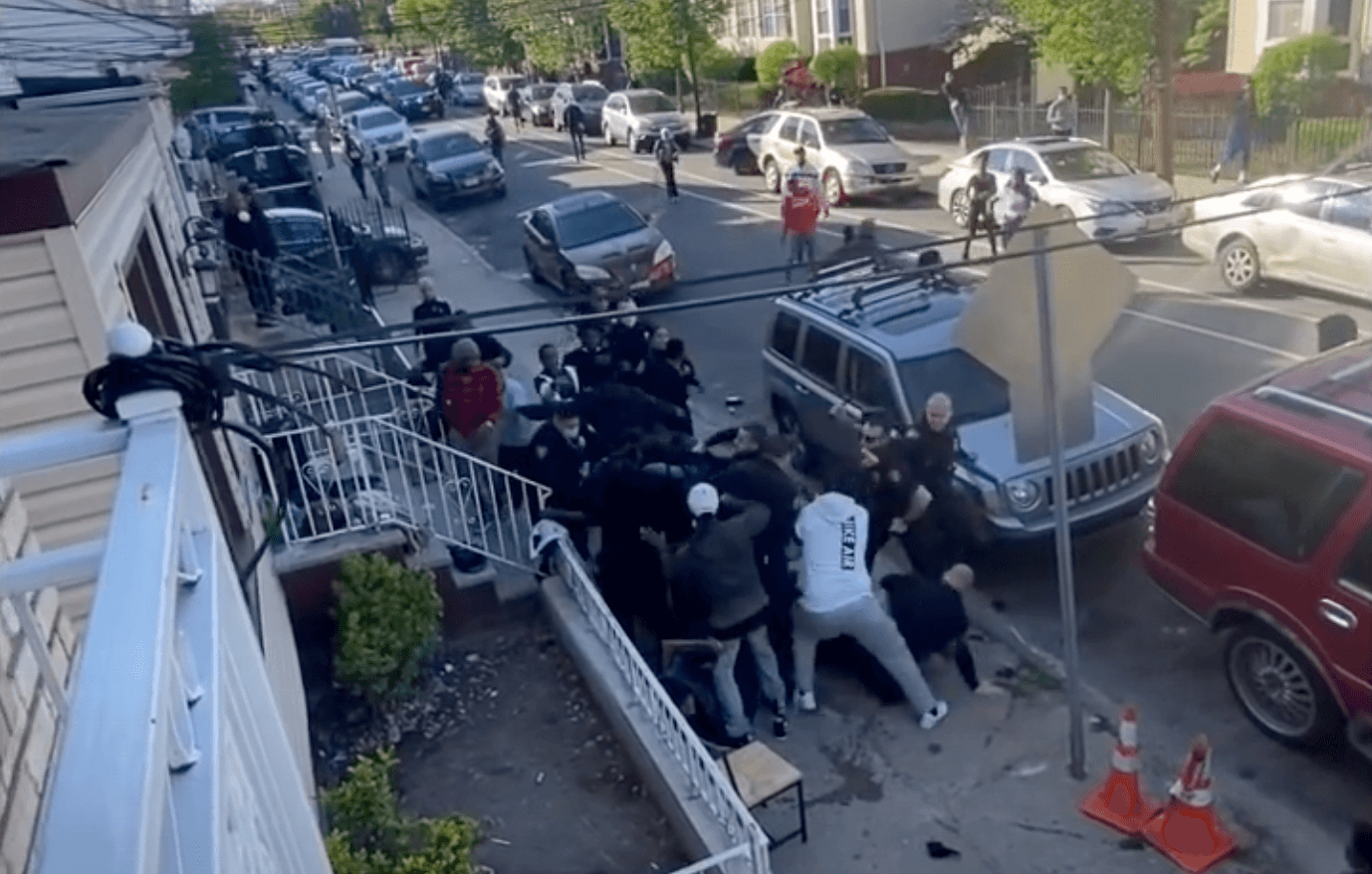 Today the Office of the Hudson County Prosecutor released its findings regarding the May 5 melee on Bostwick Avenue involving civilians and police.  (Jersey City Times weighed in on the incident here.)

The Hudson County Prosecutor’s Office conducted a detailed and thorough review of the May 5, 2020 Bostwick Avenue street fight and response by members of the Jersey City Police Department. The extensive review included examining video footage retrieved from numerous Body Worn Cameras and private camera and social media footage, as well as interviewing more than a dozen individuals.

While any use of force by an officer is difficult to watch, in many instances the totality of the circumstances must be reviewed and understood before judgment on those actions can be rendered.

In this specific situation, Jersey City police officers responded to multiple citizen 9-1-1 calls regarding a large street fight on Bostwick Avenue between Martin Luther King, Jr. Drive and Ocean Avenue shortly after 5:15 p.m. Callers described a group of 20 to 100 individuals engaged in a physical altercation that included screaming, punching and kicking. This incident occurred during the Executive Order signed by Governor Murphy requiring individuals to stay home and/or social distance due to the COVID-19 health emergency.

However, after repeated attempts to de-escalate the incident with verbal commands to disperse failed, Body Worn Camera footage and cell phone/social media videos show a chaotic scene unfold. Ultimately, several individuals – while resisting arrest and/or interfering in the officers attempt to effect a lawful arrest – took criminal action toward the officers justifying the use of some degree of mechanical force.

During the ensuing struggle another officer was pushed to the ground with an actor climbing on top of him exerting physical force against the officer. Another individual interfered in police efforts to subdue and arrest the actors. OC Spray was deployed by two officers and one officer used his baton on two individuals. Four adults and two juveniles were charged with numerous offenses stemming from the aggravated assault upon the officers and subsequent interference with police action.

As part of the Hudson County Prosecutor’s Office’s review, a complete canvass was conducted on Bostwick Avenue in attempt to speak with any witnesses to the incident. In addition to this review, Prosecutor Suarez and members of the HCPO staff met with community leaders to view the Body Worn Camera footage. This video has also been made available to the public.

Additionally, all video footage was shared with the Federal Bureau of Investigation (FBI) and the New Jersey Attorney General’s Office of Public Integrity and Accountability (NJ OPIA). The Prosecutor’s Office has consulted with and been in communication with the NJ OPIA from the start of this investigation.

The Hudson County Prosecutor’s Office has completed its criminal review of the force employed by Jersey City police officers during this incident. Based upon the totality of circumstances, there is an absence of proof beyond a reasonable doubt that these officers committed criminal acts. Accordingly, these officers’ use of mechanical force will not be presented to a Hudson County Grand Jury.

However, this does not end the inquiry. This matter must now be reviewed by the Jersey City Police Department Internal Affairs Unit for an administrative investigation to determine if the officers’ use of force was consistent with the Attorney General’s Use of Force Policy and the Jersey City Police Department’s (“JCPD”) Use of Force Policy contained in JCPD General Order 02-16.

November 3rd Board of Education Rematch
Scroll to top