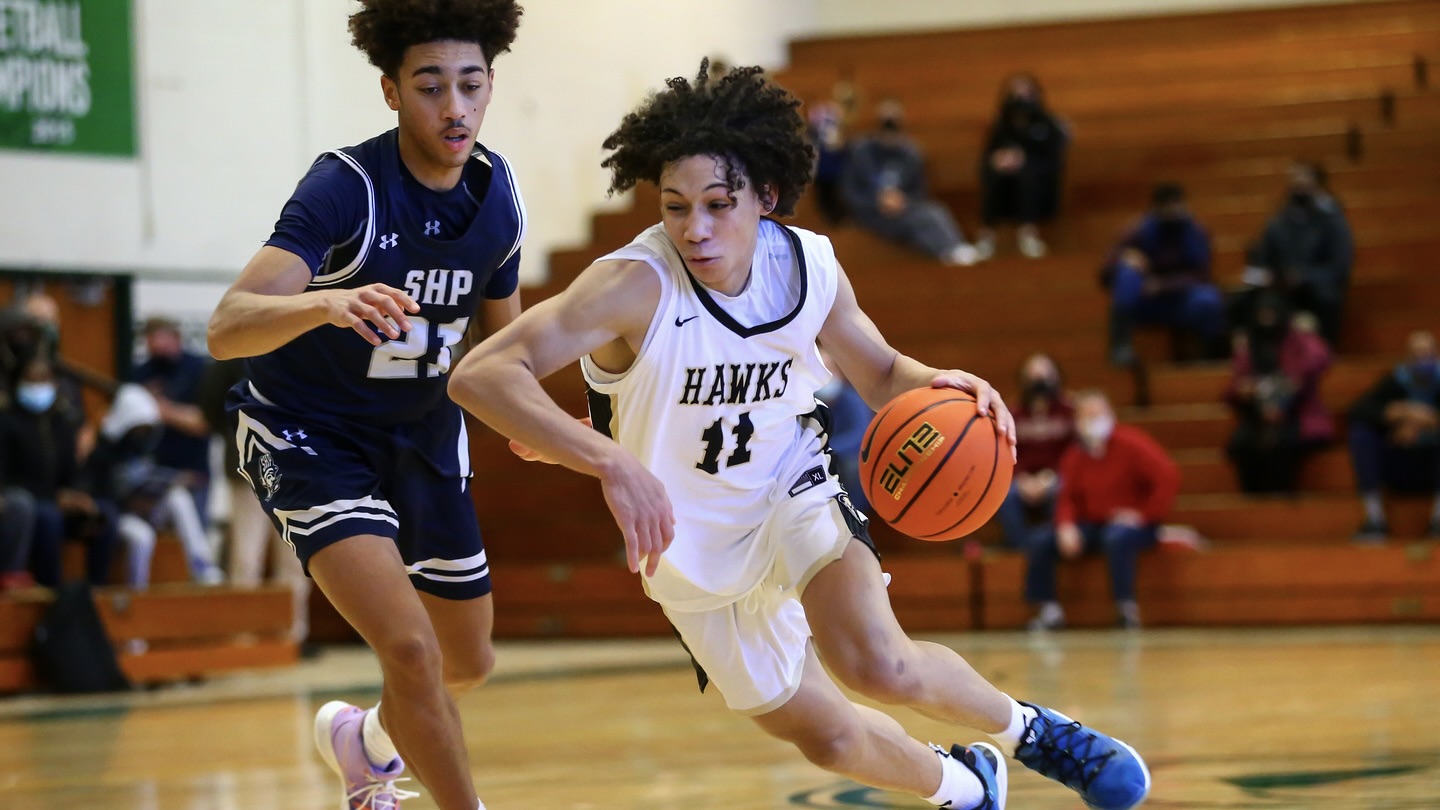 For Hudson Catholic High School’s Hawks, January 8th’s “Hoopfest” was a win-win. Not only did the basketball team take down rival Seton Hall, but they helped to raise money for a worthy cause.

Here’s how the game was described by The Scholarship Fund for Inner-City Children (SFIC), the organization behind the effort. 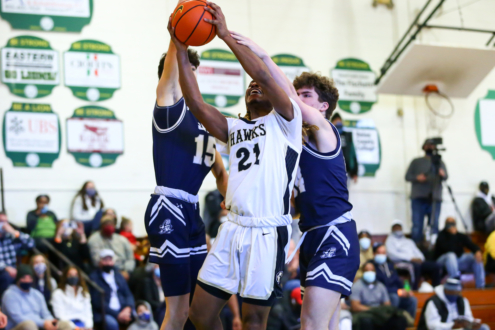 “A 24-5 third quarter in favor of Hudson Catholic led the Hawks to a 65-43 boys basketball win over Seton Hall Prep in the second game of the Hoopfest. The lead was just 28-22 at halftime, but Nick Marinello’s high-flying backcourt was too much for the Pirates to handle. Elijah Gertrude led with 17 points and Tahaad Pettiford added 14. Ranked ninth in New Jersey, Hudson Catholic improved to 5-1, while Seton Hall Prep fell to 6-2.”

In addition to the basketball games, SFIC recognized the academic achievements of a few of the players. Those with the highest grades on all six teams — including the team from the non-archdiocesan Columbia High School — were given a plaque acknowledging their classroom accomplishments.

“Everyone had a great time,” said Teresa Gilhooly, SFIC’s special events manager. “The kids had a lot of fun. It was a great way of celebrating the student athletes and showcasing the schools within the archdiocese. And the money raised is going to make a difference in many children’s lives.”

Launched in 2004, High School Hoopfest has become a beloved tradition for SFIC, with many NBA stars like Kyle Anderson and Karl-Anthony Towns having participated over the years. All proceeds from the event’s ticket sales support SFIC’s scholarships, which benefit children at or below the poverty level without regard to ethnicity, gender, race, or religion so they can attend private or parochial schools within the Archdiocese of Newark. To learn more about SFIC and its scholarships, to here.