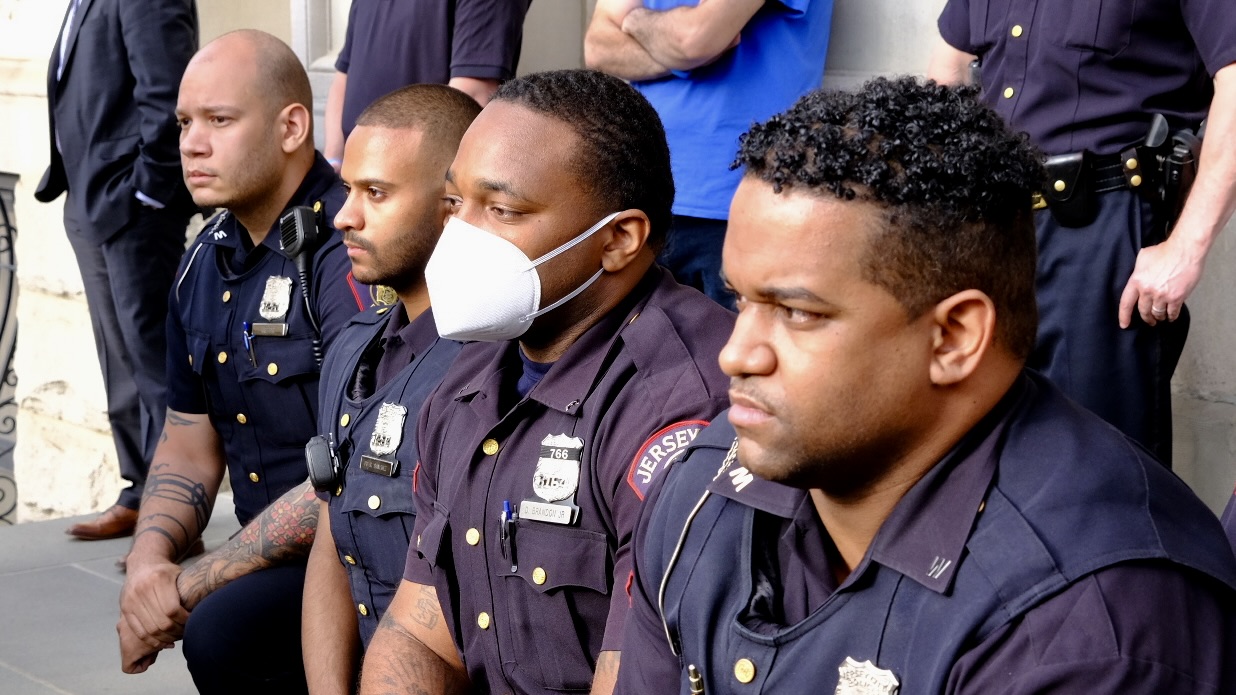 Mayor Steven Fulop and Public Safety Director James Shea have held out Jersey City as a model for the diversification of an urban police department. And although there is ample evidence that the administration has made progress in the recruitment of minorities, a report by NJ Advance Media has called into question what the actual numbers are.

Last month, NJ Advance Media released the results a study of nearly 400 participating law enforcement agencies across New Jersey. The report found that while the Garden State’s population is 54 percent white, whites make up 74 percent of the police force overall, above the national average of 71.5 percent, according to the most recent Justice Department data.

Wrote the authors, “Research shows negative impacts on both sides of the equation: Police departments that don’t look like the communities they serve can be more prone to abuse and resistant to reform. The public can be less likely to cooperate with, trust or report crime to those departments.”

In a piece two days later, the Jersey Journal, which is owned by Advance Media, painted a very different picture however. According to the mayor’s spokeswoman Kimberly Wallace-Scalcione, who was quoted in the article, the mayor had “transformed the department from a majority-white one to a majority-minority force.” To bolster this claim, the administration had, apparently, provided the Journal with updated numbers to replace those that its parent company had been given only months earlier.

According to this new data, in a matter of months, the percentage of Black officers had climbed rapidly from 11 to 14 percent. Hispanic officers had jumped from 31 percent to 41 percent and Asian officers had remained static at 4 percent. The updated numbers also found non-white racially “other” officers who hadn’t been included in the numbers given to NJ Advance Media. Together, these updated numbers flipped the story from Jersey City as a majority white police force to majority-minority.

With these new figures, Jersey City’s police force was now, according to the administration, 64 percent minority. No explanation for the sudden addition of the “other” minority classification was given. Without that addition, minorities would make up 59 percent of the force.

Five months earlier, however, the administration had put out a press release saying “Minorities now [make] up nearly 75% of all officers department-wide.”  This was 11 percentage points higher than the number given just last month to The Journal.

The administration has not responded to a request for comment on these discrepancies.

Whatever the reason for the wildly different numbers, there is little doubt that the force is more diverse now than when the administration came in.

A Jersey City police officer who asked to remain anonymous, told The Jersey City Times “There has been major headway in diversifying the department. The lower ranks has reflected much of the city’s population and many are from the city.”

Change has come to the top as well. In February, the mayor named Tawana Moody to become the first Black woman to lead Jersey City’s police department.

But recruiting people who reflect the community remains a problem, according to the officer. “There are still instances where the city’s residency requirements are circumvented by some. These officers or firemen don’t know the city or its residents but have a connection through a family member on either department.”

“Alive Is a Matter of Opinion,” at SMUSH Gallery