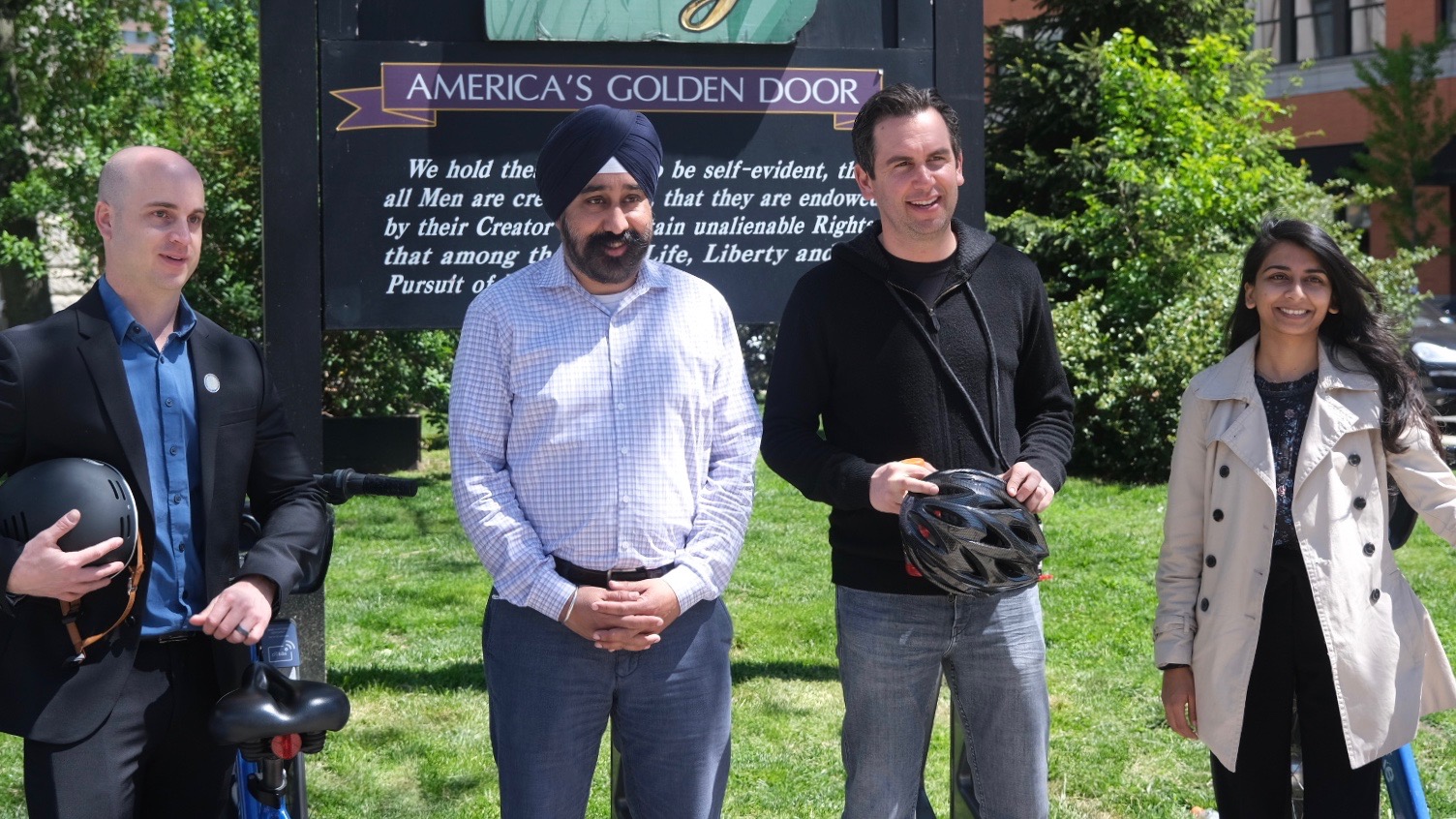 Jersey City Mayor Steven Fulop and Hoboken Mayor Ravi Bhalla mounted bikes today at City Hall and rode to Hoboken to kick of a newly unified bikeshare system that will include 820 bikes across Jersey City and Hoboken under a five-year agreement. 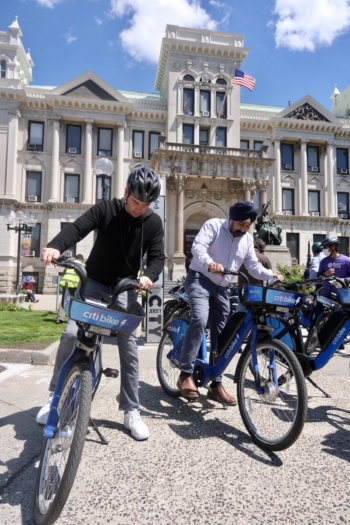 As he was called by Fulop to get on his bike, Bhalla told Jersey City Times that bringing Citi Bike to Hoboken “took some time to make happen but we’re now really excited… both municipalities are in agreement that pro-active investment in bicycle infrastructure is as important if not more important than other forms of infrastructure.”

As part of the agreement, Jersey City will also add two new Citi Bike stations in Greenville, chosen by local residents, within the first 60 days. Within the next two years there will be 15 additional stations with the contract stating 75% of all new stations must be outside of Downtown, utilizing community input.

In addition to the 82 stations in Hoboken and Jersey City, riders will be able to use over 1,400 stations in New York City. An annual membership can be purchased for for $179, which includes unlimited 45 minute rides on “classic bikes” and 33% off the cost of renting an ebike. Non-members can also use the system “a la carte” at a higher cost per ride.

Using the Lyft app, users can find stations and rent bikes. Lyft is the owner of Citi Bike.

Creating a unified bikeshare system furthers the “Vision Zero” goals of both cities to eliminate transportation deaths and serious injuries.

Hoboken Councilman Phil Cohen was ecstatic. “This is a great day for Hoboken. We were the first community in New Jersey to have a bikeshare program in 2015 and unfortunately we’ve been without one since October. To formally have our first ride from Jersey City to Hoboken – to link the Jersey City Citi Bike program with Hoboken is a wonderful thing for our community.” Cohen added, “I’m looking forward to linking protected bike lanes between our cities. I’d love to see a golden spike moment where we link Marin Boulevard with Observer Highway. That would be a great day.”