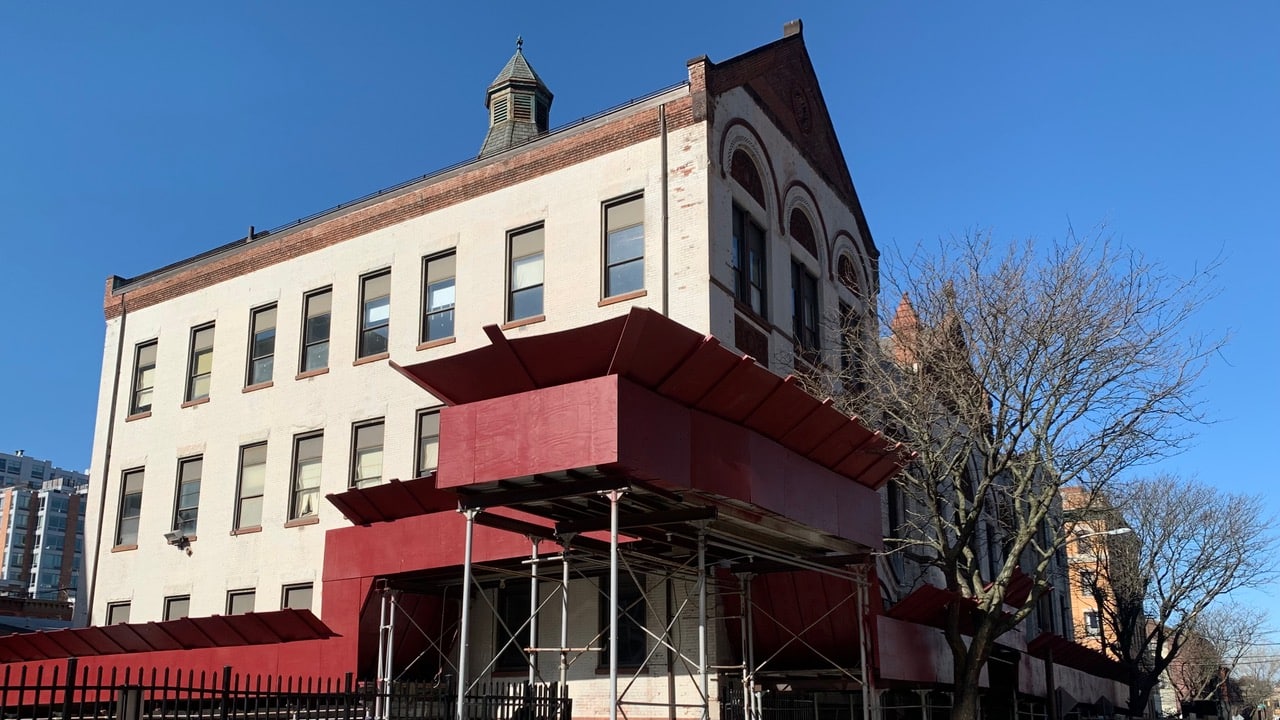 Two iconic buildings that have stood in downtown’s Paulus Hook neighborhood since Civil War times were once again spared demolition after a six-hour meeting of the Jersey City Zoning Board of Adjustment on Tuesday.

The Board voted 6–1 to uphold its 2019 ruling, which prohibits St. Peter’s Preparatory School officials from demolishing St. Peter’s Original Parish School and St. Peter’s Hall and Parochial School at 137–155 York St. The school has owned both 19th-Century structures  since 2005.

St. Peter’s officials’ appeal of this ruling was heard by the commissioners at Tuesday’s meeting, but the testimony of witnesses called by the school’s attorney, Charles Harrington, failed to convince the commissioners that the buildings were in imminent danger of collapse or that remedies other than knocking the buildings down were impossible.

Stuart Lieberman, representing the Historic Paulus Hook Association, called witnesses who disagreed with St. Peter’s officials’ claims that the buildings had foundational damage that would make efforts to restore the unoccupied building dangerous to any crews working on the building or people on the streets.

“I don’t see what could possibly be appealed right now,” Senior Historic Preservation Specialist Maggie O’Neill said after both sides testified. “It was mentioned repeatedly tonight that the HPC ignored the structural instability of the building. To say that they completely disregarded that is insulting, and frankly, I think they deserve an apology.”

Josh Jacobs, who chairs the Zoning Board of Adjustment, said, “I didn’t feel I got a consistent, understandable testimony from the applicant that there’s no option other than demolition Jacobs voted to uphold HPC’s decision. 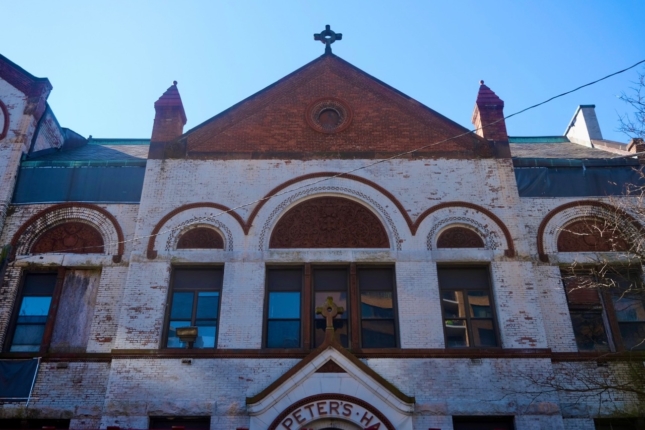 Earlier in the meeting, Jacobs asked St. Peter’s officials whether there was maintenance they could have done over the years to prevent the buildings’ conditions from worsening.

“It’s a soil issue, there’s no remedy for that,” said Thomas McGinty, an architect and engineer for St. Peter’s.

Donald Friedman, a structural engineer who was one of the Historic Paulus Hook Association witnesses, said the building’s damage was not to structural elements but instead to a concrete slab and stairs.“There is nothing that indicates structural, systemic failure,” he said.

Paulus Hook residents, people from across the state who had attended St. Peter’s, and preservationists stayed past midnight to comment before the board voted.

Sussex Street resident Jeanne Daily was one of many who said they had done extensive work on their homes, buildings that have been subject to the same soil conditions and been damaged in the same storms as those of St. Peter’s.

Resident Susana Holguin-Veras said, “Consider what the reversal of this denial would do: It would signal to developers that all they need to do to demolish is to neglect a historic property, and it would be approved.

Chris Perez, a board member of the Jersey City Landmarks Conservancy, said homeowners with lesser means than St. Peter’s had to complete restorations of their homes in the historic district in which its buildings sit.

“Why should St. Peter’s be held to a different standard?” he asked. “The question here is not whether or not these buildings can be preserved but who has the appetite to take on the task?”