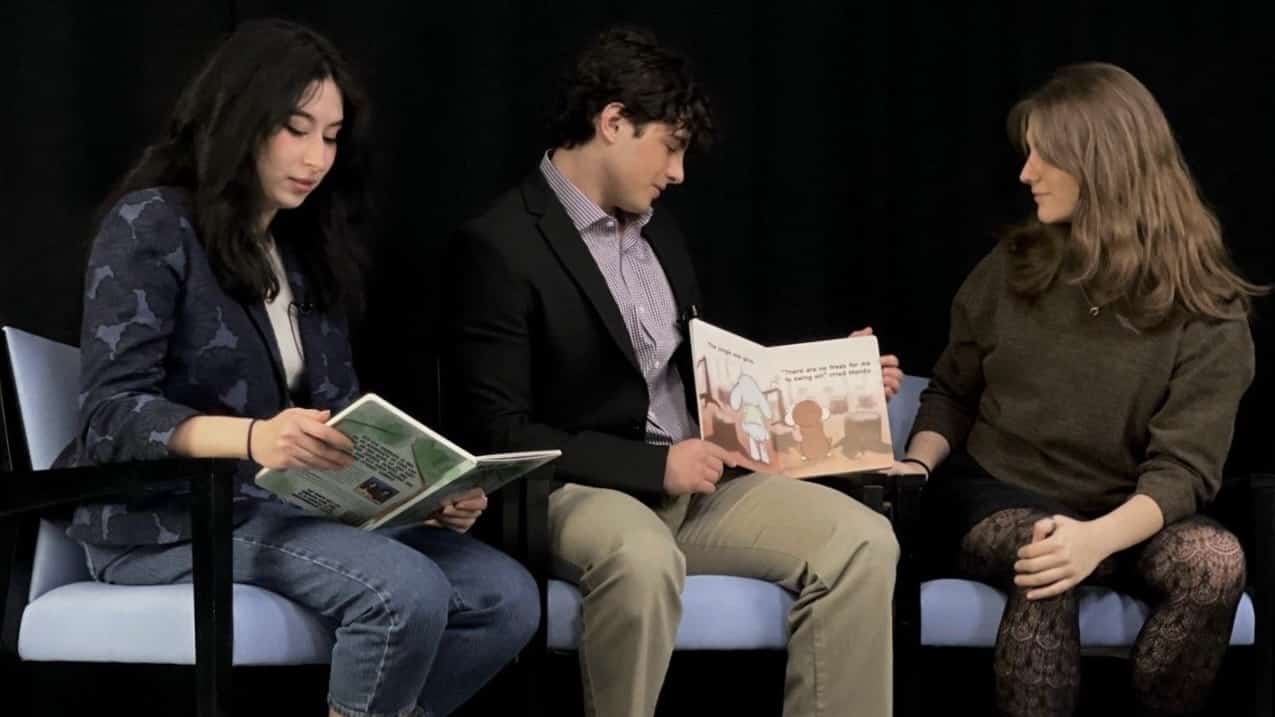 Passionate about wildlife and conservation, two recent Hudson County High-Tech High School alums recently partnered with a young artist to publish “Eco the Elephant Saves the Jungle,” a picture book for young children about the environment. After an 11-month incubation process, “Eco” debuted in February. Since then, 18-year-old co-authors and High-Tech alums Roxy Hreb and Zach Fieldman and 23-year-old artist Zelda Jones have notched hundreds of sales. Hreb and Jones are from Jersey City; Fieldman lives in Hoboken.

Hreb, who came to Jersey City with her family from her native Ukraine at age 9, worked on her family’s produce farm, a formative experience she said instilled in her a huge appreciation for nature.

“Eco the Elephant” emerged “with the hopes of inspiring the next generation of kids to think about environmental science and sustainability,” she said.

The group practices what it preaches. After researching what type of printing material would do the least harm to nature, the team opted to use a type of thicker cardboard. They also pledged to donate 10 percent of the revenues from the sale of each book to an environmental charity sanctioned by the U.S. Forestry Service’s plant-a-tree program.

Already, the team is well on its way to producing a second little volume in what they envision as a series of 10 to 15, all featuring talking animals echoing the theme of preserving the natural habitat shared by all living creatures.

The first book sets the tone with a character called “Mandy the Monkey” confronted by the problem of having no more trees to swing on–exploration of deforestation in simple terms for younger readers — with Eco the Elephant saving the day by instructing Mandy and friends to plant new trees to secure a new habitat and the jungle grows back.

In this way, Hreb said, “we present solutions that kids learn they can pursue themselves at some point.”

To get that point across in a way that would both amuse and instruct young readers, the students talked to pre-school and kindergarten teachers to figure out how to present their materials both in terms of language and pictures. They also consulted children’s book author Pavle Sabic (“Walter the Wanderer”) and Shelly Witham, an environmental science professor at Rutgers, among others.

Jones studied animation for two years at the School of Visual Arts and has also worked on  commercial storyboards and product designs. She hopes Eco the Elephant will help her build a successful freelance artist career.

Once the team had their creative end covered, they researched different business models and decided to self-print to maximize profits. With a self-imposed 30-day deadline, they raised $5,000 on Kickstarter from roughly 60 donors. Eco the Elephant would log in at 24 pages. The group decided to retail it for $10 per copy.

According to Hreb, public readings of “Eco the Elephant Saves the Jungle” at book fairs, festivals and classrooms have been encouraging. Which is a good thing since, as Fieldman noted, “we just got delivery of 1,000 books” to sell.

Once the summer ends, Fieldman will embark for San Diego State University where he plans to study business; Hreb, will stay east to take advantage of a full scholarship to study environmental science and economics; and Jones will continue pursuing her art career.

But the three will meet virtually to flesh out their second protagonist. “Timmy the Turtle” has stories to share on the impact of pollution on oceans and coral reefs.

Will the Music Stop at the Golden Cicada?

The Katyn Monument is About More Than Katyn
Scroll to top