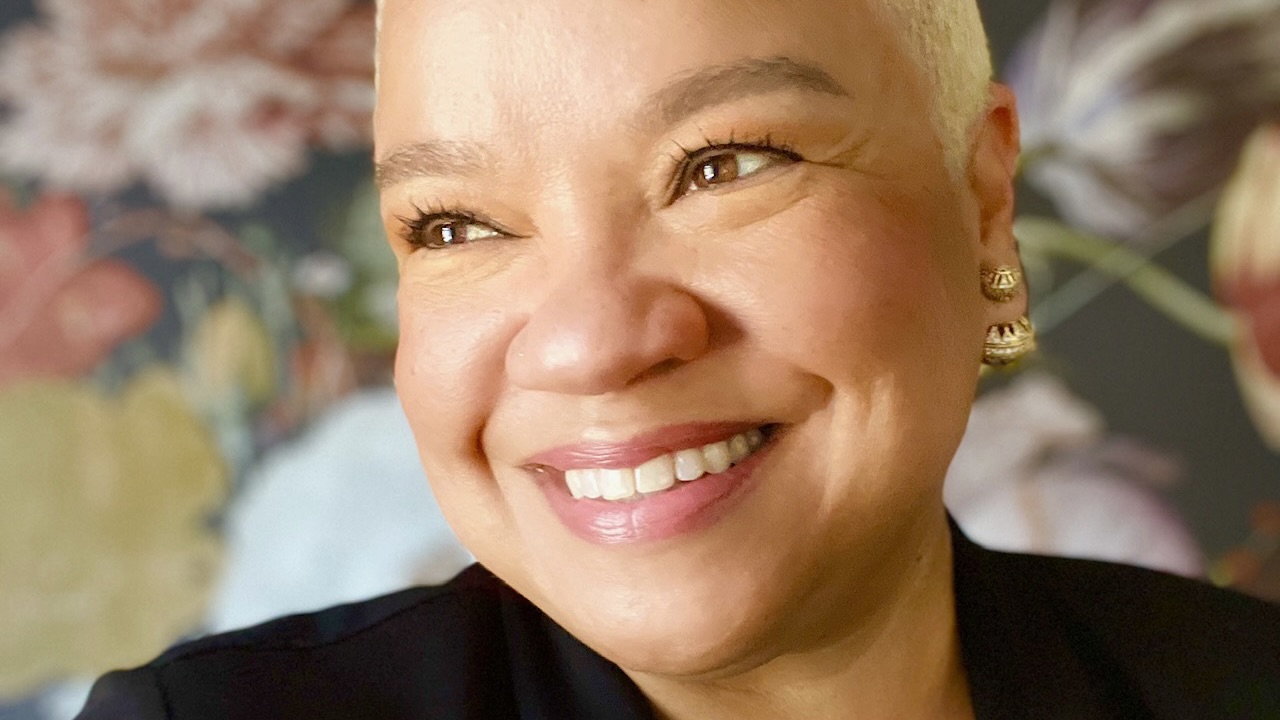 Kim Myles, the creator, producer and star of High Design on Discovery Plus, is one of many people who yesterday celebrated the first day of legal cannabis sales in New Jersey.

Myles won HGTV’s Design Star 2 award in 2007, and her show Myles of Style ran for three seasons on HGTV. She won an Emmy for the Oprah Winfrey Network’s Home Made Simple.

On High Design, which premiered April 13, Myles makes over struggling mom and pop cannabis dispensaries. “I’m going to take what I know—my expertise as a designer, worker in cannabis world, and consumer—to lift up mom and pop shops,” she said.

“I’ve been a lover of cannabis since I was 20, so…many years.” She laughed, “It was striking to me that I was in dispensaries and spending a lot of money and the retail experience did not match the receipt. Looking around waiting rooms, there was a diverse range of people,  diverse range of ethnicities, ages, and needs. Why are all of us standing around in hovels like we’re doing something wrong?” she wondered.

Myles decided to rectify the situation. She spent 2017 working her way up from “budtender” to assistant general manager of a major dispensary in Beverly Hills in order to understand the retail cannabis business (or “cannabusiness as it’s called) and learn the moving parts of the industry and the legal issues involved. “It’s like normal retail jacked up 100 percent as far as complications,” she said.

And even though she had worked for a larger outfit, Myles said she had always supported smaller dispensaries.

“We wanted to cast a diversity of stories, different stories in different states, different backgrounds, different women, different people of color. I wanted to dip in as much as I could in six episodes: why so many people are getting into [the cannabis business] and what the hurdles are.”

For Myles, the process is not just artistic in nature but emotional. On the first episode, she cried after the reveal ”because this is why, this is the point: real people, real entrepreneurs in the green rush of this amazing industry, and these small mom and pops fighting to hold on and compete in this onslaught of huge corporate money,” she explained.

The biggest challenge Myles faced in the show was navigating each state’s laws. “For example, you can’t come in through one door because there is a live feed to the state. If someone from my team doesn’t have an ID, that’s a $100 thousand fine to the owner,” she said. Or another example: Some states allow TV crews to touch cannabis while dressing the sets; other states don’t.

Myles moved to Jersey City in 2018 “because Jersey City is the bomb.” Originally from Queens, she moved to LA for work, and said that when it came time to come back to the East Coast, she wanted to live in Harlem but that “when it came time to buy, I said, ‘Hi Jersey City!’—particularly the Heights. I love the vibrant, artistic, diversity of people, the old buildings, the super old gross trees…the best restaurants. it’s alive, and it feels really good. It’s a good vibe and good community.”

Myles looks forward to visiting local spots such as Leaf Joint once they are an approved dispensary. “I never thought when I was buying my weed from a dude in the apartment downstairs that one day I would be able to see this, to be able to buy my medicine,” she reflected.