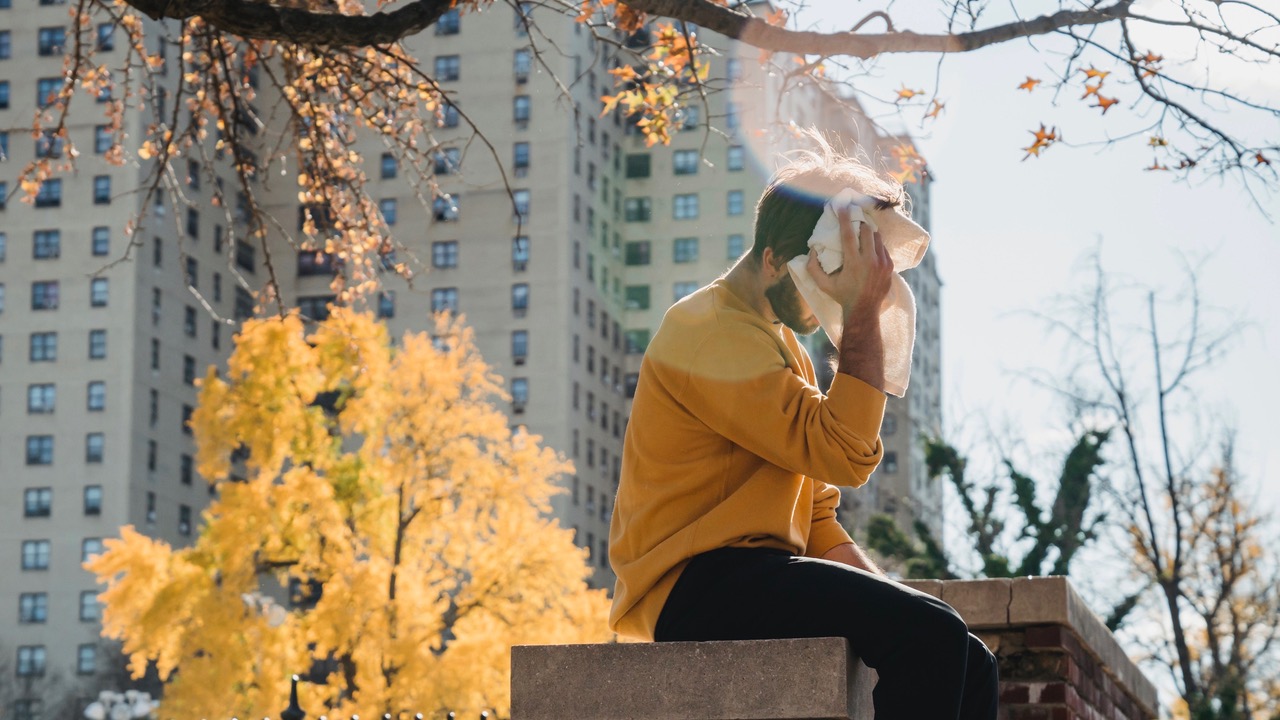 Sustainable JC, a network of community groups and individuals advocating for more environmentally friendly practices and policies in Jersey City, this summer will map heat “islands,” areas of unusually high temperature and air pollution triggered by a disproportionate area of heat-absorbing asphalt and a paucity of trees, in Greenville and Bergen-Lafayette. 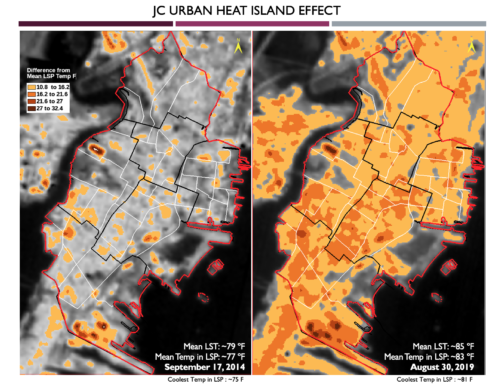 Sometime in late July, when the hottest day of the year is forecast, residents of Greenville and Bergen-Lafayette will see a small mobile convoy outfitted with tubular-shaped devices measuring air temperature and quality. The focus of the project—part of a $10,000 Unilever 2021 Change Makers & Do-Gooders Community Grant—is Wards A and F since the “urban heat island effect” has been shown to disproportionately exist in minority communities.

Armed with this information, SJC will be better positioned to petition the city administration to plant more trees to restore the citywide tree canopy to a more acceptable level, provide cooling shelters during summer, secure solar-powered bus shelters and adopt legislation that would compel developers to install “green” or “cool” roofs on new buildings, said Deb Italiano, founder of SJC.

Just as it does with its “citizen science” tree mapping program begun last year, SJC will train and deploy city residents to collect the data for the heat island project. (And in this case they will be joined by Unilever employees). 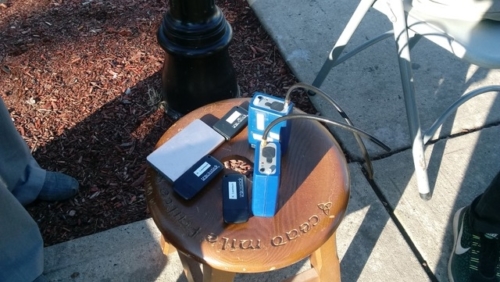 So, if you see people riding up and down MLK or Garfield Avenues wielding strange looking monitoring devices and stopping to take measurements, don’t be alarmed. Don’t call the cops. These riders of the asphalt plains are on a mission to protect the most vulnerable from the unhealthful air that is all around them.

“The data coming out of these studies will form the basis for municipal decision making and our own equity-focused climate action planning,” Italiano said.

Robert Laumbach, an associate professor at Rutgers School of Public Health who also does clinical research with EOHSI, noted that there’s already plenty of scientific evidence showing that much of the Garden State’s air quality is anything but sweet-smelling. 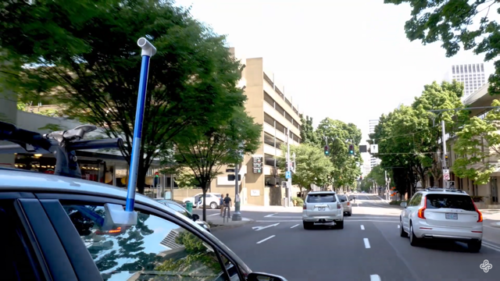 Given the proliferation of fumes from such sources as vehicle’s tail pipes and industrial smokestacks, it should come as no surprise, Laumbach said, that “all of New Jersey is out of compliance with ozone standards.” And conditions are “worse on hot summer days.”

But while federal environmental regulators have positioned meters around the state to check levels of regional pollution, “they miss what’s happening” around local hot spots like the heat islands that SJC plans to target, he said.

As Italiano put it, documenting the problem is essential to justify steps to remediate it. “Common sense and anecdotal evidence don’t cut it…we can’t manage what we don’t measure.”

According to Italiano, the Unilever-funded effort is part of a four-year federal Urban Heat Island mapping campaign sponsored by the National Oceanic and Atmospheric Association (NOAA)’s Climate Program Office and the National Integrated Heat Health Information System, in partnership with CAPA Strategies.

As described by NOAA, the campaign, focused on 21 cities around the country “engages residents in a scientific study to map and understand how heat is distributed in their communities and produces high-quality outputs that have been used in city sustainability plans, public health practices, urban forestry, research projects and other engagement activities.”

Downtown Jersey City Councilman James Solomon labeled the urban heat island effect and accompanying air pollution “a scourge that that affects everyone and is especially harmful to our city’s most vulnerable.” He credited Unilever’s investment in documenting the impact, along with the partnership of SJC, Rutgers EOHSI and CAPA Strategies, as a benefit to the city.