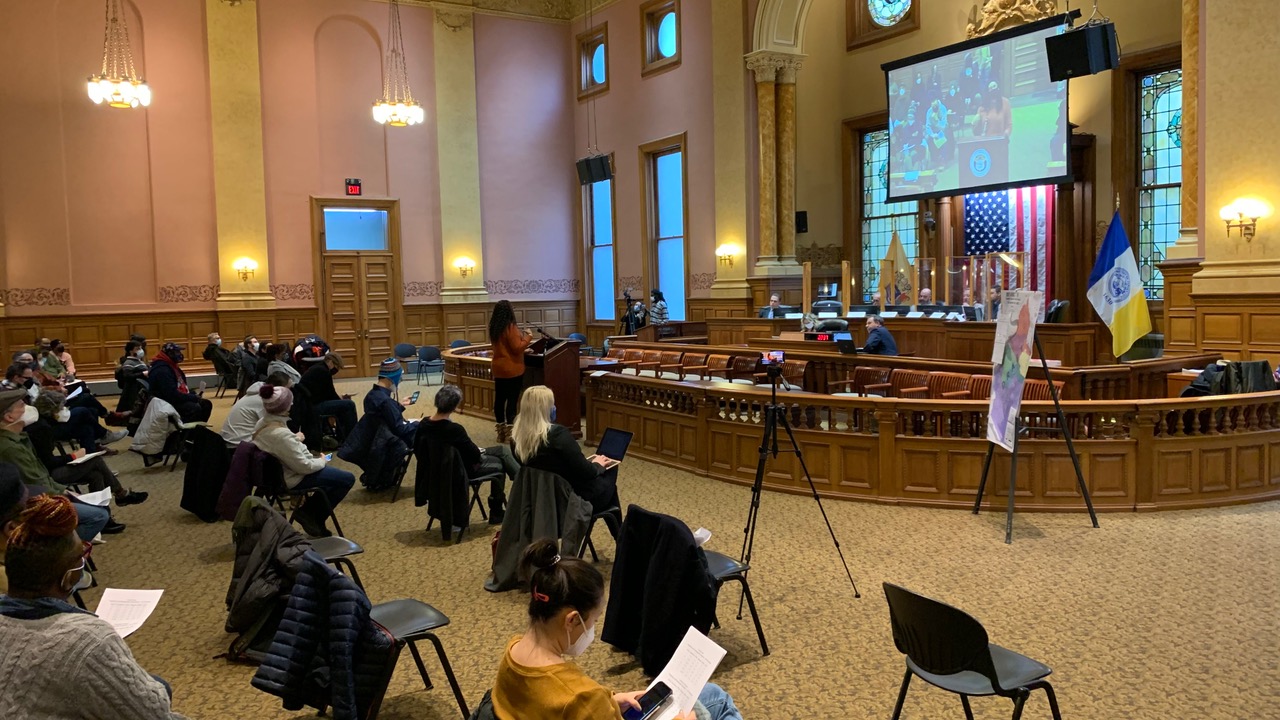 Ward F Councilman Frank Gilmore and a coalition of local organizations have filed suit in the Superior Court of New Jersey to invalidate a controversial map that redrew the boundaries of Jersey City’s six wards.

The map was adopted by the Jersey City Ward Commission on January 22 despite overwhelming public opposition and claims that the Commission, headed by Mayoral Chief of Staff John Minella, had acted to disempower newly elected Ward F Councilman and mayoral critic Frank Gilmore.

In November, Gilmore defeated then Ward F Councilman Jermaine Robinson, a member of the mayor’s slate.

The new map removed a large portion of the Lafayette neighborhood, all of Liberty State Park, and several high profile developments from Ward F and placed them in Ward A, which is represented by Councilwoman Denise Ridley, also a member of Mayor Fulop’s slate.

The Lafayette neighborhood is often referred to as Bergen-Lafayette.

Said Chris Gadsden, spokesperson for Jersey City United Against the New Ward Map, and organizer of the community groups represented in the lawsuit, “Jersey City residents were appalled at the way in which our city was redistricted. We are united in our dedication to seeing this map changed to something more fair and reflective of who we are as a city.” 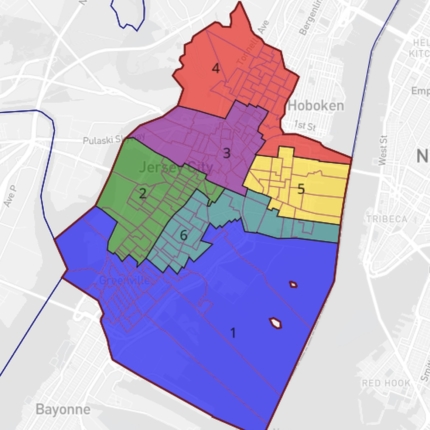 The 48-page, four-count complaint, filed on behalf of thirteen Jersey City groups and councilman Gilmore, alleges that the Commission failed to draw “compact” wards in violation of New Jersey’s law and constitution.

“Compactness of ward boundaries is essential to achieving the representational goals that justify the very need for wards in the first place, namely, to provide for greater representation of communities of interest bound together by common local interests and characteristics tied to their distinct neighborhoods,” say the attorneys.

Noting its “salamander-like” shape, the complaint alleges that Ward F “achieves an abysmal score on two of the most commonly used measures of compactness.”

“The Commission’s map,” say the attorneys, “splits apart historic neighborhoods and districts, splits buildings in half, fails to respect natural boundaries and topography, and otherwise breaks apart communities of interest in Jersey City.”

Beyond Ward F, the attorneys argue that the division of the Paulus Hook neighborhood between Wards F and E and the division of Newport between Wards E and D ignored “natural boundaries.” The map also violated “building integrity” says the complaint. “Residents who live literally in the same building as one another find themselves in different wards to be represented by different councilpersons.”

As an alternative, the attorneys created a ward map that they claim “achieves much better population deviation, is significantly more compact, splits many less neighborhoods and historic districts, does not split buildings, preserves communities of interest, respects natural boundaries and topography, relocates approximately 15,000 less residents from their prior ward boundaries, and otherwise better adheres to traditional principles of redistricting.”

The lawsuit alleges the violation of the free speech and association rights of the plaintiff-groups, who were denied their right “to elect a candidate of their choice.”

In addition, “The Commission retaliated against Plaintiff Frank E. Gilmore, as an individual and in his official capacity as Councilman of Ward F, for his advocacy and association with certain neighborhood groups in violation of his free speech and associational rights under the New Jersey Constitution.”

The Commission, says the complaint, also violated New Jersey’s Open Public Meeting Act by illegally excluding the public from attending and participating in certain meetings held by the Commission prior to its January 22, 2022 meeting.

The lawsuit asks the court to invalidate the Commission’s map and to order the drawing of a new one that complies with the Municipal Ward Law and the New Jersey Constitution.

Jersey City Has Fastest Cellular Service in the U.S.