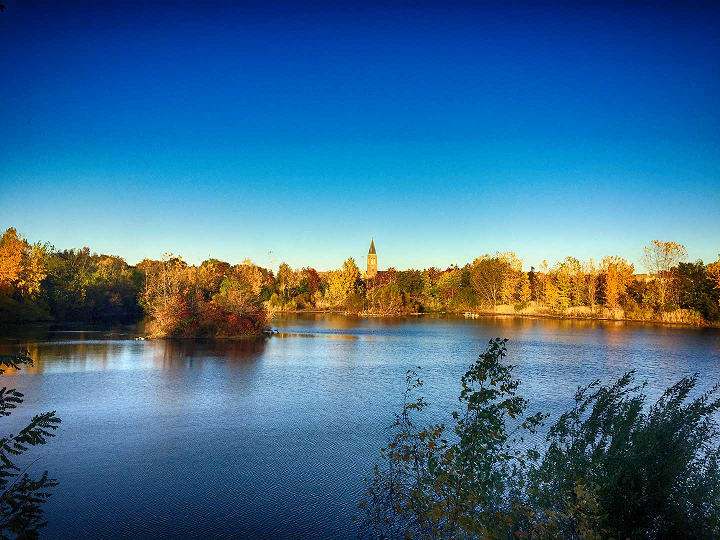 Mayor Fulop announced today that funding has been secured for the improvement of Reservoir 3 in the Jersey City Heights.  According to a press release, the project will include landscaped open spaces, a complete walking trail with access to the waterfront, lighting, and safety measures.

“This project will create another special place for Jersey City residents. This will be one of the great parks anywhere in North Jersey. The reality is, when you are in the reservoir area you don’t even realize you’re in a city. This project has been in discussion for nearly 30 years with residents recognizing the potential but nobody acting on it, and I’m glad we are able to move this forward. It will be an amazing addition to Jersey City,” he said.

Reservoir 3 is currently listed on the State and National Registers of Historic Places.  The City will match the $3 million in combined grants for the Reservoir 3 enhancements, which include:

“With these enhancements, Reservoir 3 can return to its glory to provide pristine open space for people from around the region, further putting Jersey City on the map as a destination for some of New Jersey’s greatest parks,” said Ward D Councilman Yousef Saleh.

“This is a critical project to preserve a piece of Jersey City history that has been decades in the making, and I’m really encouraged to see it finally getting the attention it deserves,” said Ward C Councilman Richard Boggiano.

Councilman at Large Rolando Lavarro takes a more nuanced view of the development. “While I’m excited that the city is making a substantial investment in a historic and important city asset, it’s absolutely critical that there is meaningful public engagement and participation in the design process. We should engage groups like the Reservoir Preservation Alliance and the Parks Coalition in a meaningful partnership. Also, we should reassess the City’s $3M financial commitments beyond the grant dollars. Due to COVID, the economy has changed dramatically. We owe it to Jersey city taxpayers to take that extra step.”

Jersey City Reservoir Preservation Alliance called a virtual meeting for Sunday, September 6 (see JCT Events Calendar) and issued the following statement: “For years we have put great effort into partnering with the City of Jersey City to rehabilitate Reservoir #3 into a public green space. As you may already be aware, the City is entering Phase 1 of these changes to the site. While we are ecstatic to see movement, the City is looking to move forward with plans with minimal involvement from the JCRPA, and even less opportunity for public comment. We are calling for a public meeting to share what we have learned thus far and receive feedback from community members in order to determine how to proceed.”

Jersey City—Not So Great for Retirees
Scroll to top