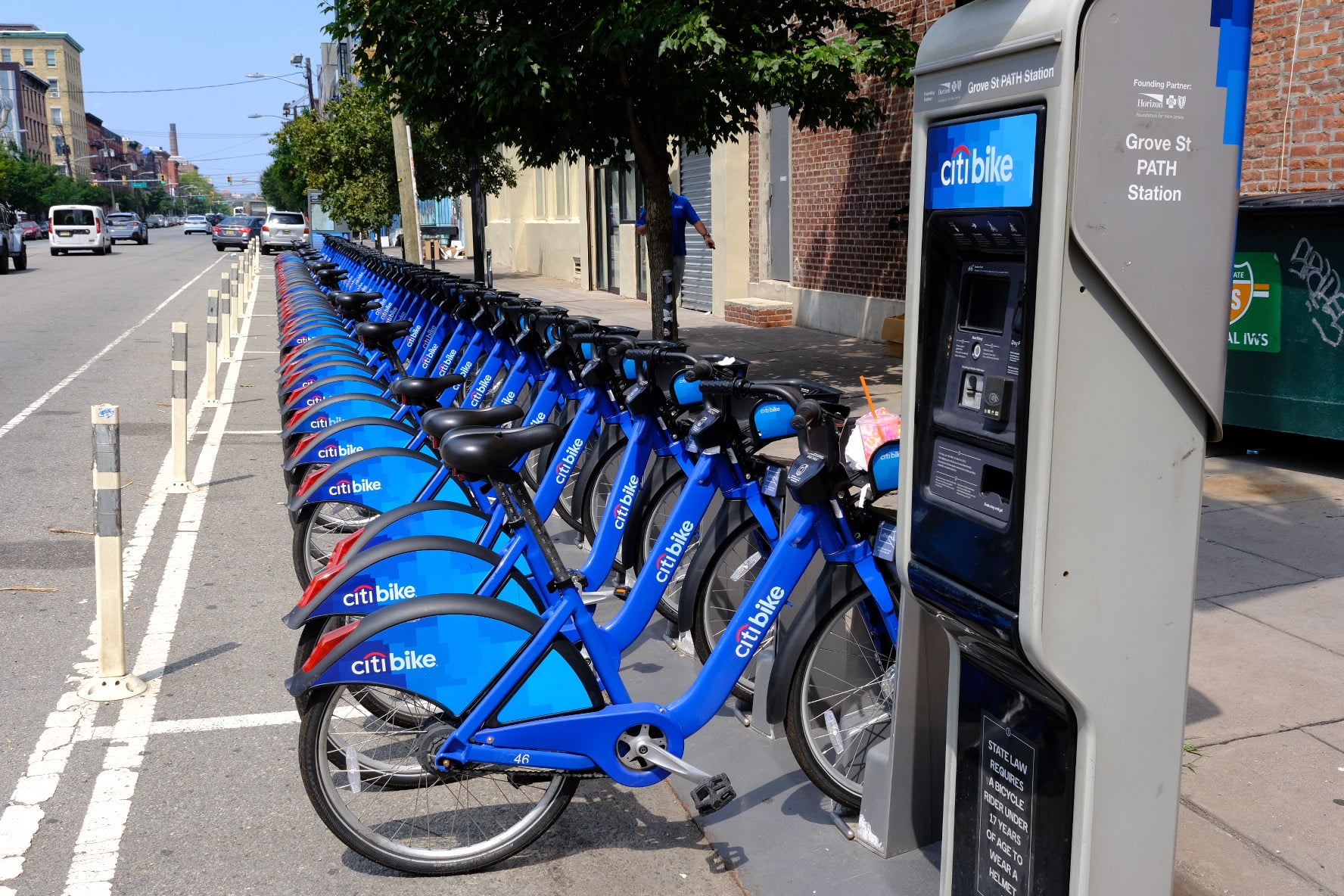 For all of those who have wondered why Hoboken and Jersey City use different bike-share systems, there’s news. No longer. Beginning this fall, the neighboring cities will will both use Lyft/Citi Bike, the same system used in New York City. Members of the Hoboken-Jersey City Bike Share Program can rent Citi Bikes in New York at no additional cost.

“It’s a pivotal moment as we work to foster safer and healthier solutions to the unprecedented challenges we’re currently facing due to the pandemic, and this bike share partnership is the innovate approach people are looking for to avoid crowded mass transit and opt for a safer, healthier, low-cost, and efficient means of travel,” said Mayor Fulop. “We’ve already seen how widely utilized Citi Bike has been in Jersey City, and I’m excited to expand that mobility beyond our city borders, making it much easier for residents and visitors to travel between the two communities for work, shopping, dining, and more.”

“I am thrilled that Hoboken will be joining Jersey City in upgrading our bike share system to Citi Bike,” said Mayor Bhalla. “This system will provide an integrated transportation option between Hoboken and Jersey City that is safe, affordable and convenient for residents, which is especially critical during the COVID-19 pandemic. Not only will Citi Bike provide for improved connectivity between our two cities but will also allow Hoboken residents to now utilize Citi Bike in New York City with one membership. We look forward to the launch of Citi Bike in Hoboken with Mayor Fulop this fall!”

According to Mayor Fulop’s office, a regional bike share company will help advance safer, alternative transportation options, a central component of both cities’ Vision Zero campaigns to eliminate pedestrian deaths and serious injuries within 10 years or less. Moreover, according to the press release, Jersey City and Hoboken are two of the most bike-friendly communities in New Jersey, with a combined 75 miles of protected bike lanes, conventional bike lanes, and shared lanes.

The combined Hoboken-Jersey City bike share system will initially include 800 bikes and 82 stations, making it one of the largest bike share programs in the eastern United States. During initial deployment, Lyft will maintain and make necessary upgrades to the existing 51 Citi Bike stations in Jersey City and will add 2 new stations on the south side of the city. In an effort to focus investments in underserved neighborhoods, Lyft will work with Jersey City to locate 75% of the new stations outside of Downtown.

In Hoboken, Lyft will install 30 new stations which will effectively replace the existing Hudson Bike Share stations. Starting in 2021, the system expansion in Jersey City will include an additional 15 new stations and 200 bikes, for a total program buildout of 95 stations and 1,000 bikes. Lyft will work with the City of Hoboken to add more stations in 2021 as well, pending available funding.

“Bike JC knows that many people who use bike share daily will be happy to be able to use a bike share system that is cross-compatible with our next door neighbors in Hoboken,” said Patrick Conlon, President of Bike JC.  “At the same time, we hope to see a larger investment from Lyft to expand not only north into Hoboken, but south and re-establish bike share into the sections of Jersey City.”

Forty percent of the bike share fleet will consist of pedal-assist electric bikes. The pedal-assist e-bikes, which are currently deployed in New York City, do not have a throttle, so riders will be required to pedal just like a conventional bike in order to for the electric assist to activate. According to the press release, the pedal-assist bikes will help riders travel further distances between the two cities to access employment opportunities, patronize local businesses, visit friends and family, and more. The pedal-assist bikes will be required to be parked at Citi Bike docking stations.

The Citi Bike agreement also includes better revenue share for both cities with five percent of annual ridership revenue above $2 million to be evenly distributed.  The new Hoboken-Jersey City bike share program contract will be subject to adoption from both City Councils.

Pricing will be as follows: