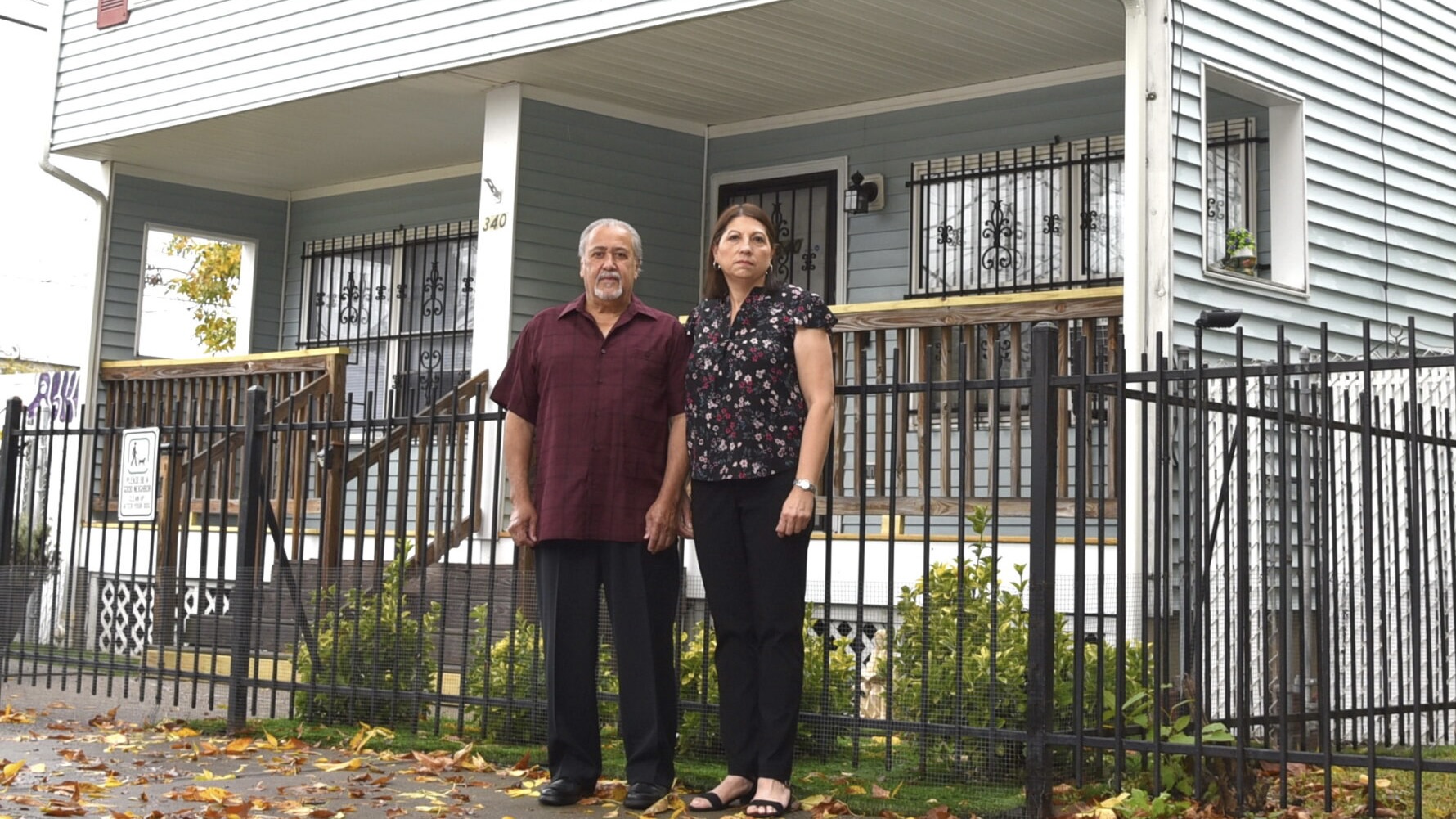 In our report last week “How the Mayor Stuck Wards A, B, C and D With $143 Million In Taxes,” we reported that the group Jersey City Together had moved on to fighting the “95/5” rule.  New Jersey Monitor has graciously allowed us to re-publish this report which goes into depth on the issue.

Luisa Reyes Mantilla was a young single mother in 1994 when she spotted an advertisement for low-income, first-time homebuyers in Jersey City.

To qualify, you had to have good credit, a few thousand dollars in the bank, and a willingness to rent the other half of your duplex to someone similarly in need. She called right away. 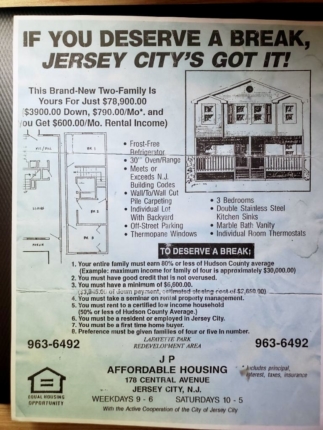 “My dad had recently passed away, and I could move my mother and special-needs brother in next-door. I thought it was wonderful,” Mantilla said. “At closing, I was so excited. This is what they told me, I’ll never forget it: ‘This is a very good investment you’re making. In the years to come, it’s going to be worth a lot of money.’”

Indeed, in the nearly three decades since, average home prices have tripled in Jersey City. The home that Mantilla bought for $78,900 is now worth over $600,000.

But Mantilla and other homeowners who purchased their properties through the same program won’t pocket most of that appreciation when they sell, because of a deed restriction they say they didn’t know was on their mortgages.

Deed restrictions are a common way for municipalities to preserve their affordable housing stock. They’re essentially conditions a low-income homeowner must meet in order to buy a discounted home with little money down and manageable monthly mortgage payments. Typically, they require a homeowner to live in and maintain the property for 20 or more years. If homeowners move before their time is up, deed restrictions usually require them to pay back some of the subsidy the municipality paid to cover the difference between their cost and the builder’s price.

But deed restrictions can include other conditions that vary from town to town.

In Jersey City, at least 100 residents bought discounted homes with a 95/5 deed restriction. Under that restriction, residents can sell their homes at market rate after 20 years — but 95% of the difference between that rate and the affordable housing rate goes to the municipality, and the seller keeps 5%.

In communities with flat or gradual real estate appreciation, such a strategy might not spark as much outrage.

But in Jersey City, where home prices have exploded as fast as Bruce Banner turns into the Hulk, residents saddled with these 95/5 deed restrictions say the deals have become a sneaky way for the city to cash in, at homeowners’ expense.

Worse, because homeowners paid out of pocket to repair and renovate their homes over the years, many say they’ll barely break even — and some will lose money — when they sell.

Indeed, critics say 95/5 restrictions perpetuate poverty because they prevent the homeowners — mostly poor and moderate-income people of color — from building generational wealth, a key perk of home ownership. That’s especially problematic in a state that has one of the worst racial wealth gaps in the nation, critics say.

“They told me in 20 years it’d be mine, so it should be mine. It’s not the city’s,” Mantilla said. “But it’s not our house. It was never mine. It’s just like we’re maintaining this house for the city. We’re landlords.”

In August, a group called New Jersey Together — made up of activists and leaders of more than 50 nonprofits and faith congregations — sent letters to Gov. Phil Murphy, Lt. Gov. Sheila Oliver, and Jersey City Mayor Steve Fulop asking for help. The letters prompted a few phone calls — but no meetings or concrete solutions.

“We see this as an injustice that contributes to the wealth gap,” Perry said. “The primary vehicle people have to build wealth in this country is real estate. But under this deed restriction, a tenant would come out in the same place at the end of 25 years, because they’re just babysitting the property and making improvements only for the city to benefit.”

Murphy, a Democrat seeking re-election next week, has said closing the wealth gap is a priority, and last month, he created a Wealth Disparity Task Force. A Murphy spokeswoman declined to comment.

A Jersey City spokeswoman said officials there are examining the issue and “exploring options to be fair and balanced for all involved.” Once they’re done gathering information, they plan to convene community meetings with residents to learn more about each case, spokeswoman Kim Wallace-Scalcione said.

She pointed out that the affected residents got a deal on the homes. They used federal Housing and Urban Development grants to buy the homes at discounted prices and had lower tax rates, Wallace-Scalcione said. Many also got rental income from a second unit, she added.

“Under the initial contract each homeowner agreed to and signed off on, the affordable housing unit can be sold at fair market price, with the owner receiving full repayment and an additional 5% of revenues from the full-price sale,” Wallace-Scalcione said, “with the remaining revenue allocated directly back into the Jersey City Affordable Housing Trust Fund so that other residents can have access to the same funds and the same benefits as these residents did.”

Affordable housing watchdogs suspect homeowners elsewhere around the state might be similarly affected, although New Jersey Together has focused its advocacy in Jersey City.

Many municipalities have handled 95/5 deals differently by requiring affordable home buyers to resell their homes to other low-income buyers at below-market prices, with the broader goal of preserving their affordable housing stock, said Adam Gordon, executive director of the Cherry Hill-based Fair Share Housing Center.

While 95/5 deed restrictions used to be common, they’re not used any more in part because of this issue, Gordon said. Indeed, they have led to litigation elsewhere. In 2013, about 160 homeowners sued Mahwah township — and won — after officials there tried to enforce a 95/5 rule on affordable homes that had passed their 25-year restriction period.

“This is a particularly arcane part of a really important issue, which is: How do you preserve affordable housing while also allowing people to build wealth?” Gordon said.

Still, a chronic shortage of affordable housing statewide persists. The National Low Income Housing Coalition estimates that New Jersey has 205,285 fewer affordable homes than it needs to house families and individuals who live below the poverty line or make 30% or less of their area median income. And 95/5 restrictions that allow homeowners to sell affordable units at market rate can worsen that shortage, critics say, because they fuel gentrification.

In Jersey City, the 95/5 discontent is part of a bigger brouhaha over affordable housing there. The city last year passed a law requiring developers of certain projects to make 20% of their units affordable, but the law included loopholes that critics complained gave developers an out. The Fair Share Housing Center sued, and a judge in August struck down the law as illegal.

With no solution in sight, the homeowners affected by the 95/5 restriction in Jersey City feel stuck in place.

Even worse, they feel hoodwinked. They say neither the city nor builder JP Affordable Housing explained the 95/5 restriction, and most came to closing without an attorney.

“I feel like I’m smarter than this. I even studied all this in school,” said homeowner Rosemary Nwabueze, whose postgraduate studies focused on public administration and urban and public policy. “Honestly, I’m embarrassed that I fell for this.” 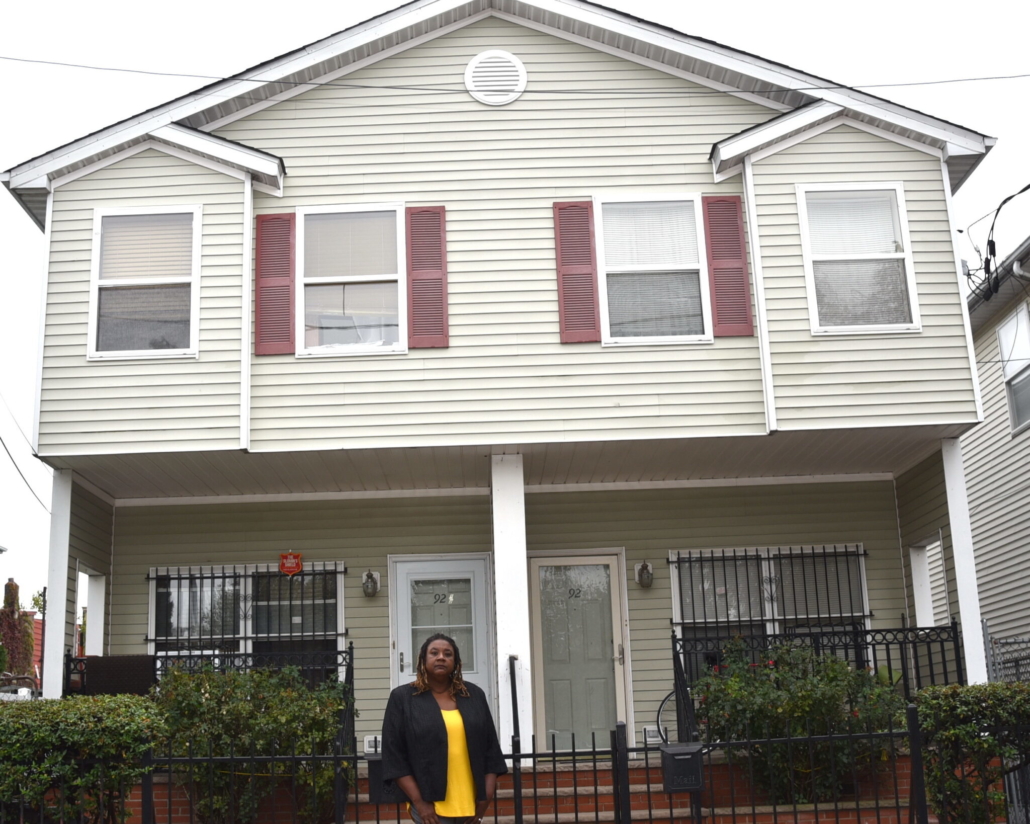 Homeowner Esperanza Garces said she didn’t have an attorney or an inspector.

“I was only 21 or 22 when I started this process, so I didn’t know what I was supposed to do,” Garces said.

JP Affordable Housing owner Gene O’Connell defended his company, saying staff gave homeowners a list of attorneys they could hire to represent them at closing and JP had its own attorney at the table as well. New Jersey doesn’t require real estate buyers — or sellers — to have an attorney.

He empathizes with the homeowners now.

“I think asserting the 95/5 rule on fair market now is really onerous,” O’Connell said. “Owning a home is the American dream, and you should be allowed to make a profit.”

Owning a home is the American dream, and you should be allowed to make a profit.

The deed restriction was problematic in other ways too: It prevented Mantilla’s children from getting financial aid for college.

“My kids were denied financial aid because I own property. According to financial aid, they said I had equity in my house,” Mantilla said. “But that equity is not mine.”

Because of a similar issue, Carly Olivier said the deed restriction kept his mother from getting a bank loan to help repair structural problems caused by repeated flood damage.

“We got very little from home insurance — not enough to deal with the underlying problem, which was the foundation eroding because of the constant flooding issues and the sewer system backing up into the home,” Olivier said.

Workers had to build concrete pilings to raise the house and replace the roof, which caved in due to the structural issues, Olivier said. His mother has had to rent a place across town since 2016 while workers fix the house.

“We will lose money on this house, because we still have repairs to make,” Olivier said. “But we still have to keep up with our taxes, our mortgage payments, all of it.”

Like many of the affected homeowners, Olivier’s mother is an immigrant — she’s originally from Haiti — and English is her second language. Olivier suspects a language barrier kept his mother and others from understanding how the deed restriction could impact their finances for decades.

Nwabueze hopes city officials do take the time, as promised, to hear homeowners’ stories — and act to make things right.

“This is an affordable housing program that’s supposed to help people build wealth and become stable by buying a home, but the city is saying: ‘You’re not going to reap the benefits of this because the money is going back to the city now, and too bad, oh well for you!’” she said. “How can they disenfranchise somebody that they say they’re trying to help?”