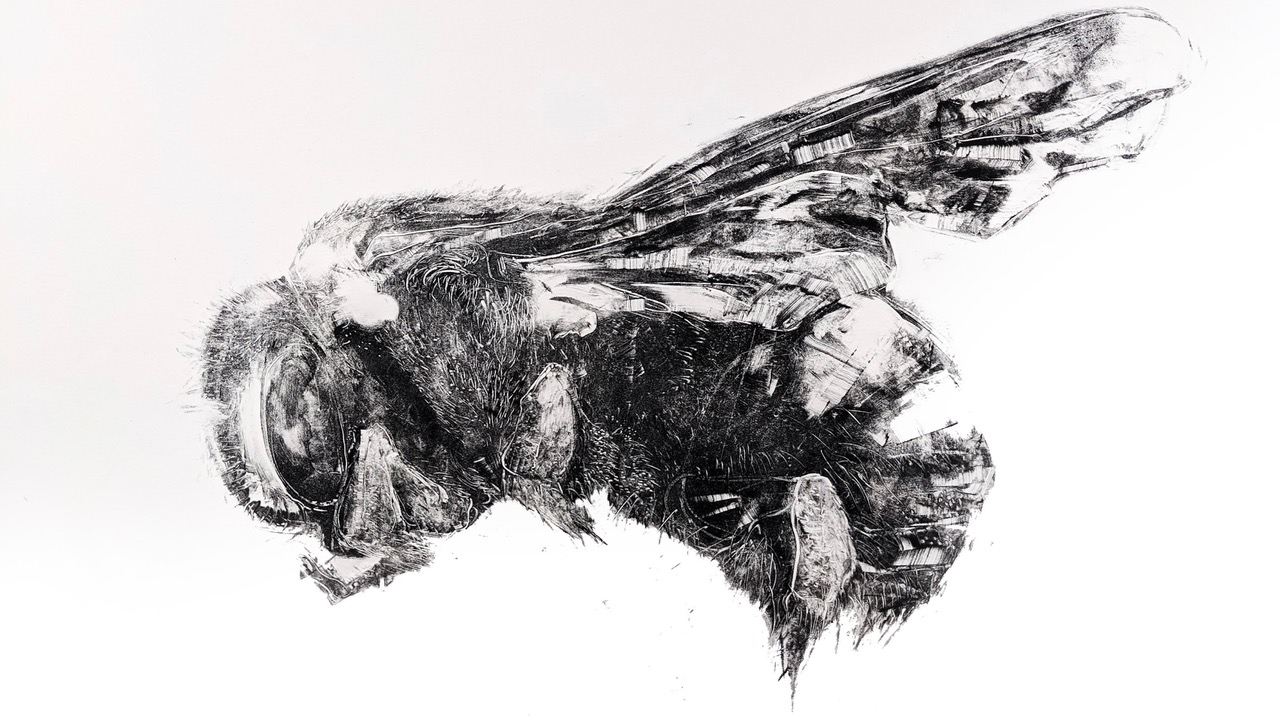 The principals at SILVERMAN think about love. The URL WeLoveJerseyCity.com redirects to their website. “Is it weird to love your landlord?,” asked one of their recent advertising campaigns — one that implies that their buildings elicit passionate emotions in residents.

The answer, of course, is yes: it is indeed weird, very weird, to love your landlord.  But weirdness in matters of the heart is no hanging offense, especially in New Jersey, home of a thousand strange loves. The love of a landlord might even be a natural paraphilia in a town as fixated on real estate as ours is.

An absence of affection — or any emotion at all, really — can be felt in the faceless design of many Downtown developments. Not so for SILVERMAN buildings. They tend to be carefully appointed and elaborately detailed, with interesting-looking apartments on the top floors and independent retailers on street level. The interest in aesthetics extends to a desire to give local artists space to exhibit their works. The lobbies of two SILVERMAN buildings Downtown double as galleries: the Majestic Condominiums on Montgomery Street and Hamilton Square on the east side of Hamilton Park. The Silvermans hired even curator Kristin DeAngelis, founder of the now-shuttered 107 Bowers Gallery in the Heights, to keep these two spaces stocked with interesting pieces.

Lately, they’ve even gotten into the studio game. Three floors of Elevator (135 Erie St.), a SILVERMAN project right around the corner from Hamilton Square, are devoted to workspaces for painters, printers, comic book makers, and creative businesspeople with a need for a spot to stash their inventory. Elevator is hardly as big or moneyed as MANA Contemporary or as entrenched as the community at 150 Bay Street, but the motivation behind its establishment is similar: crunch a group of artists together, let the mixture ferment, and see what essential elements might be distilled from the mixture.

The artists at Elevator opened their studios during JCAST ’21 and the last Jersey City Fridays event. This month, they’re taking the show on the road. Not very far on the road, mind you: they’ve taken over that street-level space at Hamilton Square Condominiums (232 Pavonia Ave.), roughly one block north. “Fresh Air,” curated by DeAngelis along with sculptor and painter Shamona Stokes, who recently defected to Erie Street from MANA, collects pieces from the Elevator crew, including photos, paintings, and fiber art. It’s probably just coincidence that “Fresh Air” opened days before “Impact,” a group show at ART150 at 150 Bay Street.  It does, nevertheless, have the aerodynamic feel of a thrown gauntlet.

The Elevator team isn’t quite up to the level of its more established neighbor.  Yet as “Fresh Air” demonstrates, they’re not all that far behind.  Because of rent hikes, 150 Bay Street has lost some talented tenants lately. That slow bleed is happening just as the Elevator studios are adding fresh new faces, and Elevator exuberance will be on display at Hamilton Square until August 27.  The overlap between the Elevator crew and the community of artists associated with Deep Space, the adventurous, consistently excellent gallery on Cornelison Street, also feels significant. A few of the most prominent Elevator operators also have work on view in “Material World,” the ecologically themed show now on view at Deep Space. That includes Rebecca N. Johnson, whose gentle, beautiful portraits imagine women as flowering plants, and Ms. Stokes herself, who contributes a dark rainbow and a distant, setting sun, half-swallowed by the ocean, to the “Fresh Air” show. 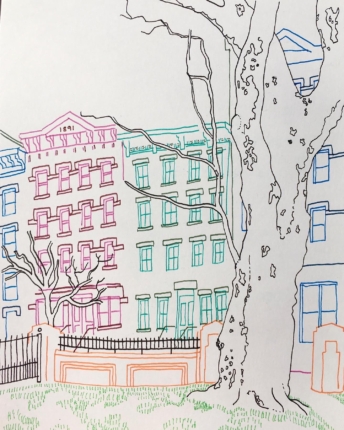 Her haunted painting is, in a way, an outlier in her own show. Her landscape, and her vision, is simply scarier than those of her neighbors. “Fresh Air” is busy with blue spring skies — the kind of skies under which the flowers and weeds in Bruno Nadalin’s elegant drypoint illustration might flourish, or where Carolyn Jao’s great big bee might buzz. (Nadalin and Jao are members of the JC Print Room collective, which is headquartered at Elevator, and operates some fantastic-looking vintage presses.) Given the priorities of the development company that’s contributed the room, it’s not surprising that so many of the pieces in the show feature landscapes and public space. These images are mostly cheerful, if little fragile. A.C. Marino’s photograph of the officer’s quarters at Sandy Hook captures the stateliness of the 20th Century building and the military uniformity of the line of barracks as they recede into the distance. They’re also dwarfed by the driftwood in the foreground, suggesting that the built environment, no matter how solid, will always be subject to the whims of nature. In the show’s most striking piece, Norm Kirby distills a block of handsome Hamilton Park-side row houses into a clutch of colored lines, and lets them lean into the winter wind. It’s a paean to the stubbornness of the city, and of buildings that have, somehow, made it all the way here from 1891, and are still sharp, durable, attractive — and imperiled.

Even the abstract works in “Fresh Air” feel architectural. The sharp azure triangles in Barbara Seddon’s pretty print suggest potsherds unearthed from a dig. These puzzle pieces, Seddon hints, might add up to an edifice. In the context of the show, the wide grey fields in Alexandra Bingham’s abstract expressionist painting (complete with marble dust!) are redolent of fissured concrete and city steam. Then there are the paintings that invite a visit to the Hamilton Park itself: Carly Silverman’s cloud-like women, sunning themselves, and melting into the grass, and Ben Fine’s uncharacteristically large overhead view in winter, Jersey-chemical sunset in the background, with bare tree branches, parked cars, and brownstone window lights around the perimeter. Anyone with any familiarity with Jersey City will recognize the intersection — and the particular park entrance — immediately.

Hamilton Park engenders protective feelings in those who live nearby. Because it’s been made and remade for generations by ordinary Jersey City people, it’s become a natural part of the cityscape, as deeply integrated into the map as the train stations and the pizzerias. It’s always crowded, and for very good reasons. It is telling that the Silvermans, discerning as they are, decided to place their art buildings — studios and show room — by Hamilton Park, rather than in the Powerhouse Arts District. As they frequently do, they’ve chosen to operate where the people are, rather than where we wish the people might be. The ground floor space at the Hamilton Square Condominiums is open whenever the building is, which gives park-goers ample opportunity to check out “Fresh Air” while it’s up, and introduce themselves to the Elevator project. By filling a need in a town loaded with terrific creators with few places to display their work, the Silvermans have given other developers a model to emulate. As for love?, well, perhaps that’s best directed toward the artists themselves.