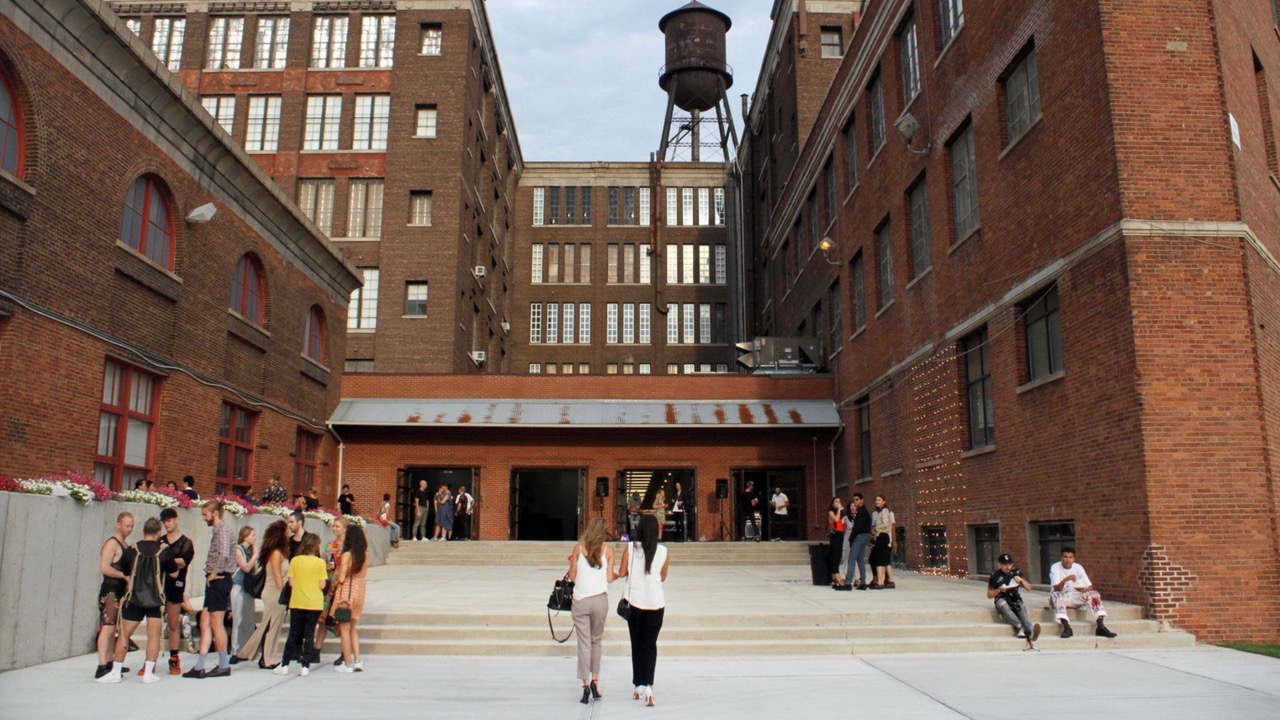 Art House Productions and MANA Contemporary ended 2021 with a flourish.  Art Fair 14C, co-produced by Art House and held in MANA’s underutilized, visually spectacular Glass Gallery, was a smashing success. MANA’s late-season open houses were crowded affairs, and a trio of autumn special exhibitions — “Materialistic,” “Color Continues,” and the incendiary “A Message From The Underground” — compared favorably to better-publicized museum shows on the other side of the river. Art House continued producing its reliably entertaining, city-spanning JC Fridays events. Our two biggest arts organizations had good reason to crow.

Two months later, both institutions are visibly in transition.  MANA’s galleries are closed for renovation. Art House and 14C Art Fair have parted ways.  And while their billboard still looms over the Turnpike North, luring drivers to Jersey City with promises of cultural riches, the Art House remains without a permanent headquarters.

Art House Executive Artistic Director Meredith Burns remains confident in a summer 2022 opening for the organization’s new home. When the lights come back up, Art House Productions will occupy its grandest space yet. The 20-year-old organization will move into the 41-story tower at 180 Morgan Street in the Powerhouse Arts District, lending some much-needed artistic ballast to a neighborhood that, no matter its handle, is still woefully short of art and artists. The new building, currently under construction, was developed in part by the Silverman Group (along with Garden City, NY’s Albanese Organization). This, too, is a good sign: the Silverman Brothers view themselves as partners with the arts community, and they’ve always foregrounded their aesthetic sensibilities. They understand the importance of Art House Productions to Jersey City, and know that we wouldn’t want to be without them for much longer.

Art House promises the town a 99-seat black box theater. There’ll be a visual arts gallery as well. It’s hard to tell for sure from the renderings, but my guess is that the new gallery will be larger, and maybe even sunnier, than the smart little room that curator Andrea McKenna used to run at the old Art House space at the Cast Iron Lofts on the Hoboken border. The Art House Gallery has been missed. McKenna’s last shows at the Cast Iron Lofts space were extremely strong, including an emotional tribute to the late JC artist and personality Hamlet Manzueta and a witty, immersive, historically evocative installation by Winifred McNeill.  Once this peripatetic organization (they’ve also been headquartered in Journal Square and Victory Hall) finally settles into its digs and declares its wandering days over, McKenna will surely cast her spell there, too.

The Art Fair 14C relationship, alas, does not look likely to be repaired. Burns blames creative differences, and describes the split as amicable. Nevertheless, it’s a setback. Art Fair 14C was a bigger undertaking than any visual arts event I can remember in Jersey City, and it definitely benefited from the coordination between the Fair’s staff and the Art House. That said, the 14C Fair held at the waterfront Hyatt in early 2020 was a pretty big shindig, too, and Art House wasn’t involved in that. 14C has already announced that it’ll be back at the Glass Gallery for its fourth edition in November 2022, so the relationship with MANA remains intact. Art House, too, will avail themselves of the Glass Gallery for the Snow Ball, their annual fundraising blowout party, on Apr. 30.  (Among others, they’ll be honoring Marchetto Higgins Stieve, the architectural firm that’s designing their new space).

As for MANA Contemporary itself, the renovation announcement had more than a few Jersey City arts scene veterans worried. Would the institution come back strong? Would it come back at all? Right now, there’s no new programming on the official calendar, but the indications are extremely positive, and there’s good reason to believe that the curators at MANA will soon pick up right where they left off. MANA has named Kele McComsey its new Director — and McComsey is an inspired choice. He was the curator of “Implied Scale,” the imaginative, opinionated, outspoken exhibition that took over the first floor of the building, corridors and all, during the spring and summer of ’21, and invited visitors to contemplate the immense unanswered challenges of the climate crisis. That show demonstrated that political engagement and aesthetic excellence could go hand in hand; it also showed that MANA, imposing as it can be, had a heart.

No architect has been selected yet for the renovation project, and the scope of the remodeling hasn’t been determined. But McComsey insists that the galleries will be back open in spring 2022, and promises shows similar in quality and intensity to those electrifying ones that closed 2021. And even during the renovation, activity continues. On Feb. 12, the The Monira Foundation — one of the institution’s most reliable creative partners — will be opening an exhibit devoted to the work of avant-garde Lithuanian filmmaker Jonas Mekas. McComsey imagines a MANA that’s better integrated into local culture than it’s been in the past, and given MANA’s combination of vision and deep pockets, that’s an exciting prospect.

A smaller, but no less respected, art gallery intends to re-open its doors this spring, too. Eonta Space, that den of mischief at the mysterious end of a McGinley Square cul-de-sac, has been closed for the balance of the pandemic — but they’re planning to rouse themselves from dormancy in April. Curious Matter, too, that tiny, beautiful Downtown gallery in a brownstone, shook off the torpor of 2021 and carried on its tradition of exquisite holiday shows. It’s not totally unreasonable to think that the global health crisis is finally abating. Flowers are budding around town; sooner or later, they’re bound to bloom. Until they do, I recommend a virtue not terribly common among artists, or art lovers: patience.