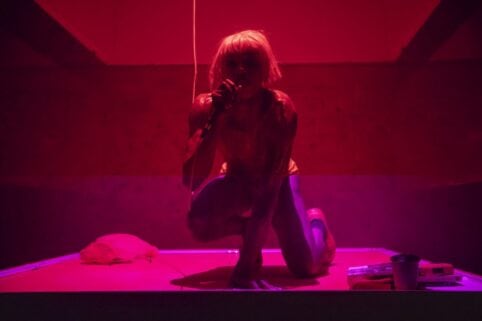 The Living Room is a lively, quarterly program hosted by guest artists. In this variety show iteration, James Jackson, Jr. curates an evening with artists who are thinking about the questions: How many pieces does it take to make a self? Can I do it alone? Do these heels make my art look fat?

This hysterical evening brings together a genre-bending, box-deconstructing group of performers to explore variations on these and other themes through dance, song, and story. Performances by Adam Enright, Michael R. Jackson, Raja Feather Kelly, Molly Pope, and Elliot Roth. The evening includes one fifteen-minute intermission.

JAMES JACKSON, JR.
Jersey City-based Boston native James Jackson, Jr. is an artist who has crossed several mediums. As an actor (A Strange Loop at Playwrights Horizons, Andrew Lloyd Webber’s Whistle Down the Wind), musician, and cabarettist (the Black-Ups, Shady Sings the Blues), he has performed at Carnegie Hall and Radio City Music Hall. Jackson’s cabaret and performance artwork has been produced at Joe’s Pub, Feinstein’s/54 Below, the Green Room 42, DROM, and Duane Park, New York; the American Repertory Theatre’s Club Oberon, Cambridge, Massachusetts; and the Lyric Theatre, Los Angeles.

Jack Breslin Trio: Live in the Parlour
Scroll to top
Subscribe to Our Newsletter