Snack Cat: Live in the Parlour 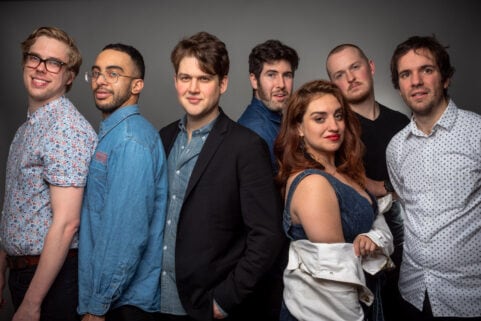 Snack Cat is an NYC based soul, funk and r&b band influenced by many musical genres and groups including Vulfpeck, Tedeschi Trucks Band, Bob Dylan, Lake Street Dive, Jimmy Hendrix and Chaka Khan. Now, if these artists were also to have a child who became a total party animal, you might have something that resembled Snack Cat!

Snack Cat’s members have played and/or recorded with Roberta Flack, John Mayer, The Zach Brown Band, Grace Potter, Ben Folds, Post Modern Jukebox, John Patitucci, Jersey Boys, and Greg Allman to name a few. They have had residencies at Rockwood Music Hall and with Sofar Sounds, and have played top venues including the Mercury Lounge, National Sawdust, The Tribeca Performing Arts Center, and The Knitting Factory.

Neighbors Near and Far: Ibou Ndoye Artist Reception
Scroll to top
Subscribe to Our Newsletter