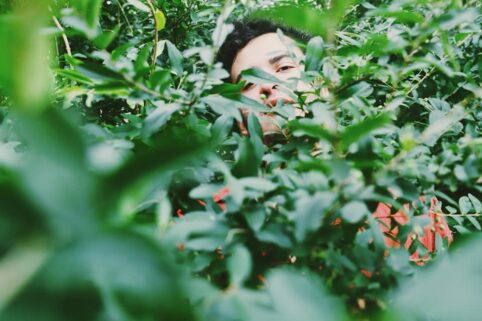 Join performers J. Bouey, Elena Demyanenko, Javier Padilla, and Marion Spencer in a community setting, as they share new work developed in their Gibney choreographic residencies at Mana. The performers showcase new ideas in the field of dance and engage in cross-pollination between creative communities in New York and Jersey City. The works interrogate a range of themes, from Demyanenko’s exploration of color and saturated light, through three solo works that combine to produce In welter, to Padilla’s dance theater work in the quiet of the wood, examining the mysteries of dreams and the hidden symbols that lurk within them. Spencer presents to love the rise, a developing dance exploring conscious femininity, ambition, liminal space, and transformation.

J. BOUEY
J. Bouey is a current member of the Bill T. Jones/Arnie Zane Company, founder and co-host of the Dance Union Podcast with Melanie Greene, and creator of original performance work.

ELENA DEMYANENKO
Elena Demyanenko is a Russian-born graduate of the Academy of Theatrical Arts in Moscow. Demyanenko came to New York in 2000 to work as a guest artist with Riverdance on Broadway, and chose to remain in the city performing and choreographing.

JAVIER PADILLA
Javier Padilla is a contemporary movement-based artist from San Juan, Puerto Rico. Padilla trained under Waldo Gonzalez and Olaya Muentes at the School for the Performing Arts in Guaynabo, Puerto Rico. They create work under the choreographic pseudonym, the Movement Playground.

MARION SPENCER
Marion Spencer is a New York-based dancer, choreographer and educator. Spencer collages and sources imagination and desire, and calls for transformation and undoing of self.