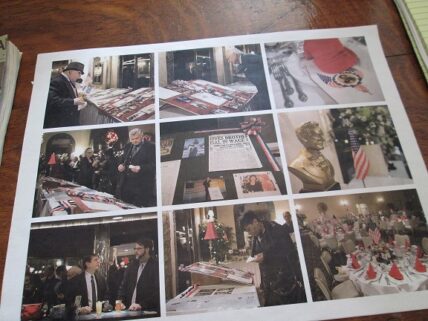 The Lincoln Association is the oldest continuously operating association in the United States honoring Lincoln. It was formed shortly after Lincoln’s assassination in 1865 and since then has held a banquet in Jersey City every year on his birthday, February 12. Over the decades many figures of national importance have addressed the Association including people from the military and political worlds, historians, educators and civil rights leaders.

It will host its annual dinner at the Liberty House Restaurant, in Liberty State Park in Jersey City.

The speaker this year is Mr. Ron Semple, once the youngest editor of the Jersey Journal, He served during the Korean War as a Marine and is the author of the acclaimed “Black Tom – Terror on the Hudson” about the 1916 German sabotage of the WW 1 ammunition piers behind the Statue of Liberty.

The banquet is open to the public and tickets may be purchased for $100.00 each on the event website.