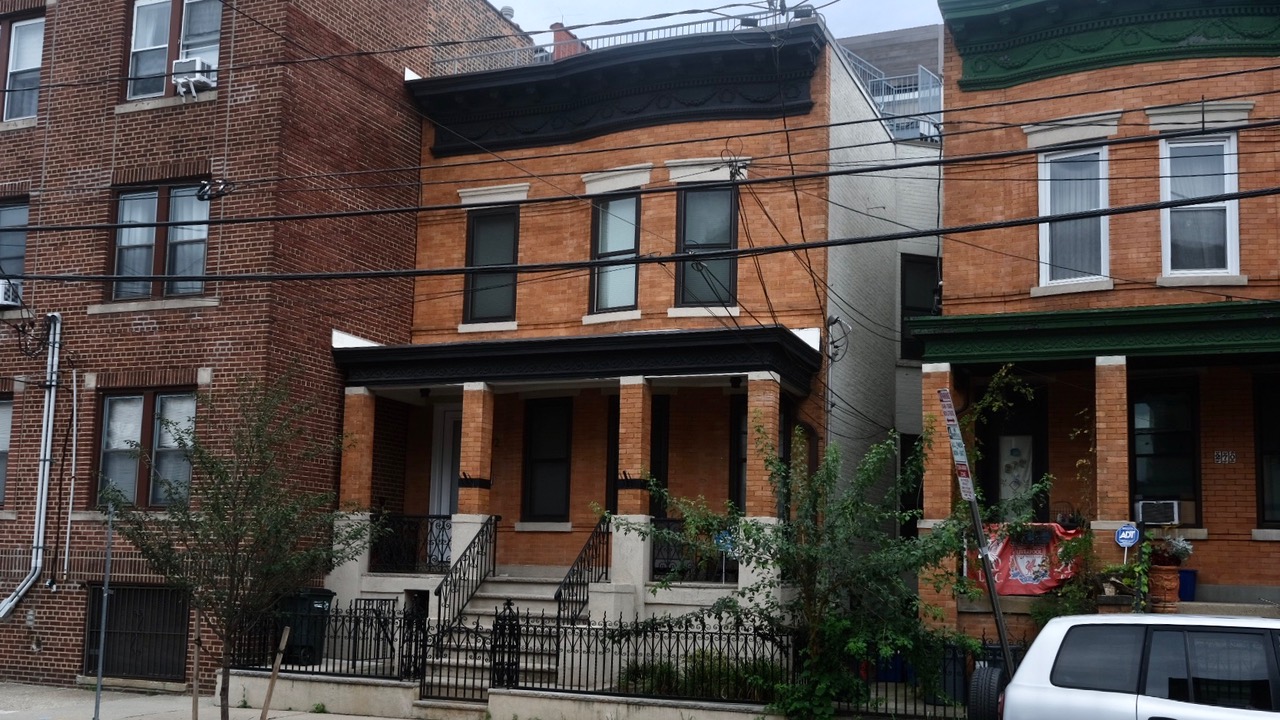 According to the report, the Fulops bought the new luxury property on Ogden Avenue, just up the street from their present home, in June.

Belying its modest facade, the home includes a rooftop swimming pool with views of Manhattan and the Statue of Liberty and was described in two spreads in Jersey Digs as a “trophy” property with “the celebrity cred and luxe cache to impress everyone.”

Interior and roof photos can be seen here.

A search of the MLS (the authoritative database for properties listed for sale), reveals that the new Fulop home was never offered for sale to the public at large.

The mayor, known for sharing the comings and goings of his family, neither posted nor tweeted anything about his good luck in snagging this unique property.

Now, nearly three months after the transaction, the Fulops have provided Hudson County View with a lengthy, well-crafted explanation for the purchase including a growing family and aging parents.

No one should begrudge the mayor for wanting a nice house.

However, because he is the mayor, Jersey City residents have the right to know how he got the inside track on the property.

The mayor has had a long and, apparently, mutually beneficial relationship with Dixon, an Australian investment firm with hundreds of millions in American real estate holdings, many in Jersey City.

In one of his first official acts upon taking office, the mayor cancelled the city-wide revaluation of properties begun under his predecessor, Jerramiah Healy. At the time, it was agreed by all that Downtown homeowners were paying far too little in real estate taxes when compared to other parts of the city.

With its large portfolio of Downtown properties, Dixon stood to benefit handsomely from the mayor’s decision. And, indeed, the four-year delay occasioned by Mayor Fulop’s ultimately unsuccessful litigation saved Dixon thousands, if not millions, of dollars in property taxes.

Then, in 2015, in a highly unusual move, the mayor, through the city’s now indicted tax attorney, Matthew O’Donnell, asked Hudson County’s taxation board to halt a reassessment of certain properties, including close to two dozen owned by Dixon, that threatened to result in higher taxes on them. The request was unusual because the mayor was, in essence, asking that the city receive less tax revenue.

The board ultimately denied the request and went ahead with the reassessment. But had the mayor been successful, it would have saved Dixon $84,219 in tax hikes on five properties alone, according to the Jersey Journal.

At around the same time, as Fulop geared up to run for governor, Dixon Advisory gave $300,000 to the mayor’s super PAC, Coalition for Progress. Dixon also made large contributions to the Hudson County Democratic Organization.

In a lengthy 2019 article that looked at Fulop’s relationship with Jersey City developers, Bloomberg.com catalogued the mayor’s other dealings with Dixon.

Dixon renovated the Fulop’s present home at 260 Ogden Avenue and designed and built his home on the beach in Narragansett Rhode Island. In the case of the Narragansett house, Bloomberg found that the amount Dixon charged appeared to be substantially below the rate charged by local contractors.

Dixon’s then CEO, Alan Dixon, “frequently socialized with the mayor and his wife,” according to Bloomberg. The company’s presence in Jersey City grew under Fulop.

In sum, there is a long history of mutual back scratching that precedes the Ogden Ave. purchase.

New Jersey’s local ethics law states, “No local government officer or employee shall use or attempt to use his official position to secure unwarranted privileges or advantages for himself or others.”

It’s hard to imagine that this transaction doesn’t at a minimum create the impression that the mayor “used his official position to secure” this property.

To resolve this issue, here are just a few of the questions that need to be answered.

It’s possible the transaction is not as bad as it looks. As one local real estate professional told Jersey City Times, there are factors which argue against the notion that the mayor got a “sweetheart deal.”

For instance, the property “didn’t appraise,” meaning a bank would be less willing to finance it given uncertainty regarding its value.  The real estate professional told JCT that it appeared that, indeed, the price was high for the area. Finally, this individual told JCT that Dixon is known to make private sales without listing properties publicly.

However, Jersey City residents should not have to take it on faith that a large transaction between its mayor and a company with a long history of political donations, favors, and business dealings with the mayor is above board.