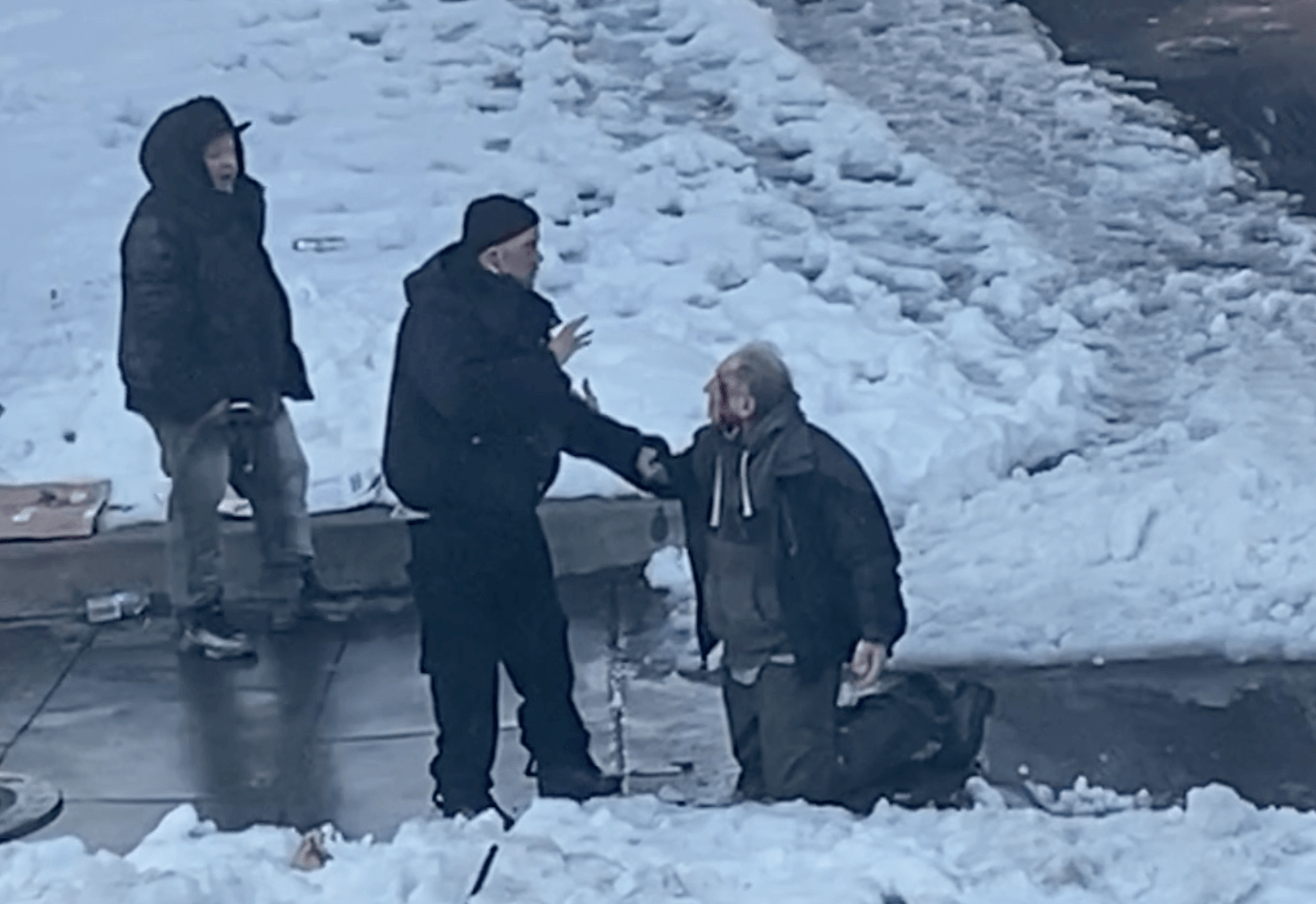 It was 3:30 in the afternoon on February 5 when Bill* heard screaming outside his Newark Avenue apartment. He looked out the window and saw an elderly man on the ground with blood running down his face.

There were three or four people hovering around him. Bill recognized them as regulars who could often be seen standing in front of the Archer bar with 40-ounce cans of beer in their hands.

Out of desperation, he finally called the Resident Response Center. A lady answered, and Bill explained that he hadn’t been able to reach the police. Confused about what to do, she transferred Bill to another woman who, in turn, transferred him back to dispatch. Again the phone rang and rang. No answer.

Feeling desperate, Bill called the Resident Response Center again. The lady on the other end of the line took down his name and number.

By this time, the bleeding elderly man was standing but unsteadily.

Bill’s phone rang. It was the Eastern District precinct. The lady on the other end was defensive when Bill asked why no one had answered his calls. He explained what he’d witnessed.

By now the elderly man had wandered off, and so had the perpetrators.

Bill is in old fashioned parlance a “concerned citizen.” And two days later he did what concerned citizens do: He contacted his councilman, James Solomon, along with Mayor Fulop, Public Safety Directory James Shea, and Prosecutor Jake Hudnut to tell them what happened.

A response came quickly. Director Shea wrote, “I already have the director pulling records. No response should be impossible. We will know what happened soon.” Mayor Fulop and Councilman Solomon also responded with appropriate concern.

Bill was told that, without the identity of the elderly man, they wouldn’t be able to make an arrest. Fittingly, Bill has sought to learn the man’s name. The police are reportedly also investigating.

When Bill first contacted me with his story, I was unsure whether it merited an article. Perhaps this was just a freak event. Then I remembered having the same problem myself nine months ago. For a solid 10 minutes, I couldn’t get through to 911. I wrote about it here. Maybe I should write about it, I thought. If the two of us had had the experience of not getting through, surely others have as well.

Now, several other people are reporting similar difficulty getting through to 911. Andrea Ducas went so far as to take a screen shot before giving up on her call last summer. “It literally rang for two minutes and nobody picked up. This is not an isolated occurrence.”

At some point in our lives, every one of us will need to call 911. For some callers, getting through quickly to 911 may be the difference between life and death. A system that can make someone wait for ten minutes or more to get through isn’t a system we can have confidence in. And it may end up killing someone.

Director Shea understands this as well as anyone. One assumes that he’ll make the investigation of this incident a priority.

When he is done, however, he should make his findings public. He should explain what went wrong that day and how the problem will be fixed. Every Jersey City resident should know that in an emergency there will be someone home at 911.

* We have used the name Bill to protect the witness’s identity.