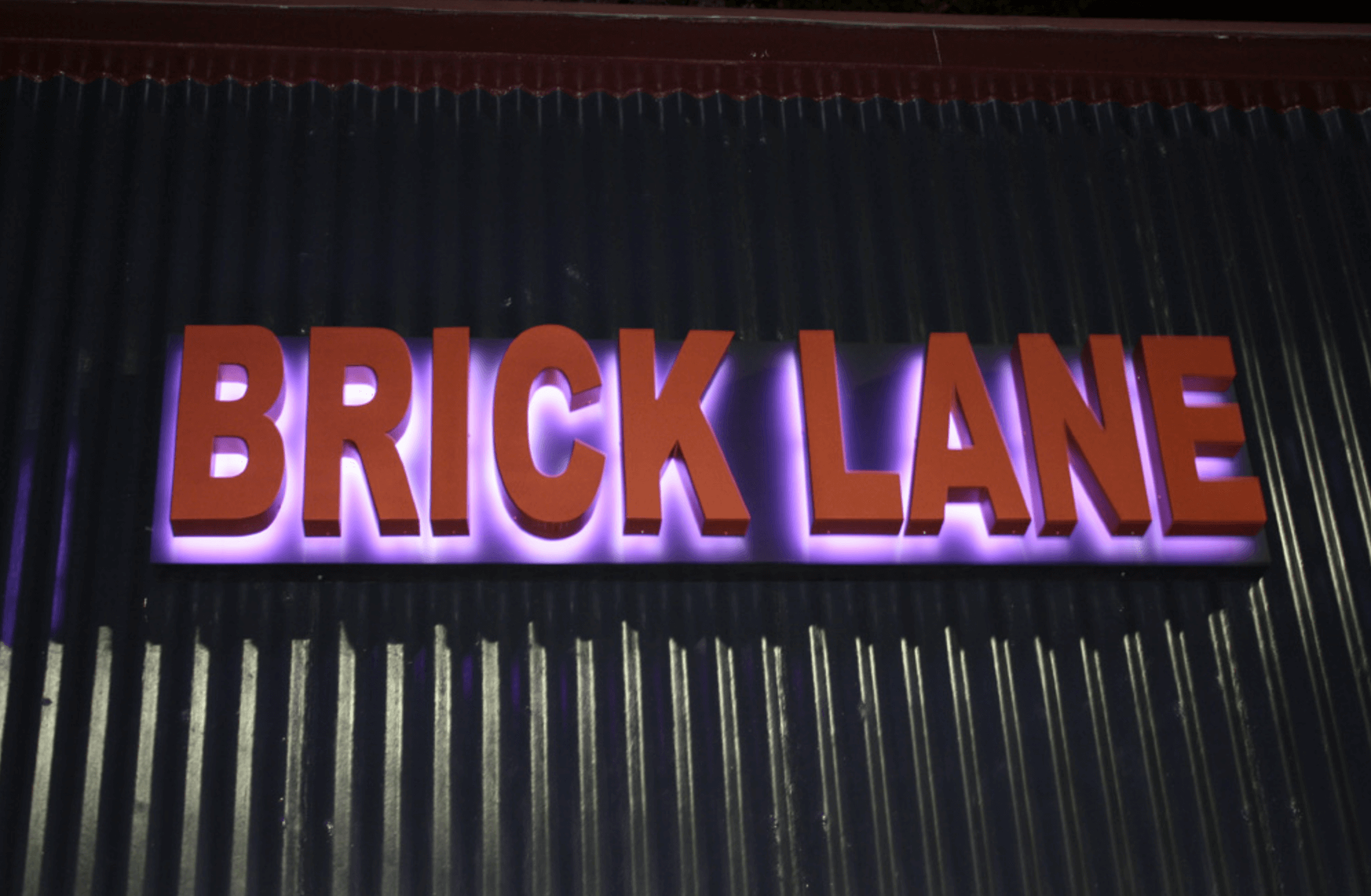 A London-syle curry house is coming to Downtown Newark Avenue. Brick Lane, which has locations on East 6th Street in Manhattan and in Montclair, is now building out the 136 Newark Avenue space formerly occupied by Pasta e Vino and before that Raval.

According to Wikipedia, Brick Lane is an East London street famous for contributing to the “second wave of Anglo-Indian cuisine as families from countries such as Bangladesh (mainly the Greater Sylhet region) migrated to London to look for work.” 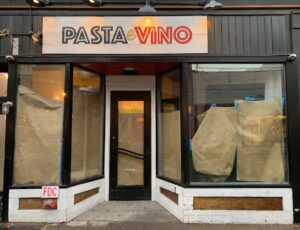 What makes Brick Lane different, I asked chef and co-owner Sati Sharma.  “We’re a curry house like you’d find in London. The Brits have a different palate than Americans. They prefer spicier curries.” And, indeed, Brick Lane’s New York location offers a curry called Phal that it describes as “an excruciatingly hot curry, more pain and sweat than flavor. For our customers who do this on a dare, we require you to state a verbal disclaimer not holding us liable for any physical or emotional damage after eating the curry. If you do finish your serving, a bottle of beer is on us, as is a certificate of completion and your picture in the (P)hall of fame.” Sharma hopes to get a liquor license for Jersey City, so it should be possible for them to hold up their end of the bargain here as well.

Not to worry however.  Sharma will offer a curry for every set of tastebuds.  “We offer 10 to 15 different sauces, ranging in spiciness. But we don’t just take the same sauce and increase the heat. Each sauce has its own distinct color, flavor, and texture.” With such a range of sauces, Sharma is careful to point out that people with dietary restrictions like vegans and those who are lactose intolerant will find a sauce that works for them.

Sharma wants his customers to experience the Indian equivalent of a Proustian moment.  “If you bite into one of our meatballs, I want you to be transported back to Lucknow [India].” “And at a much lower price,” I offer.

Sharma who also owns Paratha Junction up the road in Jersey City’s Little India, compares Downtown Jersey City’s energy to that of Barcelona or Madrid. “People stay up late and then get up late.” Brick Lane will thus open and close accordingly. “We’ll stay open until 1 a.m.,” Sharma predicts.

Both Sharma, who is from India, and his partner, Ajit Bains, who hails from London, know Jersey City well.  They both have lived here.

Speaking of prices, curries at Brick Lane will range from $17 to $23.

If all goes according to plan, Brick Lane will open in November.