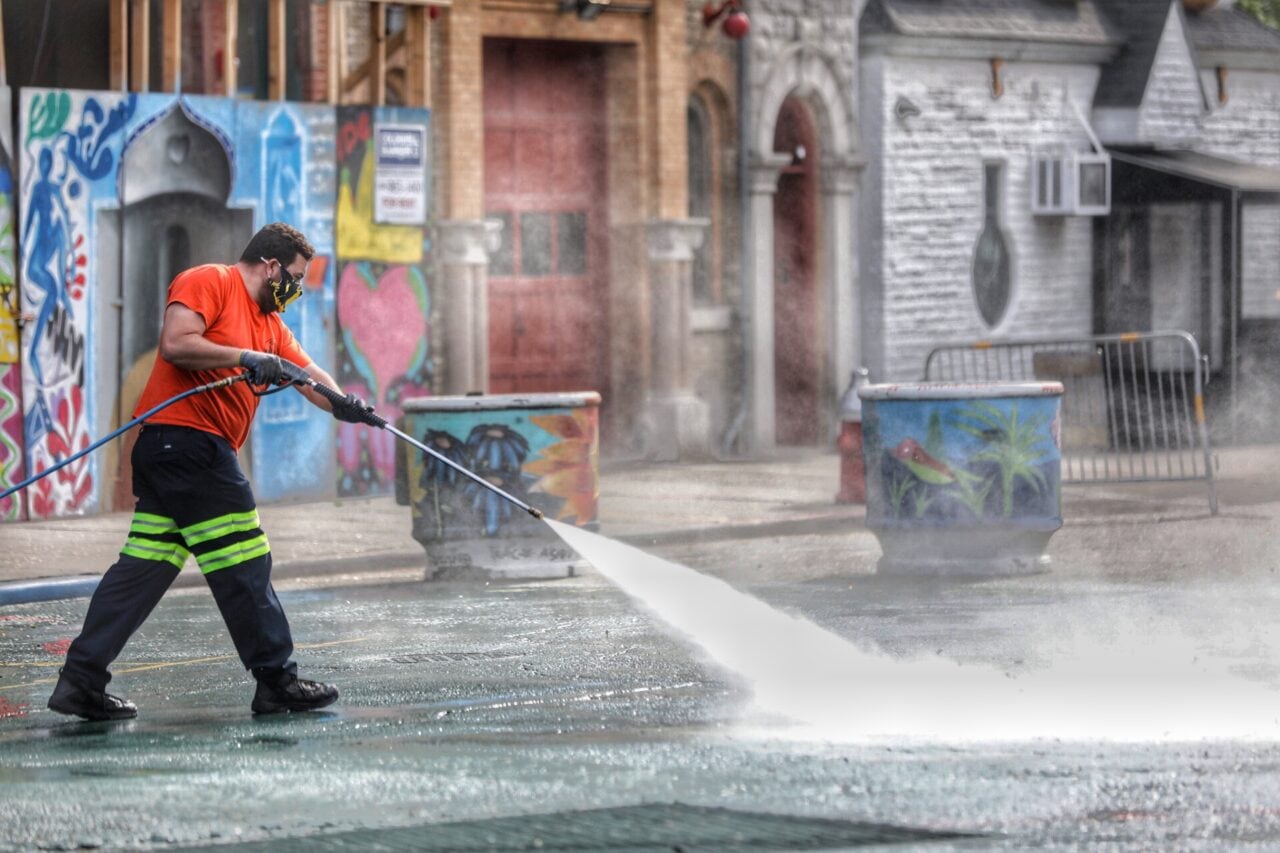 On a hot summer night, Jersey City’s pedestrian mall on Newark Avenue downtown would swing like a jazz quartet. People dined and sipped frosty drinks at outdoor cafes. Families walked their happy-to-be-outside pups, and couples strolled hand in hand after a cozy meal at their favorite bistro. Cut off from gassy transit buses and bumper-to-bumper traffic, the bustling thoroughfare became an urban walker’s delight, one long stretch of people running errands, hanging out with friends, and relaxing over dinner and drinks at trendy bars and eateries.

The mall initially opened in 2015 and turned out to be an economic boon to the city, which expanded it in 2018. But since then, the mall has lost its novelty and not a little of its allure. The strings of crisscrossing white lights that once festively hung over the street are nowhere to be seen. The number of iron picnic tables sprinkled throughout the space has diminished, and gone is the exuberantly painted baby grand piano that beckoned adventurous souls to plink its keys.

But that’s all about to change. With summer approaching and Jersey City residents getting antsy, Mayor Fulop has announced that the retail shops along the pedestrian mall will start reopening for business on Monday, June 15 and that the street will be snazzier than ever.

Plans are to embed lighting fixtures in the street and create a stage area near Barrow Street. The avenue’s surface will change from asphalt to brick. Sidewalks along the mall will be removed to allow for easier access for strollers and wheelchairs as well as a wider expanse for foot traffic and restaurant seating. There will also be aesthetic improvements like tree plantings and pavers.

Work will begin in the fall. Projected to cost $3.5 million, the city is currently completing final design and cost estimates.

But residents and visitors don’t have to wait til the fall to notice other positive changes.

Effective June 15 when New Jersey Governor Phil Murphy lifts current restrictions on restaurants that prohibit them from offering any table service at all, new rules will allow for a limited amount of indoor seating — and for more outdoor seating than they’d been permitted to have before the pandemic in order to make up the difference.

“The Newark Ave expansion will allow for restaurants to maintain their capacity as indoor seating will be limited,” according to Mayor Fulop. “With the weather warming, after nearly three months in quarantine, our residents are understandably eager to get outside and enjoy all Jersey City has to offer, and we are prepared to offer that in a way that maintains the health and safety protocols in place,” he added.

To apply for additional sidewalk seating, restaurant owners must fill out a form found on the city’s website. There are certain health and safety protocols to meet as well as any additional guidelines the state supplies once the restrictions are lifted.

“This will benefit the restaurants by giving them room to expand and add seating and help make up for what they lost over the past few months,” Rachel Sieg, Executive Director of the Historic Downtown Special Improvement District says. “By giving them some guidance now, they’ll have what they need in place to be ready to reopen.”

Mayor Fulop says that as the renovation continues, the city will be implementing restrictions on entertainment licenses to make the pedestrian mall more restaurant focused.

“That’s what we’re working through,” he explains. “We didn’t want doctors’ offices opening up repeatedly there. Newark Avenue has its own personality and has become a destination for people from across the river and across the state who come to visit.”

Fatherhood and Mentoring Young Men of Color
Scroll to top