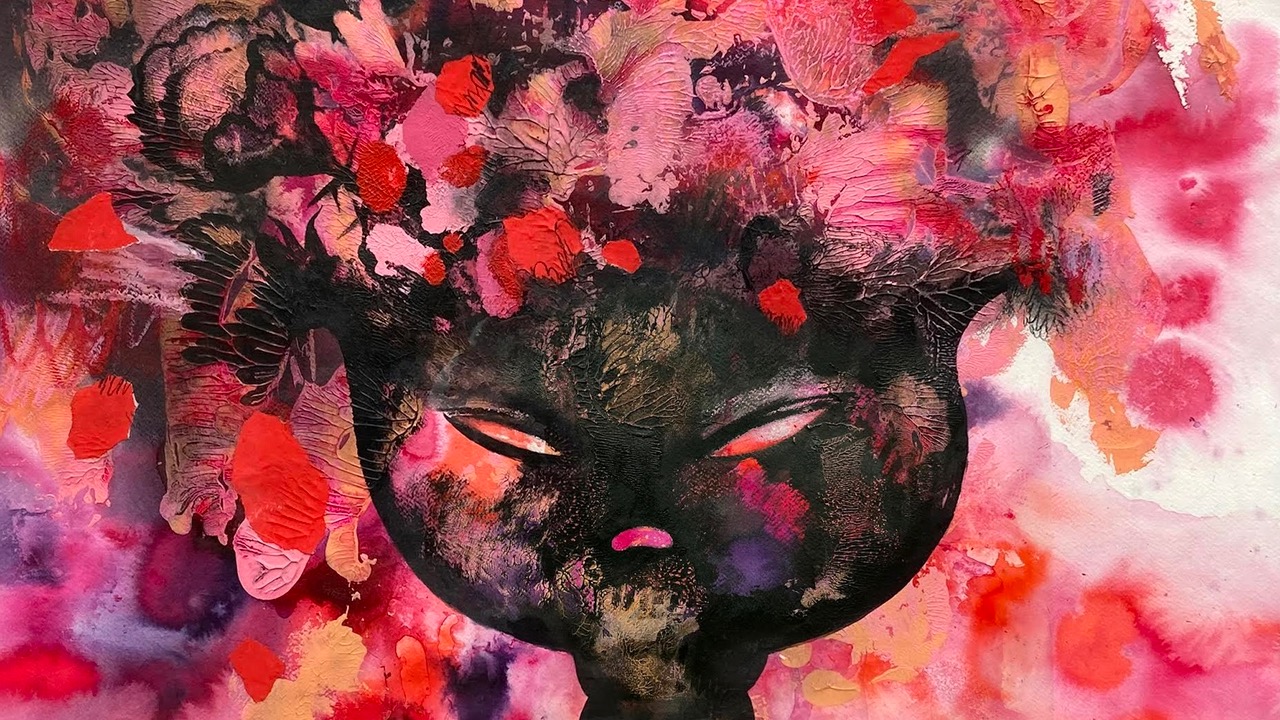 If you think that it’s a crying shame that the Jersey City Art and Studio Tour only happens once a year, your impatience is about to be rewarded. No, JCAST isn’t expanding. But a not-dissimilar event will make its debut on Thursday, July 28.  During the Downtown Art Crawl, the doors to ElevatorJC (135 Erie St.) and Art150 (150 Bay St.) will be open to the public from 5 p.m. until 9 p.m.  You’re invited to explore the studios in these buildings, meet the artists, hang out, and, if you haven’t yet, view the Elevator “Fresh Air” premiere exhibition at Hamilton Square Condominium (232 Pavonia), right around the corner from the studio building. 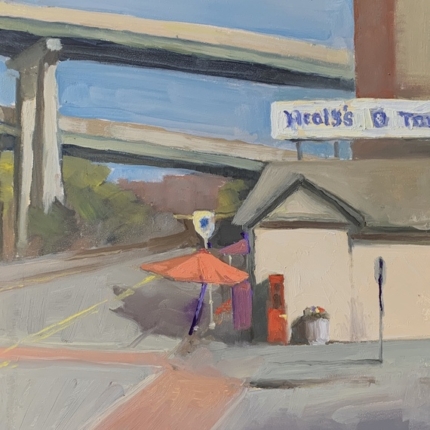 Organizer Robinson Holloway, the director of Art Fair 14C, hopes the Crawl can become a quarterly happening. It’s hard to see why it shouldn’t be. Elevator has been hosting periodic open houses for more than a year. Shamona Stokes, the sorceress who has recently taken on the more terrestrial role of community director and spokeswoman for the artists in the building, confirms that attendance has grown with each event. Some of the most compelling artists in Hudson County have moved their studios to ElevatorJC, including Rebecca N. Johnson, whose gorgeous, elemental, environmentally aware paintings of women, water, and flowers radiate earthy solidity and fragility in equal measure, mischief-maker and cartoon world-builder BARC the Dog, Carly Silverman, who sells delicate earrings and bracelets alongside watercolors of women who might well wear that jewelry, and Stokes herself, whose barbed fairytales and visual fantasies are at once enchanting and haunted. It’s also home to the Jersey City Print Studio, worth visiting for the vintage presses alone, and artisan spaces specializing in candles, pillows, ceramics, and other winsome objects. The building itself is worth visiting and wandering around — it used to be a medical center, and it still retains a certain clinical quality that suits the spirit of investigation and experimentation that Elevator hopes to engender. It does not feel like new construction; instead, it’s distinctive and commendable example of Jersey adaptive re-use.

It’s also no more than fifteen minutes by foot from the Powerhouse Arts District. The second floor of 150 Bay Street has lost a few talented tenants lately, but it remains the focus of visual arts activity Downtown, and home to some of the town’s most widely exhibited artists. The tireless Guillermo Bublik, creator of mesmerizing, jigsaw-like pen and ink drawings and dramatic wall-sized paintings, has his workshop at 150 Bay, as does Deb Sinha, a streetscape illustrator of great sensitivity (Sinha’s partner in the “Coming Into Focus” show, Ben Fine, has his studio in the Elevator building. Four of the Garden State’s deepest and most articulate visual storytellers — landscape and cityscape photographer Ed Fausty, the relentlessly observant Dorie Dahlberg, collage artist Brad Terhune, and Francisco Silva, painter of dozens of beautifully ambiguous scenes — have joined forces like the members of a ’70s supergroup. Their Outlier gallery is difficult to miss: it’s straight ahead from the elevator that brings visitors to 150 Bay to fertile floor number two.

Between Art150 and the Elevator incubator, Stokes reckons that one hundred artists will open their doors to the public on Thursday night. Novado Gallery (110 Morgan St.), the beautiful jewel box of an art space at the eastern edge of the PAD, will also participate in the Art Crawl. That’s still only a fraction of the number of artists who open their doors to the public during JCAST.  But while the Tour’s inclusivity has been a welcome development, particularly for those who don’t live in Ward E, it’s also misleading to call it as a pedestrian experience for any but the most intrepid. You’d need a good pair of walking shoes and lots of time to get to MANA Contemporary from 150 Bay Street by foot. The Downtown Art Crawl isn’t exhaustive, but it’s a quick and thorough immersion in a local scene worth celebrating. I’ll have an immediate reaction and review in this space next Friday, but for now, I’m just thrilled they’re doing this. I’ll see you in the studios.