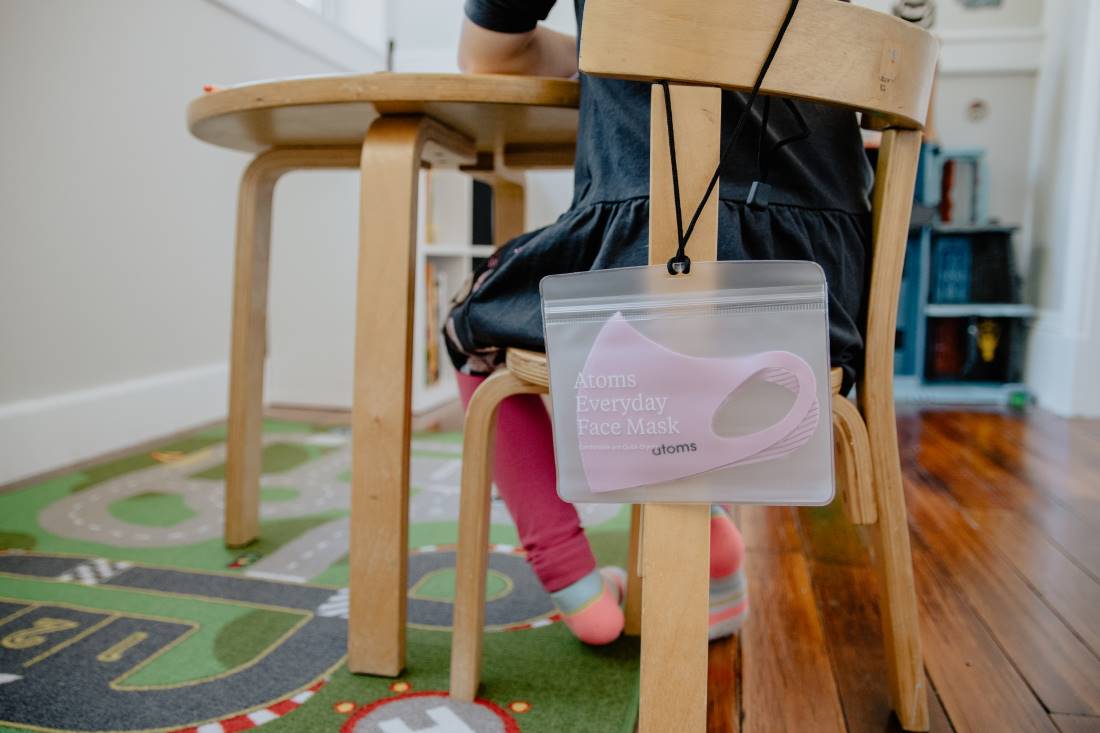 Not all educators agree with the state’s approach

With COVID-19 rates rising nationwide, school officials in a number of large cities — including Philadelphia, Boston and Washington, D.C. — are opting for online education to try to preempt the surge of coronavirus cases that experts predict for the weeks to come.

But in New Jersey, where nearly 10,500 new cases have been diagnosed this week, state leaders said Thursday that they will stick to the current plan that allows district and local health officials to decide what is best for the community’s schools. Currently, roughly one in five districts is providing remote lessons only, they said, and relatively few outbreaks have been tied directly to schools.

“The general community reality is obviously taken into account” when determining school plans, Gov. Phil Murphy said Thursday. “But there is a clear disconnect between the reality of what is going on in our school buildings and the communities that surround them. There’s just no question about that.”

Not all educators are on the same page with the governor’s plan, however. Leaders of some of the state’s most prominent school groups are expected to meet Friday with Murphy staff to talk about the worsening numbers in communities and how they impact schools. And to at least one of them, it is difficult to separate what is happening in schools from their cities and towns, something he called a “false dichotomy.”

“There is a lot of frustration among our superintendents,” said Richard Bozza, executive director of the New Jersey Association of School Administrators and himself a former superintendent. “There is a real sense that the disconnect of schools and their communities is not a real one, and not every case is being reported … How do you not connect schools to the communities they are in?”

‘These numbers are lower than anticipated’

Murphy said that local public health officials have traced 192 cases of COVID-19 to 51 school-related outbreaks since classes resumed in September. “These numbers are lower than I believe anyone could have anticipated,” he added, noting that there are more than 3,000 school buildings statewide.

The virus is spreading increasingly quickly in New Jersey, however, state data show. More than 3,500 additional diagnoses were reported Thursday and nearly 267,000 COVID-19 cases have been reported since March, including almost 16,500 likely fatalities. Close to 39,000 people have been hospitalized as a result of the virus.

Earlier this week, Murphy announced new restrictions on bars and restaurants — requiring indoor dining to end by 10 p.m. — and on Thursday, he said counties and municipalities could impose earlier closing times on nonessential businesses, if needed. He also took steps to ban interstate youth sports, which public health officials said have been connected — sometimes indirectly — to a growing number of outbreaks. The governor reiterated his pleas to wear a mask, maintain social distance and take other measures to reduce community spread of the virus.

“This is a wake-up call. We need your help,” state health Commissioner Judy Persichilli said Thursday, pointing to the escalating daily case count. “If we are lax, if we continue on this trajectory, our state will return to the situation we were in last spring.”

When the coronavirus initially peaked in New Jersey, in April, daily case counts occasionally topped 4,000 new diagnoses, and hospitals were nearly overwhelmed. All schools were operating under remote learning and all but essential businesses were allowed to open.

Murphy: ‘All options remain on the table’

Now case counts are rising quickly, and hospitals are beginning to fill up again, with some being forced to divert emergency patients temporarily as a result of staff or space shortages. Businesses are operating under severe restrictions. All but 162 school districts are hosting students and teachers in the classroom at least a few days a week, according to new state figures, which appear to have changed little since last week. (Some 97 districts are now operating entirely in person, Murphy said, with the rest using a hybrid model or a mix of in-person and online education, depending on the school.)

While schools may not be the nexus of spread, youth sports do appear to be exacerbating the virus’ transmission, according to figures Persichilli shared Thursday. At least 14 outbreaks, leading to 70 cases, were connected to youth hockey events in seven counties, she said, and one-third of the cases that could be tracked back to an incident during October were linked to sports teams.

Given these dynamics, Murphy said shifting to online learning preemptively was not necessary at this time. But he said Thursday, “all options remain on the table.”

Bozza of the New Jersey Association of School Administrators, who has been outspoken before about the ambiguity in the Murphy administration’s school guidance, said he thinks a statewide move to suspend in-person instruction should be considered. “Schools are losing more staff still,” he said. “The anxiety is growing, and if the governor sent that message [to close schools through December], I think it would be welcomed, quite frankly.”

But the governor’s strategy made sense to Chuck Sampson, superintendent of the Freehold Regional High School district, which includes roughly 10,600 students. While there have been close to 60 cases diagnosed among pupils, teachers and staff since September, Sampson said none of these have been traced back to in-school infections.

“I agree with him 100%,” Sampson said of Murphy’s approach. “I truly think my schools are the safest place to be,” he said, citing the strict protocols in place for masking and social-distancing and the modern air-circulation systems in the district’s facilities.

“It would be heartbreaking to me to have to close our schools on a larger (statewide) order because I think it would be at the expense of the children who are school-dependent,” including students with limited English skills or learning challenges, Sampson said.

— John Mooney contributed to this story.