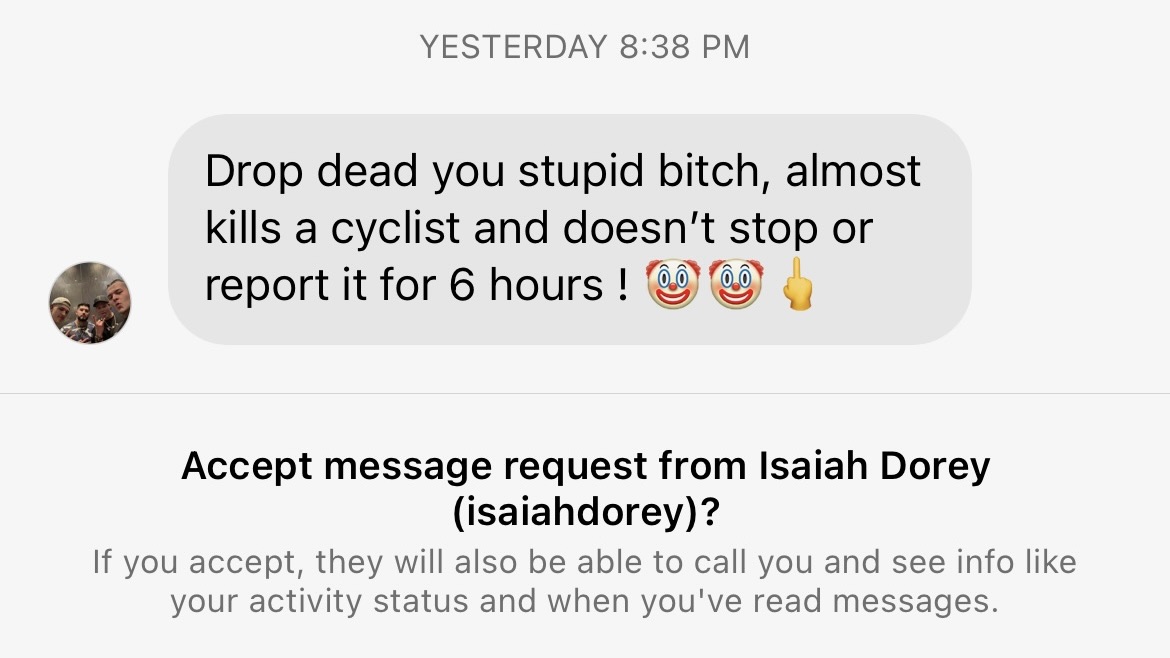 Warning: some of the language used in the following report may be troubling to some people and inappropriate for children.

A spokesman for embattled Councilwoman Amy DeGise says that she has received “numerous death threats and vile pieces of online harassment … in recent days.”

DeGise, said the spokesman, has filed an official report with the Jersey City Police Department. The spokesman shared screenshots of some of the harassing messages. They are posted below. The Jersey City Times was unable to verify the authenticity of the messages.

According to the report, “death threats were made by email and on social media and include messages telling her to ‘drop dead,’ saying she ‘needs a bullet in the head,’ saying she should be ‘shot on sight,’ calling her a ‘stupid ugly bitch,’ saying ‘you fucking whore, death is near,’ saying ‘don’t you realize you live within arms reach of MANY violent gang members, you actually think your not going to receive retaliation???’ and many other disturbing comments.” The harassment is also said to have included numerous “vulgar” telephone calls to DeGise’s employer, a local public school.

Said spokesman Phil Swibinski. “It is reprehensible for anyone to make these kinds of direct threats of violence and we hope that the perpetrators are prosecuted to the full extent of the law. This situation has created strong feelings in many people, but no one should condone these kinds of violent threats and this should be a reminder to everyone to tone down the rhetoric and refrain from inflammatory actions that could have real world consequences.”

Swibinski said that  DeGise reported the threats to the JCPD on Monday.

A Cyclist Suffers Life-Threatening Injuries in Another Hit-and-Run

“We Outside!!” Hip-Hop Series Kicks Off at Barrow Mansion
Scroll to top