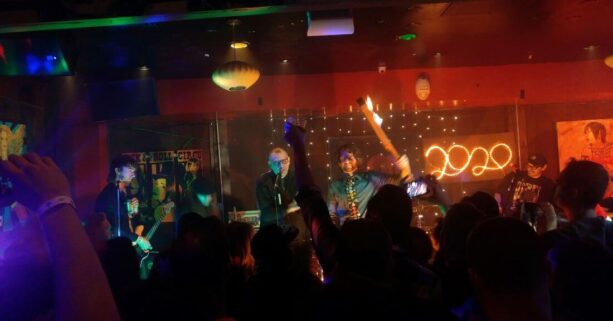 On Feb. 1, FM, a beloved, yet struggling venue, presented its final show and took its final bow.

Although only open since May of 2017, FM felt so important to its fans, including this one. Downtown, where it seemed there was a dearth of music venues, FM filled an unmet need, with its unique mix of genres including indie, hip hop, country, and singer-songwriter. Certainly, the club had its ups and downs. Some nights it was so packed it was almost a fire hazard, other nights were so empty that shows got cancelled and the entire place closed early. But in the larger picture the closing of FM demonstrates the difficulty of operating a club downtown amidst changing demographics and high rents.

“Dancing” Tony Susco is credited by some for making Downtown Jersey City fun. He is the man behind “Rock-it Docket,” the events and promotion vehicle for many of the music events in town. Its motto is “We run fun,” and it bills itself as “The original source for arts and entertainment in Jersey City.” While some might disagree with this grandiose claim, there’s no doubt Susco had a big influence. After running 58 Gallery, gradually moving on to bigger projects  such as Groove on Grove and Ghost of Uncle Joe’s, and having a hand in nearly every free event that has a stage or books bands across town, it seemed inevitable that he would become the face of FM as the booker, general manager, and part-owner.

In spite of the closing, Tony was optimistic. “Music in Jersey City isn’t ending, bands in Jersey City aren’t ending, good times in Jersey City aren’t ending,” he addressed the crowd in a farewell speech. “We’ve got one last fire for you.” A few moments later, Corey Zack, sound engineer, walked across the stage with a lit baton and stood with it precariously burning for a dangerously long time until he could get it to the bathroom. Later, Dancing Tony, who never crowd surfs, “because he’s too tall,” threw himself into the eager hands of the crowd. It was a hot packed room, with a sticky floor, pulsing with Jersey City pride and accomplishment, pushing against an inevitable end.

Later, Tony told me, “Tonight was like burying a live person.”

Another short-lived venue that evokes heavy nostalgia is Funhouse at 32 Center Street, which was live from 2015-2017. Originally a biker club, Xylo-punk band Crazy and the Brains used the location as a practice space and eventually turned it into a DIY venue. Everything they did was fun and community driven,even politically and socially consciou, (although not necessarily legal vis a vis permits and licensing).

According to front man Chris Urban, “Funhouse was open for two years. It was an all-ages, DIY music venue/rehearsal studio/art collective/safe space. We hosted musical artists of all genres, typically punk, hip-hop, folk and metal, plus stand-up comedy, spoken-word poetry and movie screenings. We organized benefit shows for Liberty Humane Society, Boys & Girls Club, Christ Hospital, Liberty State Park, to name a few. Our main goal was pretty simply to give DIY punk energy a presence in the area we lived in. We lived in an apartment literally around the corner. We put on the type of shows that we wanted to go to. Funhouse ended because the property was sold, and we were kicked out.”

Or maybe it’s just about having a room. Todd Abramson, WFMU’s “Todd-O-Phonic Todd,” booker of White Eagle Hall, Landmark Loew’s, and former manager of Maxwell’s in Hoboken, said, “One thing that Maxwell’s had that worked well was separate rooms. I think that is very advantageous for a number of reasons, but it is not always logistically possible.” FM did not have a separate room.

“It’s not that you can’t ultimately make money from it, it is just not going to likely be the easiest or most lucrative way to do it. The current rents as well as the cost of a liquor license do make trying to open a new venue here somewhat daunting as in most major cities. But, I don’t think it’s impossible.” 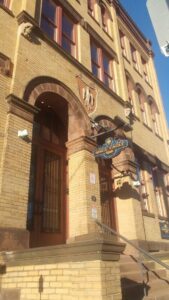 However, there are plenty of other venues that are keeping the fire alive. Jersey City has other rooms for sure even if not all of them have stages. Headroom Bar and Social, a cavernous space with a full backline (including a piano) and no-frills bar is quickly becoming a go-to for music showcases and open mics. (A backline is an enclosure for amps and speakers.) Fox and Crow has a lovely, intimate room in the heights; McGinley Square Pub has hosted a comedy festival in its tiny back room; Bright Side Tavern regularly has musical and comedy acts in its dining room (which is separate from its bar); Pet Shop hosts basement shows and second-floor festivals; Journal Square Lounge has basement performances; White Eagle Hall, the esteemed music hall on Newark Avenue, a block away from FM, has a capacity of 800 people, and according to Abramson, it’s doing fine.

Despite FM’s demise, many bookers in town remain optimistic about the future of live entertainment in Jersey City. Margo Parks, who produces the Jersey City Jazz Festival, books Fox and Crow, and organizes events in the Heights like Vault Allure and River View Fisk’s Music in the Park says, “We can’t assume it is the music that is responsible for a club closing. There are a couple of new and reopened venues such as Moore’s Lounge and Headroom. So as far as the future of live entertainment, to me it feels like it is thriving.”

Parks does acknowledge that “music venues and musicians can’t survive if they are the only ones supporting each other.” Indeed, she calls for “the entire community to be our audience and support the arts.” But to get the recipe right, presenters will need to experiment. “Music tastes are so diverse … it’s playing roulette to try and guess what will consistently bring folks out,” she states. Perhaps the biggest factor is quality. “It is unreasonable for us as presenters to expect community support unless we keep presenting music that is both interesting and quality.”

Abramson agrees. “I know some venues have either closed (FM) or stopped most of their music programming (Monty Hall). A lot of people feel things are looking grim, but I’ve found that generally speaking there tends to be an ebb and flow, and I am hoping things pick up again soon. I know there are a few things loosely being planned, and I hope they pan out.”

Meanwhile, Moore’s Lounge, a longstanding jazz lounge for nearly 50 years, at 189 Monticello, quietly reopened in early January after a year of renovations. Winard Harper, Moore’s resident jazz band leader, orchestrated a big show there on Jan. 19. The club is also planning to reinstate its “Meet the Artist” series soon.

Urban is also optimistic. “Regardless of what the reason or reasons may be that cause music venues to struggle, I think it’s extremely important that new ones continue to open whether it be legally or illegally. I’m happy to see venues have a long lifespan, but even those that are open as little as six months have an impactful influence on the culture and art community. I hope someone is working on opening up a new music venue right now.” 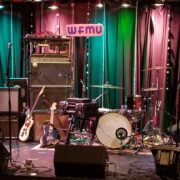 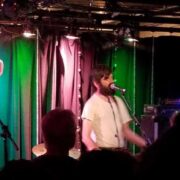