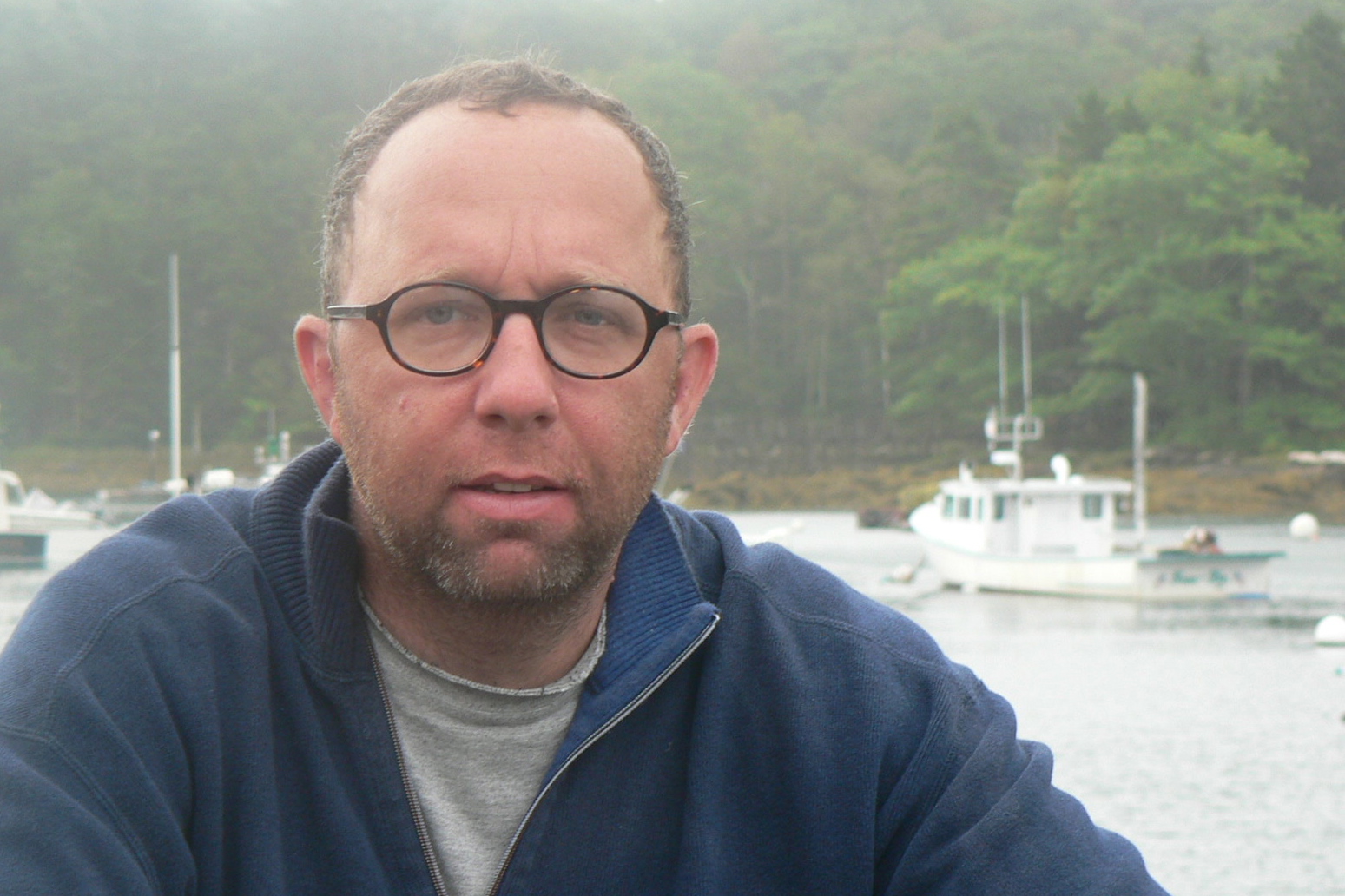 Welcome to the first interview of our new monthly column, In Our Midst, a conversational feature profiling talented residents of Jersey City who are doing something unique and interesting. Our first “guest” is attorney Dan Ackman.

JCT: Dan, thanks for agreeing to be our inaugural subject for In Our Midst. We’re really excited to talk to you — and for our readers to find out all about your work.

But first, maybe you can start us out by telling us how long you’ve lived in Jersey City and what brought you here.

DA: Sure. And thanks for having me. I moved to Jersey City in 2003 after my wife, Laura, and I got married. We’d been living in our own apartments in Manhattan and were looking for a new place to move into together. I had a view of the Colgate Clock from my apartment growing up, so I had some vague notion of Jersey City. We took the PATH over and looked at some apartments and really liked it. Can’t believe it’s been almost twenty years.

JCT: That’s great. Now, turning to your work, I know you’re both a journalist and a lawyer, though these days you pretty much concentrate on law. And as a lawyer, you have a pretty niche practice defending New York City cab drivers before the TLC (the Taxi and Limousine Commission). How did that come about?

DA: It was actually while I was in J (journalism) school. I had to do a master’s project, and I decided to do something on the lives and work of immigrant taxi drivers. But when I started asking around to find taxi drivers with something interesting to say, almost to a man I was told I should really be writing about the TLC courts ‘because they’re horrible, they’re Stalinist, they’re so unfair, they always rule against us—this is really what you should write about.’

I decided to look into it and go into the court and see some of the hearings. But the TLC court, which hears about 100,000 cases a year, said I couldn’t go in. So, I asked to speak to one of the TLC judges. Literally five minutes later a spokesman for the TLC came out and screamed at me for trying to get into the court. They even complained to the J school. I decided the whole thing was crazy and strange and decided to bring a law suit against them, which I did, and which I won very quickly [in 2000].

JCT: How did your practice defending cab drivers evolve?

DA: I saw several other things the TLC did that I thought were similar and similarly unconstitutional. One of them was their practice of suspending drivers who were arrested—even if off duty or for a misdemeanor or for something that had nothing to do with driving a cab. They did this thousands of times a year. We challenged the constitutionality of that in 2006, and believe it or not the case is still going on.

JCT: What has this meant to specific clients?

DA: Classic scenario is one I’m involved with now. the driver had an estranged wife who’s actually psychotic. She was under a court order not to come to his house unsupervised [but she did]. They argued, she refused to leave, he tries to get her to leave. According to him she punches him, and he starts defending himself. He doesn’t punch her back, but a week later he gets a call saying your wife said you punched her. A classic domestic violence incident—but he declined to press charges against her. She did press charges again him, and two weeks later he was arrested.

But he had no criminal record and a very strong TLC driving record. He’s involved in his mosque, he’s got five kids (two on scholarship at NYU), really upstanding, an immigrant success story. Obviously domestic violence is a problem. But the defendant is not always guilty. And the issue is he should not be suspended by a one-sided accusation that resulted from arrest. Nothing to do with a passenger, nothing with driving a taxi, it’s inconsistent with his own record. They suspend you and give you a so-called hearing. But for many years no driver ever won that hearing. Now, as a result of our work, they do.

JCT: What was your biggest win legally?

DA: An appeals ruling that said you had to have a fair hearing following an initial suspension.

My client, Jonathan Nnebe, got into a verbal dispute with a passenger who refused to pay her fare. Despite her being a fare beater and the fact that Mr. Nnebe never touched her, she wound up reporting the dispute to the police. Ultimately, Mr. Nnebe was charged with misdemeanor assault.

After that, the woman disappeared, and the charges were dismissed.

Cab drivers in this situation are supposedly entitled to a fast hearing, but Mr. Nnebe did not receive a speedy hearing. In fact, his license remained suspended for some time. He couldn’t support his family for months, and this was typical.

For years, these hearings were total shams. I sued the TLC to change this—and won. Now you have to have a fair hearing. And now 70% of drivers who have them win them.

JCT: So, it sounds as though you’ve been very successful. And your work certainly sounds meaningful. So, I’m curious: Have you spawned a lot of competition? Are there other lawyers who now do this work?

DA: I would say no one else does this work (laughing). Sometimes I call myself a Tigger [from Winnie the Pooh] because I’m the only one.

JCT: On the lighter side (or maybe not), I know that in the past you once deposed Donald Trump. Can you tell us about that?

DA: I deposed Trump when I was a mid-level associate at Skadden [Skadden, Arps, Slate, Meagher, and Flom]. It involved one of his casino bankruptcies. I was assigned to that case, and the partner on the case said I want you to be on this case and take the depositions—unless we get to depose Donald Trump, in which case I want to take the deposition because I would not deny myself the pleasure.

So, I go to Trump Tower [where they insisted we hold the procedure] with a box of documents and a summer associate. We get there, and Trump’s lawyer asks if they’re waiting for anyone else. I said not on our end [the partner had decided to let me handle it after all].

I think one of the reasons the partner let me do it is that it’s the ultimate insult to Trump to have an associate depose him.

JCT: All this sounds very intense. What do you in and around Jersey City to relax?

DA: Well, on weekends I spend a lot of time with my wife and kids. I take our dog Koufax to Lincoln Park West and to Liberty State Park a lot, and have recently discovered the bird sanctuary at Caven Point. I love the views and the overall feel over there. That may be as zen as I get.

JCT: And you also scour the city for good food, no? In your opinion, what’s the best bite in Jersey City?

DAL That’s a tough one. Two things I really like are Second Street Bakery, I love that place. And Buon Appetito’s. Their take-out location is great, though admittedly, they’re in Bayonne.

In our Midst profiles talented Jersey City resident doing something unique and interesting. If you know of someone who fills that description, we would love to consider them for a future column.  Please send your suggestions to deputyeditor@jcitytimes.com.

Note: Interviews have been edited and condensed for clarity and length.