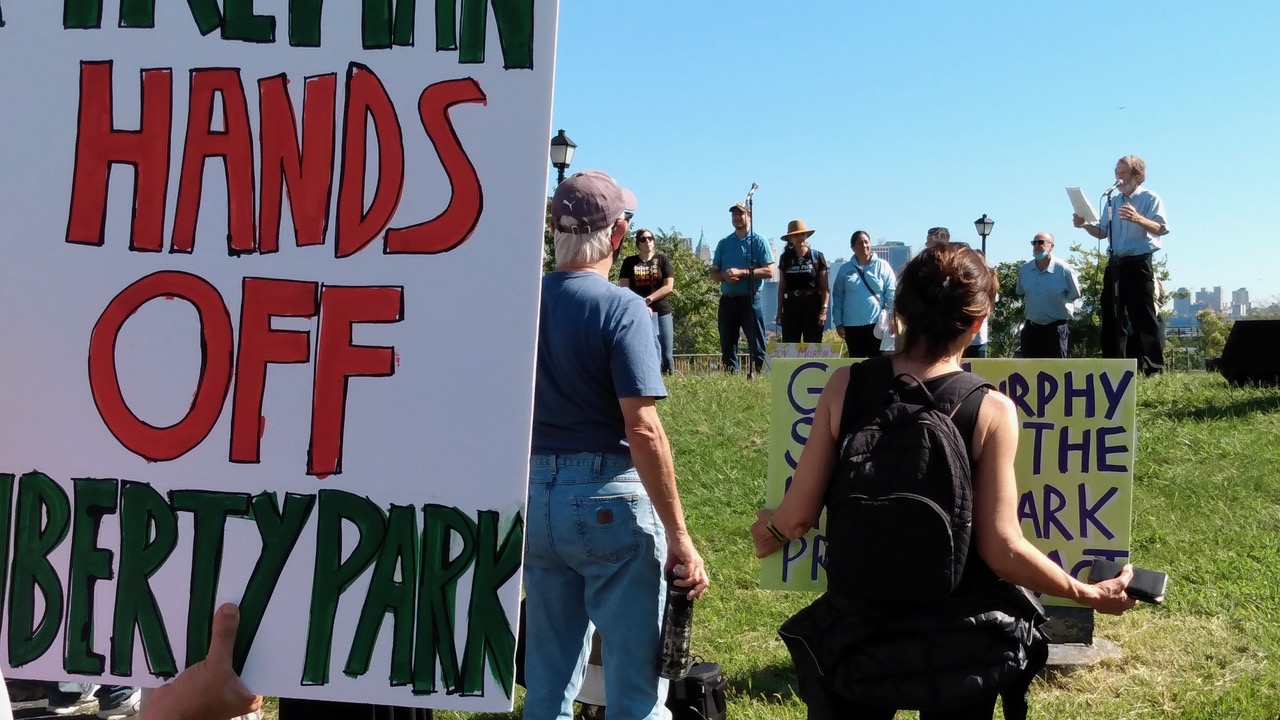 Sen. Brian Stack (D-Hudson) introduced a bill Monday that would allocate $250 million to a 17-member task force in the state Department of Environmental Protection. The money would go toward implementing recommendations of a long-term master plan the task force would draft that would include “development of new recreational and athletic facilities suitable for all age groups.”

The bill comes four years after Paul Fireman, the billionaire owner of the neighboring Liberty National Golf Course, first tried to expand his exclusive golf course into the park by leasing land on a park peninsula known as Caven Point. Critics protested, and the state rejected the effort.

But Fireman, a former Reebok CEO, again moved forward with his plans in 2020 after lawmakers tucked a provision inside the state budget that required environmental officials to “facilitate enhanced cultural, recreational and local economic opportunities” at state parks. He suspended his plans a few weeks later, citing “social justice problems.”

Critics now regard Stack’s legislation as a new overture to the politically connected Fireman. Stack and Fireman didn’t respond to requests for comment.

Liberty State Park, which sits across from the Manhattan skyline on the New York Harbor in Jersey City, draws about 5 million visitors a year. It’s considered the “Gateway to America” because of its proximity to the Statue of Liberty and Ellis Island.

“For years, greedy developers have been trying to get their hands on the park, because it’s 1,200 acres of undeveloped land and the most expensive property area in the country with the most incredible views,” Tittel said. “But the park itself is a symbol of liberty and freedom and inclusion and diversity — it’s what America stands for — and it shouldn’t be used as a private golf course by a billionaire for his millionaire clients.”

Pesin called on lawmakers to support a different bill that would protect the park from development.

The Liberty State Park Protection Act — first introduced after Fireman’s 2018 effort to lease park acreage — would forbid the state from considering any plan to commercialize, develop, or privatize the park, with a few exceptions for small-scale commercial activities outlined in the bill. About 32,000 people have signed petitions supporting that bill, and 111 advocacy groups endorse it as well, Pesin said.

While that bill seems to be at odds with the newer bill, Stack sponsored both.

“My concern is always that when a bill pops out of nowhere like this during budget season, that they’re going to try to push it through behind the hundred other bills and the budget that’s going to be happening over the next couple of weeks,” Tittel said.

Stack’s bill also charges the task force with expanding transportation services to the park to ensure equal access for neighboring residents and protecting the park against climate change by creating a resiliency plan that addresses rising sea levels and future flooding. The park suffered extensive damage during Hurricane Sandy in 2012.