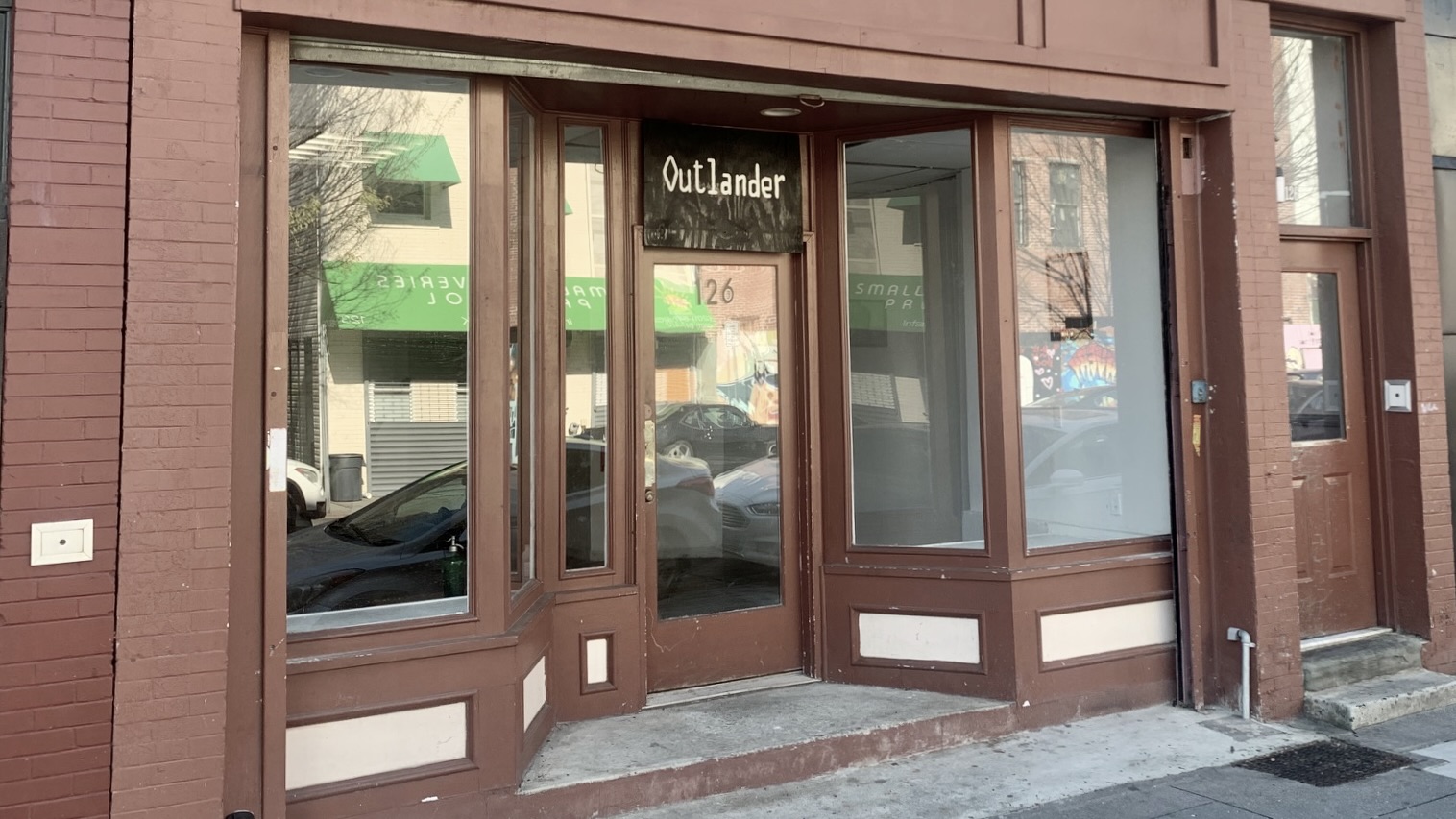 When Outlander Gallery (126 Monticello Ave.) scrapped an exhibition of paintings by Marianne Nowottny at the last minute, eyebrows raised. The Nowottny show, which was scheduled to open on April 2, was an expected highlight of the spring cultural calendar: a leap into visual arts from an accomplished, playful avant-garde pop songwriter who has tickled the Hudson County underground for many years. Its cancellation hinted that Outlander might be in trouble. The gallery on Monticello has hosted many intriguing shows since its 2020 opening. Does it have a future?

The answer: yes and no. According to gallery owner and curator Charley Cano, Outlander’s days on Monticello Avenue are numbered. But Cano intends to reopen Outlander soon in a new location that, he believes, will be friendlier to the exhibitions he mounts and the people who come to see the artwork. He plans to launch a new Outlander at 862 Newark Avenue — a much larger space across Senate Place from the sprawling MANA Contemporary complex. The target date for the relocation is June 1, and he’s launched a GoFundMe page to help grease the gears for the upcoming move.

Cano minces no words about his reasons for leaving the neighborhood. He blames the condition of the area, which he characterizes as a haven for crime, drugs, and disorderly conduct. He’s found it hard to convince collectors to make the trip to Monticello Avenue, and he doubts that anyone in a position of authority intends to take measures to change the character of the block.

It’s exciting to think about what Cano and Outlander could do with a big room — one that’ll surely benefit from its proximity to city’s largest and best-funded arts institution. At the same time, this is tragic news for Monticello Avenue. Neighborhood groups have been trying to revitalize the historic shopping strip for decades, and after many false starts, the block has, at long last, begun to buzz. Businesses like The Cottage, Lastplacewinners, Snapdragon Coffee & Social, Baonanas, Poor Man Vegan, and other new openings have enlivened Monticello; Winard Harper’s jazz series at Moore’s Lounge, too, is a local creative institution and area cornerstone. Outlander Gallery was part of that revival. With SMUSH in funding limbo, and Outlander heading for the exit, McGinley Square and its environs may soon be without an independent art gallery for the first time in years.

We caught up with Charley Cano for a brief conversation about the present and future of Outlander.

Tris McCall/Jersey City Times: Why didn’t the Marianne Nowottny show happen?  Will it be rescheduled?

Charley Cano/Outlander: It might be rescheduled.  We’re friends and we’re in touch. We may do it at the new location.

It just got to the point where I wasn’t able to do the show justice. It wouldn’t have been fair to do it here. The prevalence of the drug culture doesn’t allow for it. I’ve spent half of my time since I opened the gallery chasing away dealers and addicts. I look out the window and I can see it going on right now. It’s hard to get people to come here because the neighborhood turns them away.

“Bar Me Up,” by Teague Smith, which was shown at Outlander in January 2022

TMC: You’re planning on doing a few more events at the Monticello location before you go, though, right?  An experimental music show?

CC: No, I don’t think we can do it here. Events after dark just don’t make sense. I’m doing everything I possibly can to accelerate things and relocate. I have lots lined up for the new location. Once we open, we’re going to have a full schedule.

The Jersey City ARTS High School Program will show its senior theses here in May. That was something we scheduled in October. We’re excited about that. But that’ll be the last thing we exhibit here.

TMC: I’ve always seen Monticello as a lively street with lots happening — The Cottage, Snapdragon, Moore’s Place, the bike shop. What am I missing?

CC:  Some folks just visit the businesses. They’ll drive over in luxury cars, and then they drive away. They don’t always notice what’s going on.

TMC: For the record, I ride my bicycle there. 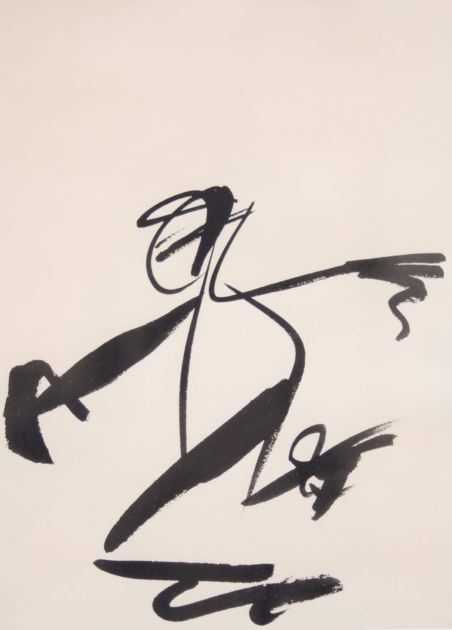 TMC: The restoration of Monticello Avenue has been a local priority for a long time. Has anybody from the neighborhood or the city tried to convince you to stay?

TMC: What are the neighborhood conditions necessary for an independent art gallery to thrive?

CC: An absence of an open-air drug market nearby!  That’s basically it.

To be fair, there are lots and lots of decent residents in this neighborhood who appreciated Outlander. But when there are dealers on every other corner, people won’t travel here, and you can’t blame them. It’s difficult to ask artists from outside of town to cope with that. This new location is going to be much more accessible.

CC: It’s a great building, and it’s right across the street from MANA Contemporary. Believe me, I looked around for a long time — I’m always looking. This was the place that called out to me.

Before 2020, I’d been throwing arts events in Newark. I wanted to open a gallery in Newark or Jersey City, and I chose the original Outlander space. I wish I had seen this place before I opened there. It’s 2500 square feet. We’re going to have sculpture, photography, music, dance, all sorts of events.

TMC: That does sound exciting. But does moving to a bigger space mean changing the kind of art you show?  Do understated artists like Richard Isgard still fit into the Outlander vision?

CC: It’s going to be better for them. Here on Monticello, I’ve always wished I had higher ceilings. An artist like Valerie Huhn would have benefited from a larger space. I wanted to give her works the room they deserved. One of the exhibitions we’re going to do is going to be devoted to taller pieces. But there’ll be plenty of room for small works, too.

TMC: SMUSH, as I am sure you know, recently called for financial help. Eonta Space still isn’t back.  Do you think that Jersey City is becoming increasingly untenable for small galleries?  Especially for those that aren’t located Downtown?

(Outlander Gallery continues to raise money for their move to the new space. You can support them at their GoFundMe page.)