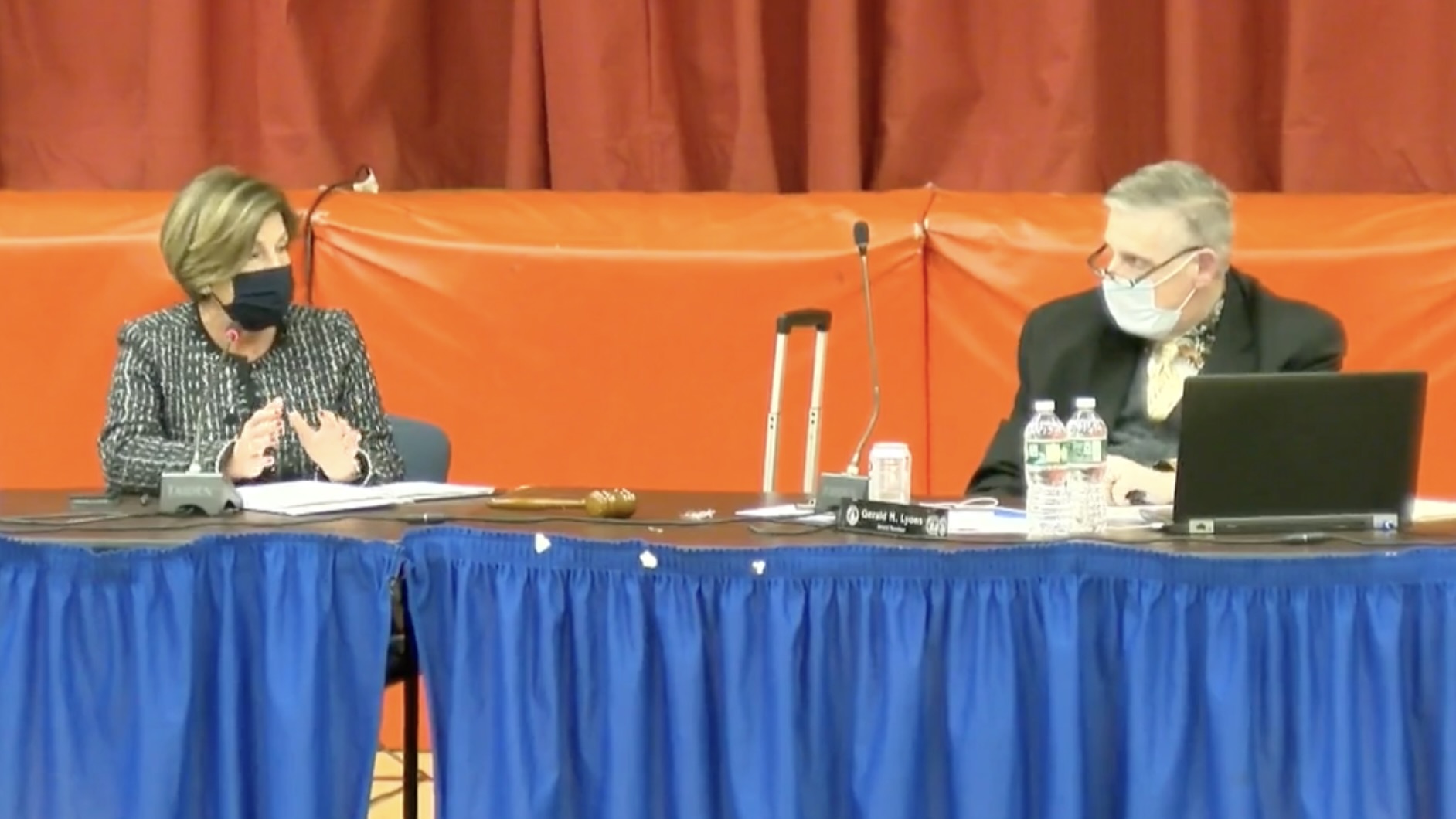 The Jersey City Board of Education’s Tuesday night reorganization meeting was not all pomp and circumstance. Recent school closures amid rising Covid-19 cases and the search for a new superintendent prompted comment from parents and a union leader.

Students in the city public schools returned to remote instruction on Jan. 3 following a surge in the number of individuals testing positive for the coronavirus due to the highly contagious Omicron variant, a district statement said. According to Deputy Superintendent Dr. Norma Fernandez, the district anticipates returning to in-person learning Jan. 10.

But some parents do not believe there will be a timely return to the school buildings.

“I have zero confidence we’re returning to school on Monday,” parent Jackie Cox said, after wondering aloud why Covid testing was not a greater part of the district’s response.

“This pandemic is not going away, and more variants are on the way, so we need to find a way to live with this and do it safely,” she said.

“We have so many other tools,” Danforth Avenue Early Childhood Center parent Robert Gordon said. “There is mass testing, vaccines, air filtration systems, masks, social distancing, and sanitizing hands and surfaces. Why, when we reach into our toolbox, do we always seem to go right for the hammer every time?”

Fernandez, the deputy superintendent, said the decision to return to remote learning for the week was based on the number of staff members testing positive for the virus.

Out of the approximately 2,650 teachers and paraprofessionals in the district, Fernandez said 275 staff members tested positive for the virus and 40 people had been in close contact with a virus carrier.

According to the deputy superintendent, “This is double the number of cases we had in the whole month of December.”

Fernandez added that 750 teachers and teachers’ aides had been absent Monday due to symptoms and need to be tested.

“Our district affirms the parents’ sentiment that in-person learning is best,” Fernandez said in alliance with the parents who had been vocal in the room. She said the district will update parents as circumstances change.

New board trustees Younass Barkouch, Natalia Ioffe, and Paula Jones-Watson were sworn in at the meeting, and the board elected its leadership for the 2022-23 school year.

Gerald Lyons, a retired educator from the Hudson County Schools of Technology, was elected president.

Breaking with the past, the board changed its policy and elected two vice presidents, one to focus on instruction.

“Several large districts like Newark and South Orange-Maplewood have two vice presidents,” Lyons said. “I think it’s a great way for us to get more experience as leadership.”

Fernandez’s future in the district was openly discussed at the meeting, although trustee Noemi Velazquez said this was inappropriate and the topic should have been saved for the board’s closed session.

A motion by Verdibello to appoint Fernandez interim superintendent through June 2023 was tabled.

Earlier in the meeting, Jersey City Education Association President Ron Greco urged the board not to let the mayor influence its choice of superintendent or acting superintendent.

The teachers’ union president has said Fernandez is his choice for acting superintendent, not Assistant Superintendent Ellen Ruane who is also vying for the job.

“We need someone who’s going to keep the waters calm and steer the ship for the next six months,” Greco said.

Lyons said the board will hold a special meeting on Monday to discuss the superintendent search.