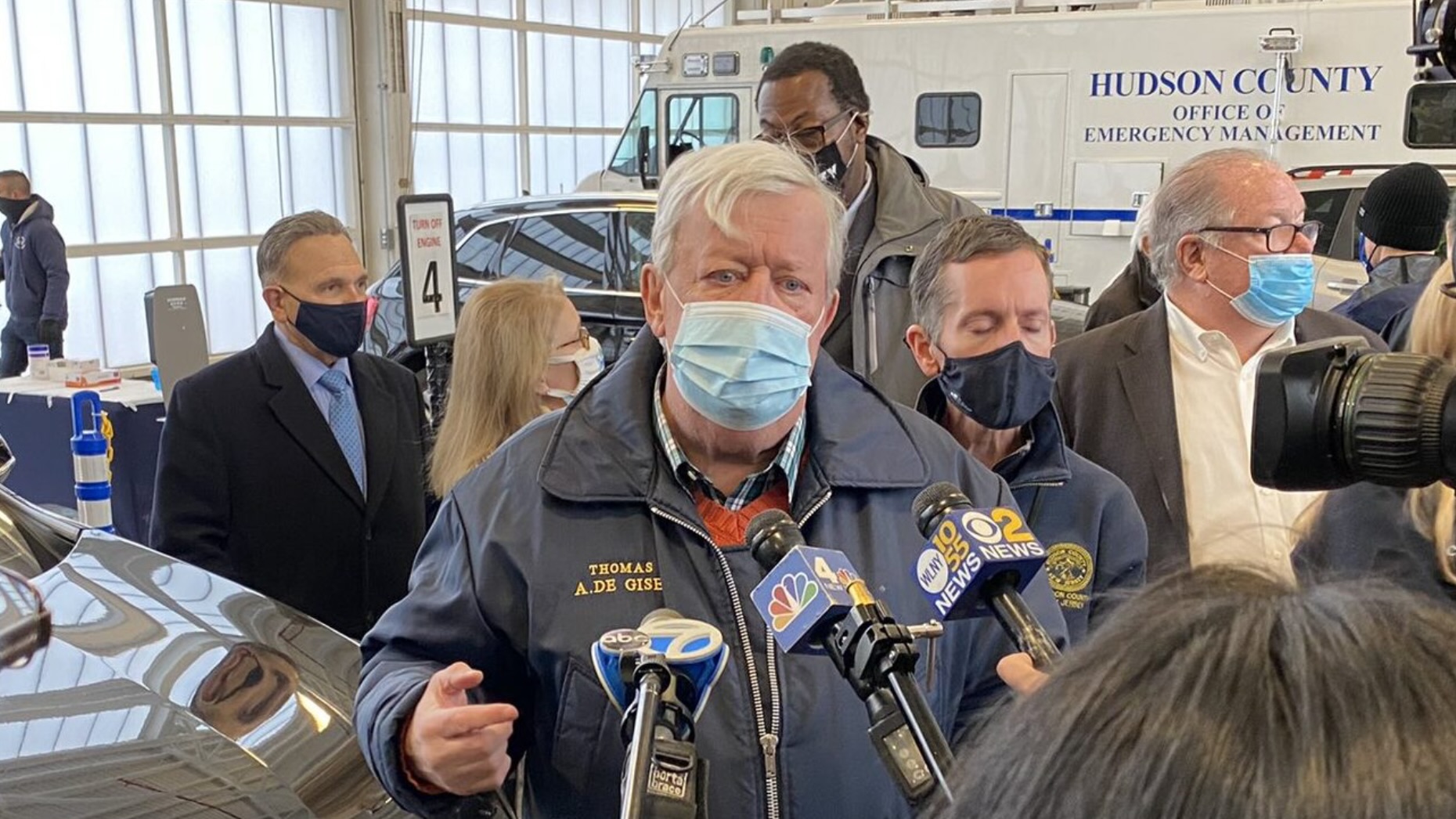 A Superior Court Judge has dismissed a lawsuit Hudson County Executive Tom DeGise filed against a group of activists and voided a restraining order that had severely restricted when the group could protest outside DeGise’s home.

The order, issued in December 2020, limited protests to a single hour every two weeks, barred more than 10 people from demonstrating, and restricted where such demonstrations could be held. Protesters gathered outside DeGise’s home and the homes of some county commissioners to protest since-abandoned contracts Hudson had with U.S. Immigration and Customs Enforcement to house immigrant detainees in the county’s jail.

DeGise’s request to limit the protesters’ time rallying in front of his home “ultimately hinders the availability of public discussions that deleteriously and improperly injures the body politic,” Judge Jeffrey Jablonski wrote.

The judge’s move comes as politicians in New Jersey and nationwide have expressed more alarm about activists staging protests outside officials’ private residences. Assemblyman Lou Greenwald (D-Camden) has introduced a bill that would require the redaction of elected officials’ home addresses from public documents. The U.S. Senate last month unanimously passed a bill intended to beef up security for the nine Supreme Court justices in response to pro-choice rallies outside their homes.

Amy Torres, the executive director of the New Jersey Alliance for Immigrant Justice, was one of the targets of DeGise’s lawsuit.

“I wish this was something that had been decided earlier because the whole reason we had this defense was because of the chilling effect it had not only on protesting the ICE contract but also just protesting in general throughout the county,” Torres said.

In November 2020, Hudson County renewed for 10 years a contract to hold immigrant detainees for ICE and the protests began soon after. DeGise and Hudson County’s commissioners sued Torres and other advocates, including former congressional candidate Hector Oseguera, alleging harassment and other intimidating conduct.

It’s not clear whether DeGise will seek to appeal the ruling. A spokesperson for DeGise declined to comment.

“The rights to speak and to protest are protected by the Constitution, and dissent has been foundational to our democracy,” Jeanne LoCicero, the ACLU-NJ’s legal director, said in a statement. “We hope that the court’s thorough opinion, issued after lengthy and costly litigation, will serve as a reminder to elected officials throughout New Jersey that efforts to silence dissent and punish opposing viewpoints will not succeed.”