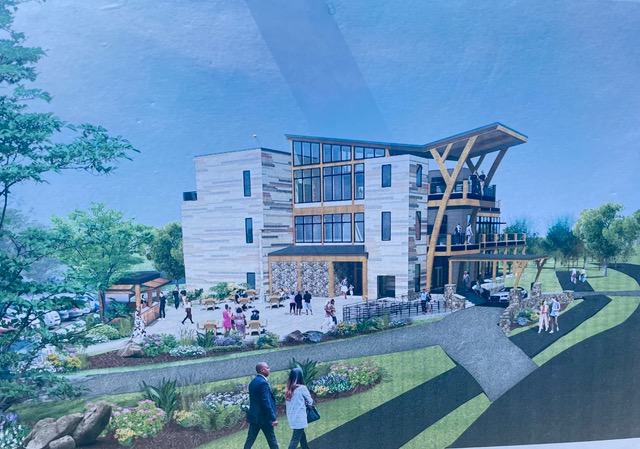 To be called “The View at Lincoln Park,” the state-of-the-art dining and catering facility replaces the former Casino in the Park and will feature two banquet halls, a moderately priced public restaurant and a rooftop dining area. 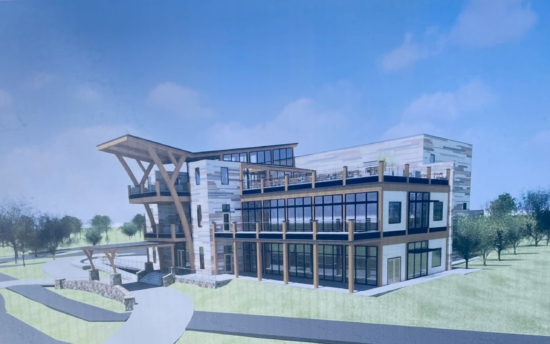 “Lincoln Park has long been a jewel for Jersey City, with its previous banquet hall hosting distinguished guests from Frank Sinatra to President Bill Clinton,” said Hudson County Executive Tom DeGise. “Today marks a new chapter for the future of Lincoln Park and once again puts our community on the map as a place where lifelong memories will be created. We are excited to bring this special new venue to our community and look forward to this dining experience opening in the not so distant future.”

Landmark Hospitality, which owns Liberty House Restaurant in Liberty State Park and is developing the Albion Hotel and adjoining Felina restaurant planned for the Capital One Bank building at the corner of Jersey and Newark Avenues, has signed a long term lease to operate the new venue. Construction is expected to begin later this month with an anticipated completion date of September 2022.

The 47 foot tall building will contain two banquet halls, with room for up to 190 and 225 people respectively. The public restaurant will have a capacity of 175 patrons.

The project, which will be built using union laborers, will cost roughly $12 million, with Landmark Hospitality contributing a portion to complete interior construction, including the kitchens, finishes and furnishings.

Also in attendance at today’s event were Jersey City Mayor Steve Fulop, Hudson County Commissioner Bill O’Dea and Councilwoman Mira Prinz-Arey, who represent the community where the new facility will be built, Jeanne and Frank Cretella, owners of Landmark Hospitality, Patrick Kelleher of the Hudson County Building and Construction Trades, Angelo DelRusso of Del-Sano Construction, the contractor of the project and local neighborhood organizations.

Murphy Ends Outdoor Mask Requirement But Leaves Others in Place