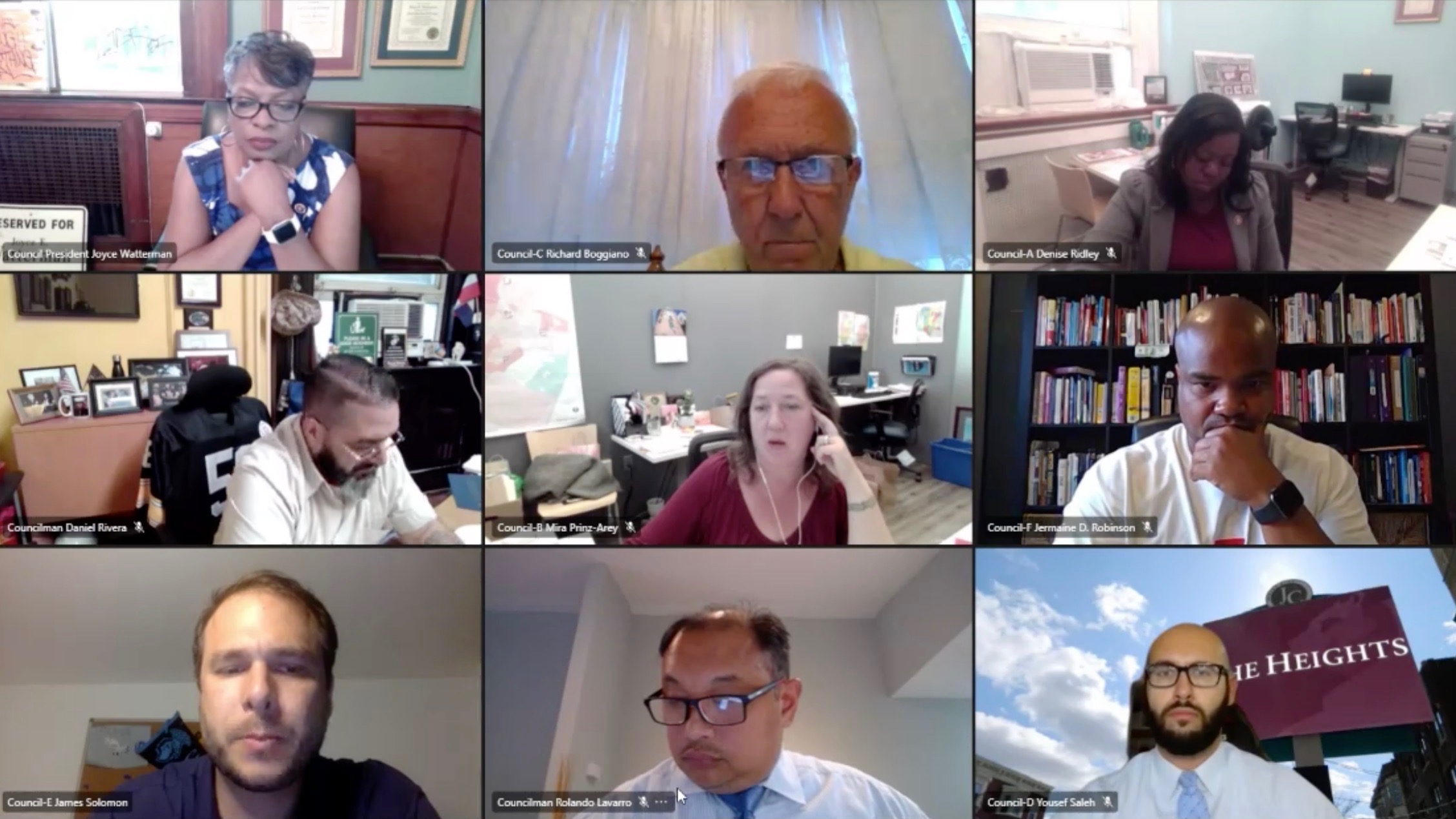 The previous ordinance of 2019, which Lavarro and Solomon voted against, was successfully challenged in court this August by the Fair Share Housing Center for because it had not been referred to the city’s planning board.

For the last few weeks, Fair Share Housing has been working with the planning board and with some members of the city council on a revised ordinance.

Lavarro’s proposed ordinance, would have required developers to designate 20% percent of their units as affordable housing, without the controversial “community benefits” outs afforded by the prior law.

Council members who voted down Lavarro’s ordinance cited concerns about his work being done in parallel with Fair Share Housing.

Lavarro contends that his ordinance meets the standards of the court and is the best way to move forward.

Councilwoman Ridley implied there was no need for Councilman’s Lavarro’s ordinance.

“Why are we asking the planning board to do double or triple work? … Lavarro has his version. Solomon has been talking about one. I don’t know where we are with moving forward on one resolution that we can all support, “ she said.

After accusing Lavarro of having thrown a “hissy fit” on social media the previous night, Ridley and Lavarro traded barbs.

“Lavarro, you’ve been on the council the longest, at least 10 years, and in that time, there’s been little affordable housing … You’ve voted for multiple abatements … you asked us to look at Fair Share Housing, and now that they’re at the table, you’re going ahead of them to try and push your agenda … Councilman [Lavarro], don’t tell lies about me … I won’t tell the truth about you.”

Lavarro responded, “Let’s start with some truth. The reality is that this ordinance is stronger than the one that was struck down by the courts. My ordinance calls for 20 percent across the board city wide. Reality is, there is an election and people are trying to play politics with it. I want to move this process forward. We tried to have a process in 2019. We established a committee … The work was hijacked by Fulop’s sham ordinance that was adopted by the city council with myself and Solomon voting against it. So, don’t be fooled by this. Election day is coming. If you check the record on tax abatements, yes, I voted for tax abatements, but you’ve just condemned your two at-large running mates. One of them voted for every abatement. I want the people of Jersey City to know that I am going to continue the fight until we have a more fair and equitable Jersey City.”

Councilperson Prinz-Arey said she was voting ‘yes’ “for the process, not the ordinance.”

But it was the other process taking place — trying to salvage the 2019 ordinance that was recently thrown out by the court — that Council President Joyce Watterman said she supports.

“We are sitting down with Planning and Fair Share Housing … I know Lavarro is suspicious of it. That’s his right, but that don’t mean I have to be suspicious. I trust the process.”

The city council passed an ordinance put forth by Councilman Solomon to create an ad hoc committee to propose recommendations to improve Jersey City and SUEZ’s emergency response to storms. This comes after the Caucus castigated Suez officials on September 7 for its handling of Tropical Storm Ida, citing Suez’s delayed boil water advisory and its failure to distribute potable water to residents in a timely and effectual manner.

The committee will be made up of three council members, yet to be named, and has up to 180 days to report its findings to the council.

Sarah Howland, an attorney and resident of Ward B, alleged that there are “dozens of fly-by-night real estate developers [in Jersey City] who buy up distressed properties, often at sheriff auctions, conduct shoddy and superficial renovations without permits, and then flip the houses.”

Howland said, “For context, this happened to me two years ago. I bought my house from an LLC, which is owned by an individual named Maurice Wolf. He’s based in Brooklyn, but he owns more than 600 LLCs that basically operate as shell companies through which he runs these illegal house flips. It didn’t take me very long to discover all this info through public records, so I can’t imagine that it’s not on the radar of the city officials or someone’s radar. He was convicted of criminal fraud for real estate rigging.”

Howland said she had “spoken to many Jersey City residents who all have eerily the same stories that almost always involve faulty plumbing and defective roofs. [The houses] always have the same fixtures. Often there are illegally finished basements. I think these developers are engaging in criminal activity by hiding behind these shell companies.”

Ward B Councilperson Myra Prinz-Arey, who said another Ward B resident had contacted her with a similar story, said she would reach out to Ms. Howland about the matter.

School Board Candidate Forum Goes Ahead without “Change for Children”...
Scroll to top