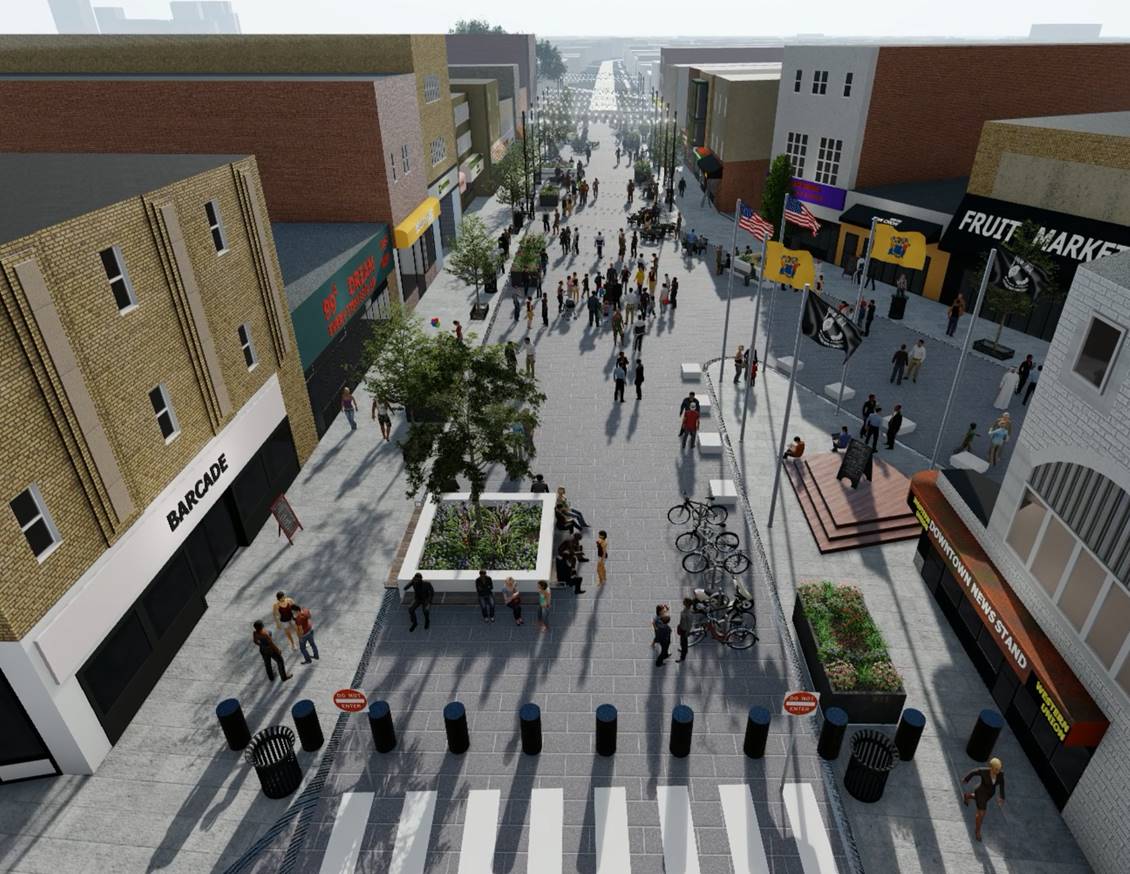 A resolution will go before the City Council tomorrow to award a contract to JC Contracting Inc. in the amount of $6.7 million. The project went through a public bidding process. 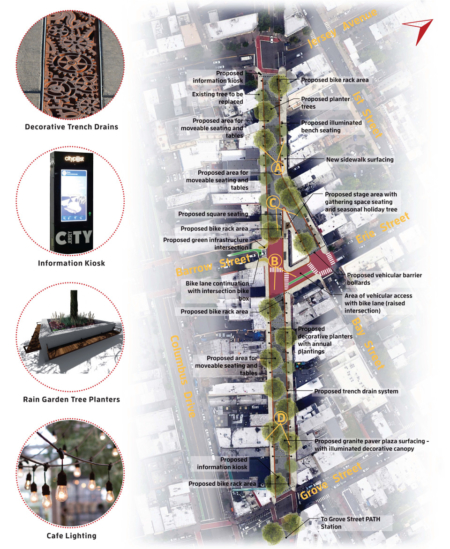 The upgrades include granite pavers to replace the green painted asphalt and elevate the street level to match the sidewalk for a more cohesive structure with greater stroller and wheelchair accessibility. Decorative trench drains will line the existing curb, rain garden tree planters will be installed, and café lighting will be added for improved visibility. A stage area will also be constructed for community events.

The Pedestrian Plaza was controversial when first proposed in 2014, with some businesses concerned about customer access as automobile traffic and parking were eliminated.   In 2016 security became a concern with close to 100 calls made to the police to complain about dozens of street fights, public drunkenness, noise, and assaults. Complaints continued until the Covid-19 pandemic severely curtailed business on the street.

The plaza was first closed to vehicles in 2015. It was expanded to a second block in 2018. Then, during the Covid-19 pandemic, it was expanded further to Grove Street between Montgomery Street and Christopher Columbus Drive as well as 1st Street and Newark Avenue.

The mayor referred to some of the past opposition in this morning’s press release. “The creation of the Pedestrian Plaza was a risk our administration took when first elected as there was significant pushback, but I think over time it has become clear to everyone that the changes we made there have attracted more people, allowed more businesses to open, and created a destination spot for visitors and residents,” Mayor Fulop said.

Said Rachel Sieg, Executive Director of the Historic Downtown Special Improvement District, “We’re looking forward to construction start, with the pandemic this is only going to help our local businesses.”

Kenny Caulfield, Co-owner of The Ashford agrees. “These are extremely challenging times for so many of us business owners, and so I’m especially grateful to have this type of support from the city because this is what is going to make the difference for us. This makes us more of a destination. What has happened over the past few years here is breathing new life into Jersey City, and this permanency will bring us to a new level as a sought-after destination, with businesses attracting more businesses.”

Construction on the new permanent upgrades is scheduled to begin in April 2021.