As simple as snapping a tree branch in two, Jersey City’s lawmakers have separated its Parks and Forestry Division into separate administrative spheres.

As prescribed by an amended ordinance adopted Wednesday night by the city’s governing body, Forestry will remain a unit within the Department of Public Works while Park Maintenance is moving under the newly-formed Department of Recreation & Youth Development although both perform similar, overlapping functions.

Additionally, as prescribed by the revised structuring, Forestry is to “coordinate with the city Division of Sustainability” as its staff takes responsibility for “maintenance of street trees and trees within city parks,” as well as “ensuring compliance with city forestry standards.” Park Maintenance employees, meanwhile, are tasked with “trimming trees on sidewalks and planting trees within public easement areas,” along with approving uses of city parks for private gatherings.”

Forestry will not get elevated to the level of a department with its own budget and staff as the city’s Shade Tree Committee recently advised the council and the mayor.

Only Ward F Councilman Frank Gilmore opposed the shift, along with a host of other bureaucratic changes to the structure of city government devised by the city administration. Gilmore wondered how a reshuffling of city employees’ work responsibilities on paper would translate to improved quality of service for residents. 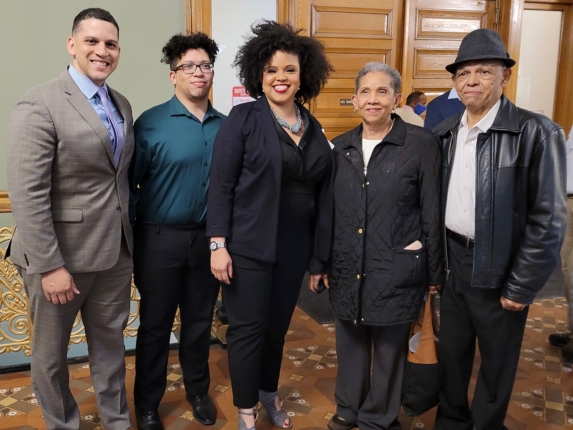 “I vote ‘no’,” Gilmore said. “You’re still going to have the same people working in those jobs.”

Two colleagues, Ward A Councilmember Denise Ridley and Ward E Councilman James Solomon voiced reservations about the restructuring but in the end voted in favor after getting assurances from city Business Administrator John Metro that no current employees’ jobs are being threatened and that, in fact, their working conditions may even improve when city department heads present their workforce and equipment needs at upcoming city budget deliberations.

Still, Santo Della Monica, president of Jersey City Public Employees Local 245 representing blue-collar workers (including those in park maintenance), urged the council to delay acting on the measure because union members have no way of knowing how it will impact them. Moreover, he said, the city is going to end up “spending thousands of dollars for new directors while we’re 100 traffic guards short.” Better to table the ordinance for now and “call in the unions to make this (proposed restructuring) run efficiently,” he added, drawing cheers and applause from a crowd of city workers, many of them crossing guards, seated in the chambers.

Irked by the outburst, Council President Joyce Watterman said: “This ordinance has nothing to do with you… I didn’t know you were having a problem.  You can make an appointment with me to discuss it…. I understand you need manpower (but) I don’t want you to come up here and insult this council. Schedule a meeting. I welcome a new structure of departments.” 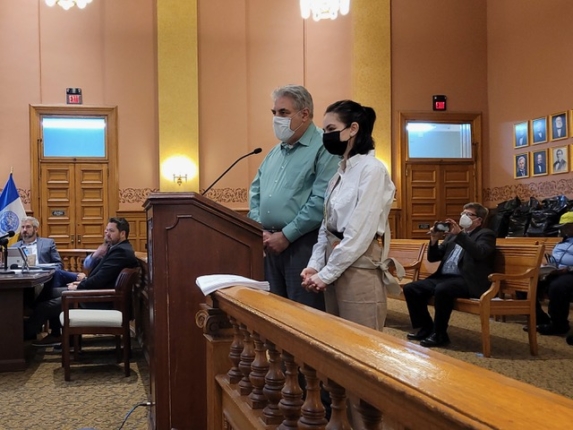 In other business, the council ratified the permanent appointment of Carmen Gandulla as city director of finance. Gandulla, who was initially hired to run the city’s Community Development Department in 2014, has been acting finance director since February 2021. A Rider University alumna, Gandulla worked in the banking and finance field before shifting to municipal work. She has chaired the city’s Affordable Housing Trust Fund Review Committee and, for Hudson County, she has served on the Alliance to End Homelessness and Homelessness Trust Fund executive boards.

“We’re shattering a glass ceiling of sorts tonight,” said Ward D Councilman Yousef Saleh, “since this is the first Hispanic woman, Puerto Rican, to occupy this position in Jersey City.”

Council members delivered a series of accolades to the new department head.  “You’ve knocked it out of the park from day one,” Councilman-at-large Daniel Rivera said. “Continue to do well.” After a round of applause from the audience, Rivera added: “That shows the Latino community has your back.”

Ward B Councilmember Mira Prinz-Arey, Councilwoman-at-large Amy DeGise, and Gilmore thanked Gandulla for aiding their understanding of the city’s fiscal issues, and Watterman commended her for being an “advocate for so many people, for the women in City Hall. I’m so proud of you, girl. In the women’s community, this is a home run.”

On another positive note, the city’s new Division of Sustainability (also created by the new ordinance), which is working to protect and expand the city’s green canopy, got a boost from Julie Peters, a member of Heights-based Girl Scout Troop 1194, who gifted the city 20 new trees as part of her work project toward a Gold Award, the highest citation awarded a high school-age girl scout. Valued at $10,000, the trees will be planted in Leonard Gordon Park to serve as a memorial to those who lost their lives to Covid-19, including her uncle David Peters and former Heights Councilman Michael Yun.

Jersey City Arts: A May Preview