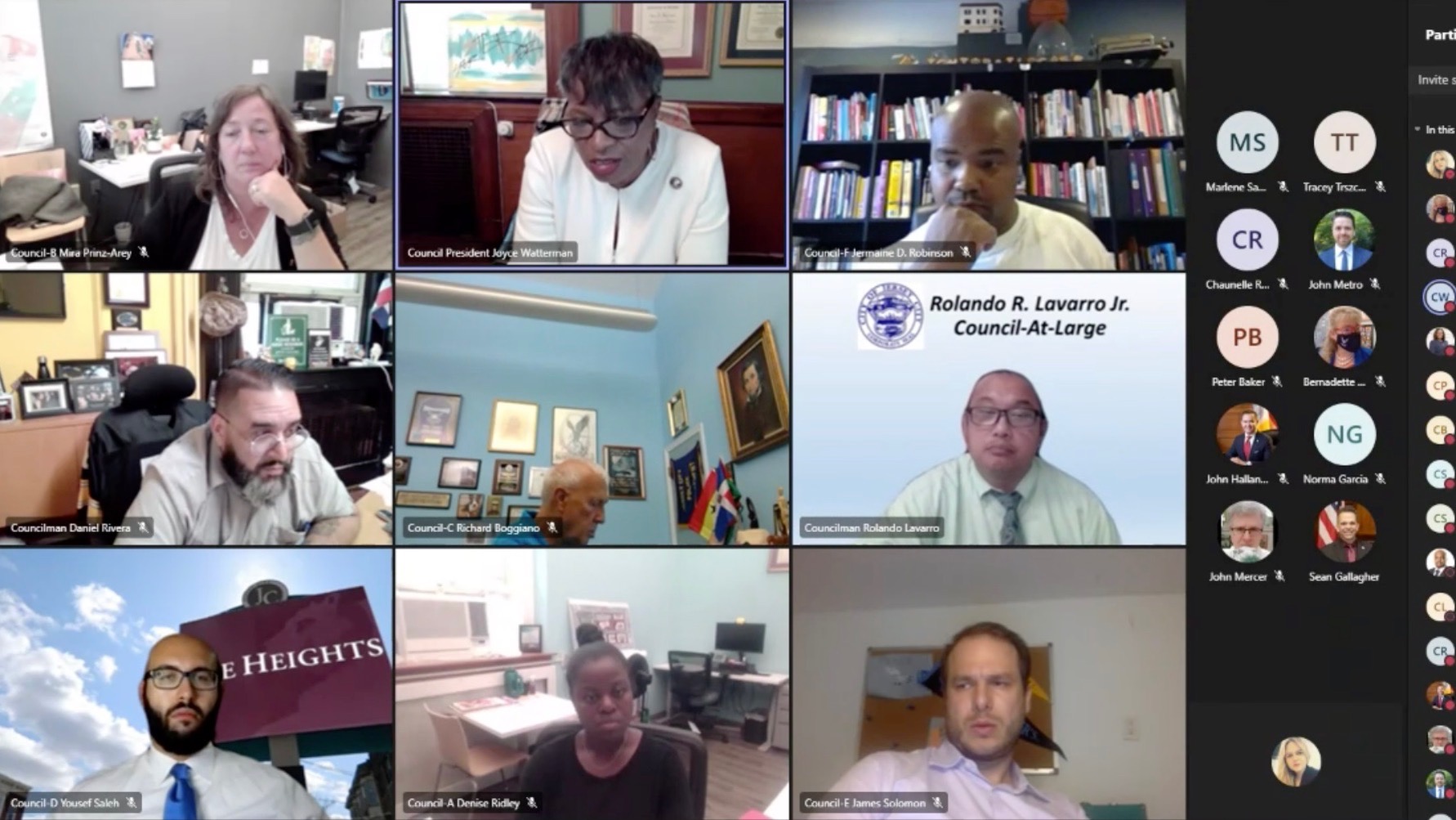 Last night, the City Council declined to add Councilman Lavarro’s inclusionary zoning resolution to the agenda, voted to supply free menstrual products in all city buildings, and authorized the city to spend an additional $50,000 to defend itself against allegations of falsifying financial records.

The city council voted down a motion made by Councilperson-at-Large Rolando Lavarro that would have added to the agenda a resolution referring an inclusionary zoning ordinance to the Planning Board for its consideration. Lavarro was supported by Ward E Councilman James Solomon.

Lavarro noted that the IZO that had been adopted by the council in October 2020 was struck down in court last month in part because it had not been referred to the Planning Board in violation of the state’s Municipal Land Use Law. That ordinance, which passed despite objections from Lavarro and Ward E Councilman James Solomon, allowed certain new developments in the city to set aside as few as 5% of their units as “affordable by utilizing certain exemptions. The plaintiffs in the suit —Fair Share Housing and New Jersey Appleseed — argued that it “created a way of horse trading affordable units for Jersey City residents to developers.”

Lavarro’s new ordinance would have required new developments of ten units or more to have at least 20% affordable housing with “no buyouts or exemptions,” he said. Referring to these exemptions, he added that despite other council members’ “suggesting there be flexibility to accomplish other goals, that’s not my priority or the priority of the 3,000 people who signed the ballot initiative for this ordinance.”

Council President Watterman was one of six council members to reject Lavarro’s motion.

“I know there will be a meeting on Monday with Fair Share Housing and our planning division to see how they can work together to make sure we get affordable housing. So, the reason I’m not voting for this is they agreed it has to go to Planning first anyway. I’m voting no because they are working on it, and they know we want it soon,” she said.

Lavarro contended that “arguments that this ordinance was late or improperly submitted are all false” and “in fact on this council agenda today there are multiple resolutions that were submitted and entered into the system later than this resolution, and I will make sure [this resolution] is added immediately after this meeting.”

The motion to add the ordinance to the agenda was rejected 3–6 with Lavarro, Solomon, and Prinz-Arey voting yes.

Working with Councilperson Mira Prinz-Arey, Cassidy Gormley, an 11-year-old Girl Scout, advocated for a resolution that would provide free menstrual products in all city-owned restrooms. She did so as part of her “Take Action” scout project.

Cassidy made the point that “menstrual products should not be a barrier for someone who is advocating for a cause or making public comments during public meetings.”

The City Council approved a resolution authorizing up to $50,000 for legal services from Calcagni & Kanefsky, LLP to represent the city of Jersey City and Director of Finance John Metro in the matter of Lubna Muneer v. City of Jersey City, et al.

This is in addition to the a previous $50,000 that was paid to Calcagni & Kanefsky last year for representation in the same law suit.

Lubna Muneer, the former Jersey City CFO, had filed a whistleblower suit alleging harassment, retaliation, and egregious conduct, claiming that she was fired by Metro on February 25, 2020, for refusing to falsify financial records relating to the city’s municipal budget.

The resolution was approved 8–1, with Councilperson-at-Large Lavarro voting no.