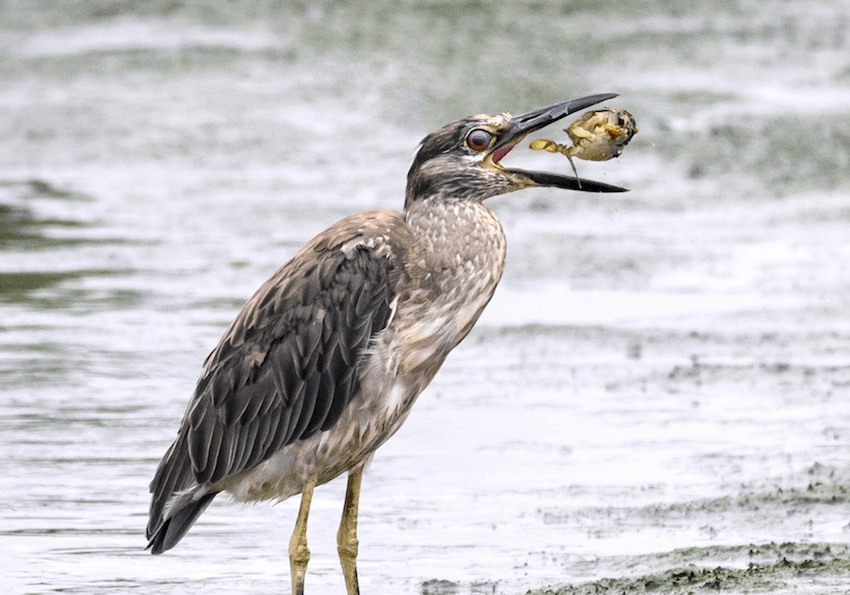 With July 4 approaching, the Jersey City Council voted to table a vote on the resolution urging the state legislature to enact the Liberty State Park Protection Act until its next meeting on July 15.

As Wednesday’s council meeting got underway, Councilman Jermaine D. Robinson asked council members to table the vote on the Liberty State Park Protection Act to allow him the opportunity to meet with Ward F constituents to hear their concerns prior to the vote. Since Ward F borders Liberty State Park, Robinson felt constituents’ voices needed to be heard.

“I wanted to have a conversation with the community,” Councilman Robinson said. “I’m in a tough position, the ‘tale of two cities.’ I represent the downtown Van Vorst area, and I have a part of the community in Ward F crying out to let their voices be heard. Liberty State Park is right in the middle of it. Nobody wants to hurt Liberty State Park, especially not me. I’m not here to play politics. I’m asking for another month.”

In the public comments section of the meeting, 78 callers signed up to speak to the council, and close to 50 callers supported the Protection Act.

Privatizing Liberty State Park has been an issue for the past 40 years according to Friends of Liberty State Park president Sam Pesin, whose father Morris Pesin and environmentalists and historians Audrey Zapp, Ted Conrad and J. Owen Grundy led the movement that created Liberty State Park in 1976. Since then, developers have built on privatized sections like the Liberty Landing Marina where pricey yachts are moored and Liberty House Restaurant, which boasts perfect views for splashy weddings and corporate and political shindigs.

Billionaire Paul Fireman built the Liberty National Golf Course at Liberty State Park, and in exchange for giving the park perks like new basketball courts and a golf-training program to underserved youth, he wants to take over Caven Point, one of the last undisturbed estuaries that provides a nesting area for sandpipers, songbirds, turtles, horseshoe crabs, egrets, osprey, and small animals. But according to a recent article in The New York Times, a Liberty National spokesman was more blunt, saying the land was needed to woo major PGA tournaments to Jersey City.

“If we are not able to accommodate what these tournaments need, then they will simply go somewhere else that can,” Chris Donnelly told the Times.

The council, along with members of the public, voiced concerns about Fireman’s proposed intention. Sam Pesin called in to ask the council to pass the resolution.

“The resolution is only a ‘yes’ or ‘no’ vote on whether you’re for or against privatization,” Pesin said. “My father, Morris Pesin, the park’s father, fought to have it an inclusive park, and the park users reflect our city’s beautiful diversity. The act would already have been law if not for Paul Fireman, so he can have a showpiece eye-candy golf course. Liberty Park is at a crossroads. This is a war for the public good. Fireman is wealthy and should just donate money for improvements without getting Caven Point as a quid pro quo. Please do the right thing. Stand up for the park.”

Councilman James Solomon, who introduced the Protection Act resolution, said there seems to be an agreement among the council members that the land will never be privatized, but that there’s a big fight ahead.

“We are fighting a billionaire,” Councilman Solomon said. “All Jersey City was unified on the Protection Act six months ago. The council passed it. The mayor was all in about it. It did not pass the state legislature. The assembly speaker killed it. We are fighting against an extremely powerful person with extraordinary influence. It requires us to push. To present a unified front.” 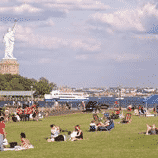 Dana Patton, a long-time resident of Ward F said the park is used every day by people in Ward F and every other Jersey City ward. She said the resolution supporting the park’s Protection Act would finally take away “the threat that is constant every year of casinos, racetracks, of every single thing that a billionaire wants to do to make money off this park that belongs to the people”.

“We shouldn’t have to keep fighting this fight,” Patton said. “This Protection Act does not prevent anyone from having active recreation in the park, from having free things for the public to do, for serving the public. I’m unclear about why there’s hesitation to support this act when this act is purely to keep private developers from being able to make money off of this park.”

Gregory Remaud works for the NY/NJ Baykeeper, a conservation organization that has worked in and around the New York Harbor for thirty years.

“I want to urge the council to approve the resolution to approve the Protection Act,” Remaud said. “It says our great park is a local and national treasure. It deserves the same protections and privileges as every park in the United States. With other parks, you don’t have the kind of nonsense where developers have a say of what happens and doesn’t happen. You don’t have that anyplace else. You have that at Liberty State Park.”

Retired school teacher, Steve Krinsky has lived in Jersey City for more than 30 years. As a teacher, Krinsky brought his students to Liberty State Park.

“I taught middle school Social Studies,” Krinsky said. “Liberty State Park was their introduction to nature, to the environment, to get away from the noise of the streets. At Caven Point beach, we would talk about how the Lenape Indians would come every day and pick food off the cherry trees and the blackberry trees. Before the Europeans arrived, Caven Point would be covered with oyster shells that the natives left behind. Caven Point is one of the last remaining saltmarshes on the New York waterfront. Please don’t let anyone destroy this amazing spot. Let’s make Caven Point a destination point for children of Jersey City to learn about wildlife habitats and history.”

After listening to hours of callers supporting the Liberty State Park Protection Act, the resolution was about to come up for a vote. Councilman Solomon agreed that the conversation Councilman Robinson proposed was an important one, but likely wouldn’t resolve much before the next council meeting on July 15.

“I don’t want to withdraw it,” Councilman Solomon said. “For me, it’s something that’s important to take a clear stand on.”

Councilman Rolando R. Lavarro, Jr., agreed, saying that postponing the vote made it seem like the council was not standing its ground against privatization. Council President Joyce E. Watterman said she preferred tabling the resolution so the council can show unity on July 15, while giving Councilman Robinson time to talk to Ward F constituents.

“I’m trying to keep this council together to send a strong message that we are one on this issue,” Council President Watterman said. “That will send a message. Us divided does not send a message. That’s why I will vote to table it, so when we come back, we will have one voice. We can’t keep ignoring Ward F. I’m listening, and there were some people from Ward F, I haven’t heard their voice. Councilman Robinson wants to talk to them. Why can’t we grant that?  I vote to table it to July 15.”

Council approved the motion to table the Liberty State Park Protection Act in a 7-2 vote with Councilmen Solomon and Lavarro dissenting.

In other news, the council also voted to uphold the state’s ban on fireworks.