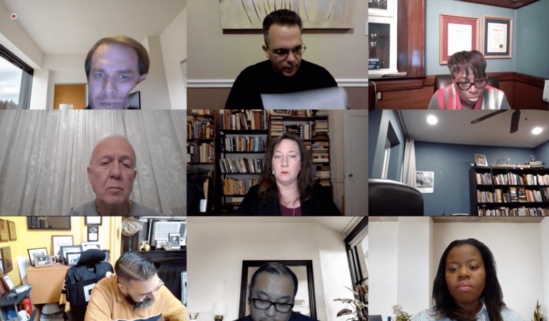 When the City Council voted on Wednesday to authorize large salary hikes for directors and other top city officials, it did so without evidence that the increases were necessary, according to Ward E Councilman James Solomon, who along with councilmen Rolando Lavarro and Jermaine Robinson, voted against the ordinance.

The ordinance provides that the salaries of 16 of the city’s highest paid employees, from the business administrator to municipal court judges, will, in the future, be tied to those in Newark, which according to a 2019 study pays substantially more than Jersey City. Also included in the ordinance were salary hikes for the mayor and council. Those latter increases will go into effect after the next election.

Mayor Fulop had told the council that the raises were necessary to attract the best talent.

A back-of-the-envelope calculation using most recent data available, suggests that the ordinance, when fully implemented, could increase the city’s yearly payroll by more than $500,000.

When setting policy on salaries, it is customary for large businesses and organizations to study what competitive employers are offering and what the financial impact of the new salaries will be. The 2019 study was not referred to during discussions leading up to the vote on the ordinance. “There was no financial analysis given to the council,” says Solomon.

According to Solomon, the council also lacked the current salaries of the city officials who would be affected by the ordinance. Three weeks ago, he put a request in for that data but, as of yesterday, three days after the vote, he still hadn’t received it.  “I don’t think it’s any accident that they didn’t provide me with that information,” says Solomon.

Solomon also questioned the rationale offered by the mayor. He said that he is unaware of any candidate who has passed on a job offer with Jersey City because of salary considerations.

At Wednesday’s meeting, several council supporters of the ordinance pointed to two recently vacated positions as evidence that the pay scale was too low. Again, Solomon rejected the argument and specifically cited the case of  former business administrator Brian Platt. “The claim that Brian left over money is “bull***t. If they had wanted to keep Brian, they could have come to us [the council], and we could have given him a raise.” Solomon made this point at the meeting, arguing that the council had recently granted pay raises to several officials.

Jersey City Times received no response from the administration when it was asked to confirm that any such person has turned down a job offer or resigned because of low pay.

Solomon is also concerned with the potential for patronage. The council normally gets to sign off on the salaries of the highest paid city employees during the yearly budget process. After budget approval, Solomon pointed out, however, that the mayor is free to give raises without council input. “Now, if one employee leaves, freeing up $50,000, the mayor can use that money to reward political allies.” The new, higher salaries will magnify that potential he says. He pointed out that Health and Human Services Director Stacey Flanagan is the Ward E “boss” for the Hudson County Democratic Organization and Business Administrator John Metro works on the Fulop campaign.

Public speakers were uniformly opposed to the timing of the salary hikes. Said Frank “Educational” Gilmore, “We’re in the middle of a global health pandemic. It is amazing to me how you can find money for anything this administration thinks is appropriate…This is the same administration that cut recreation by 42 percent.”

Said Sabrina Harrold, “If you’re going to be fair, be fair across the board. Look at all the titles. You should start with the titles at the lower end and work your way up.”

While supporting a raise for council members, Jena Barchas-Lichtenstein complained that “There’s no transparency…It should be written in such a way that we could get a sense of how big a raise we are talking about.”

Councilman-at-Large Daniel Rivera supported the pay raises, citing the work of the department directors during the Covid-19 pandemic. “These guys from sun-up to sundown are giving it 100 percent for the constituents.”

While sensitive to complaints about the timing of the ordinance, Council President Joyce Watterman pointed out that there were two high level vacancies that needed filling. “One thing I’ve learned in life is timing is always off…If we lose another director, there’s a gap in our system, and we can’t fill it.” 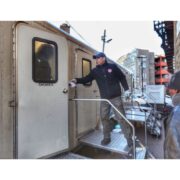 Walker’s Fight to Save the Astor Place Community Garden