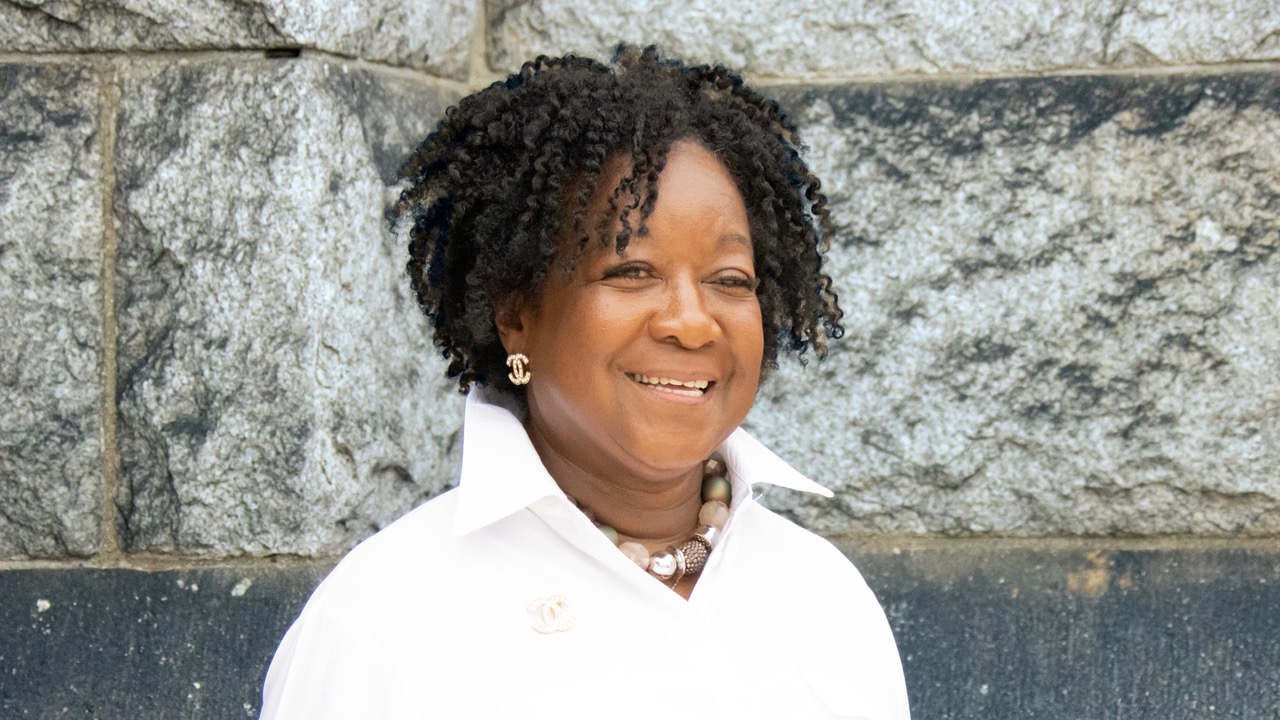 City Council-at-large candidate June Jones is a retired respiratory care practitioner who founded the Morris Canal Community Development Corporation and serves as its president. The organization, established in 2000 and officially recognized in the Morris Canal Redevelopment Plan, focuses on affordable housing, economic development, employment, and training in Bergen-Lafayette.

Jones was literally born in the Booker T projects in the neighborhood she maintains should be called simply ‘Lafayette.’ There was no time to get to the hospital. ‘My mom always said I was a little bit fast.’

She patiently corrects me when I refer to “Bergen-Lafayette.” There’s no such thing as “Bergen-Lafayette,” she explains. “If you check the history books, it’s always been ‘Lafayette.’ This is something that the realtors created, which is somewhat offensive because it kind of takes away the history of our neighborhood. I think it needs to be corrected because there’s no such animal. Lafayette is the oldest African-American community in Jersey City, and it has a rich history.” Jones then rattles off historic buildings and sites throughout the neighborhood.

JCT: What made you decide to run?

JJ: We’re at a crossroads now. I decided to step up and speak out on issues that are crucial. I’m still very passionate about affordable housing, real affordable housing. There’s so much controversy and confusion when people talk about it. As our neighborhood is gentrified, there’s not a lot of places for people to go that are affordable. Jersey City has been in an affordable housing crisis for some time now, but it hasn’t been a priority.

JJ: It would look like the IZO (inclusionary zoning ordinance) that we all worked on. I am really appalled that we had to struggle over two IZOs. When we talked about affordable housing a a couple of years ago, I thought that we were really trying to do something together. Watterman and Lavarro agreed that they would work on it together. It was more comprehensive than the current IZO. Just before it was finalized, the mayor’s IZO was introduced, and it was passed and encouraged by the council president. I feel like we were duped.

JCT: So you felt like there was a plan in the works that was closer to what you wanted, and it was switched out for something less desirable?

JCT: Do you want to see a higher percentage of affordable housing in these development projects? Right now it’s 5%, and Lavarro wanted 20%. What’s the number you want to see?

JJ: The 20% is what we all were pushing for. When you have a crisis, you have to think in crisis mode. Maybe somewhere down the road, 20% won’t be necessary, but right now it is. Five percent and an option to put it off site shouldn’t be an option right now.

JCT: I spoke with Council President Watterman, and she said, ‘We went to Newark, and they put in a 20% mandate, and they weren’t able to get anything built because the mandate was too high, so we just put in an amount we thought could get built.’ Do you have a response to that?

JJ: No, I don’t. I don’t have any statistics to show that what she said is true or not. But where there’s a will, there’s a way. If, in fact, it’s a priority, you make a way. Sometimes it takes incentive programs to make it happen. When we’re talking about the residents of Jersey City being gentrified, being moved out and not having a place to live, it’s important, and it should be a priority.

JCT: We’ve had a spate of tragic killings recently. Do you have a position as to what should be done about the crime situation in Jersey City?

JJ: Again, make it a priority.The recent shootings on the south side of Jersey City is a telling sign that when you do nothing, things get worse. It’s almost like living in terror. How do you address this? You make it a priority. You don’t address it by putting police cars on the corner with flashing lights. I don’t see that it’s deterred crime at all.

JCT: What do you think the mayor or Public Safety Director Shea should be doing?

JJ: I think it’s important that they get with community members and implement real action with what is really going on. These things can’t be decided in an office without regard to why these things are happening. It’s the administration’s responsibility to find out why. They’re not even making it a priority. We had one horrific shooting on December 10 and the whole nation’s in an uproar, and rightfully so. They should be. We have a shooting almost every day in this city, and it’s almost like it’s ignored. I haven’t seen my councilman or this administration say anything other than what was printed in the paper. This is a crisis. Our priorities and the quality of life in the city doesn’t seem to match the priorities of this administration. That’s another reason why I’m running. I want to put the people first. If the people tell me ‘no’ on an issue, I’m going to say ‘no.’ I’m not going to rubber stamp anything. We’re not supposed to serve any one master. This is supposed to be our city. ‘Make Jersey City yours?’ You know what, it was already mine.

JCT: Are there any other issues you want to mention?

JJ: I’m still shaking my head on this ‘water tax.’ I would really like someone to explain how that happened. How do you say that I’m not increasing your taxes if I put your taxes through another autonomous agency for a service you’re already paying taxes for? It needs to be reversed. For those who paid, it has to be reimbursed.

JCT: How are you funding your campaign?

JJ: That’s a good question. Thus far, we’ve gotten a good reception. We are accepting donations from people who support our platform. I’m having a fundraiser next Friday, August 6. I got in the game late, but not too late. I’m taking in-kind donations as well. If people are serious about a change, donations will flow.

I saw the mayor at the Juneteenth festival that we had at Berry Lane Park. I had my petitions, and I asked him to sign which, of course, he didn’t. He asked, ‘What are you going to do for money?’ and I said, what’s that? I said we don’t have money now but that we have the support of the people.