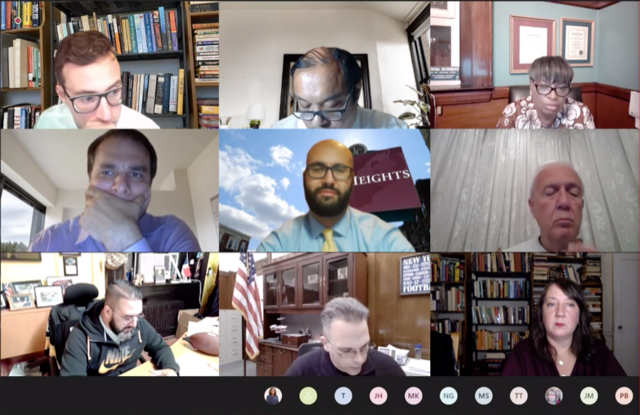 A 50-story building with 810 rental apartments and a new pre-K-5 public school are coming to a Downtown block currently occupied by 38 deteriorating single family homes. Last night, the City Council voted 8-1 to to adopt the Laurel Saddlewood Redevelopment Plan and thus give final approval to a project eight years in the making.

Ward E Councilman James Solomon, who shepherded the project through an extensive process of review and community feedback, said, “I don’t believe that this is a perfect project, but I do think it should advance.” According to Solomon, the project begins to baddress a “huge public school infrastructure shortage.” He pointed out that the Downtown schools are already over capacity. With Downtown adding 4,000 new units and no funds to build new schools he lamented the absence of a plan to address the dearth of facilities.

The plan came under criticism from Councilman-at-Large Rolando Lavarro, who complained that at over $2,100 per month the 41 “workforce housing” units included in the project were too expensive to be legitimately called affordable. (Workforce housing refers to housing designed for middle-income earners such as police officers and teachers who make too much money to qualify for various subsidized housing programs.) Solomon said that he was open to Lavarro’s proposal to have the developer, LMC, instead make a payment to the Affordable Housing Trust Fund.

Numerous residents of Laurel Saddlewood testified in favor of the project. Leigh Sellinger said, “Our homes don’t really make sense any more. They are old and difficult to maintain. The buildings are safety hazards.”  Said Andrew Prokos, “the homes are not pleasant to look at. We have flooding. When you factor in all of the community benefits, this is a plus for the city.”

The Harsimus Cove Association is withholding its approval until it receives a financial analysis of the school’s operations, according to its president, Sara Ordway.

Debra Italiano of Sustainable Jersey City was “particularly excited about the stormwater management infrastructure that’s being installed” to deal with flooding and the fact that the building is “green certified.”

In addition to building the school, the developer will triple the size of Philippine Plaza, the “park” on the corner of Second and Grove Streets that features a monument to the Filipino community in Jersey City and that is currently kept locked. Plans also call for 14,000 square feet of retail space and a garage for 294 cars.

In other business, the council passed a revised ordinance regulating sidewalk cafes. The new law creates a full-year license to add to the previous seasonal license, allows for semi-permanent roofs and partitions, and regulates the use of heating devices. The ordinance also regulates recorded and live entertainment in the cafes. Each cafe can host two live music events per week each with up to four performers. Amplified music must not be audible beyond the boundaries of the cafe. The ordinance also waives cafe license fees during the Covid-19 crisis. 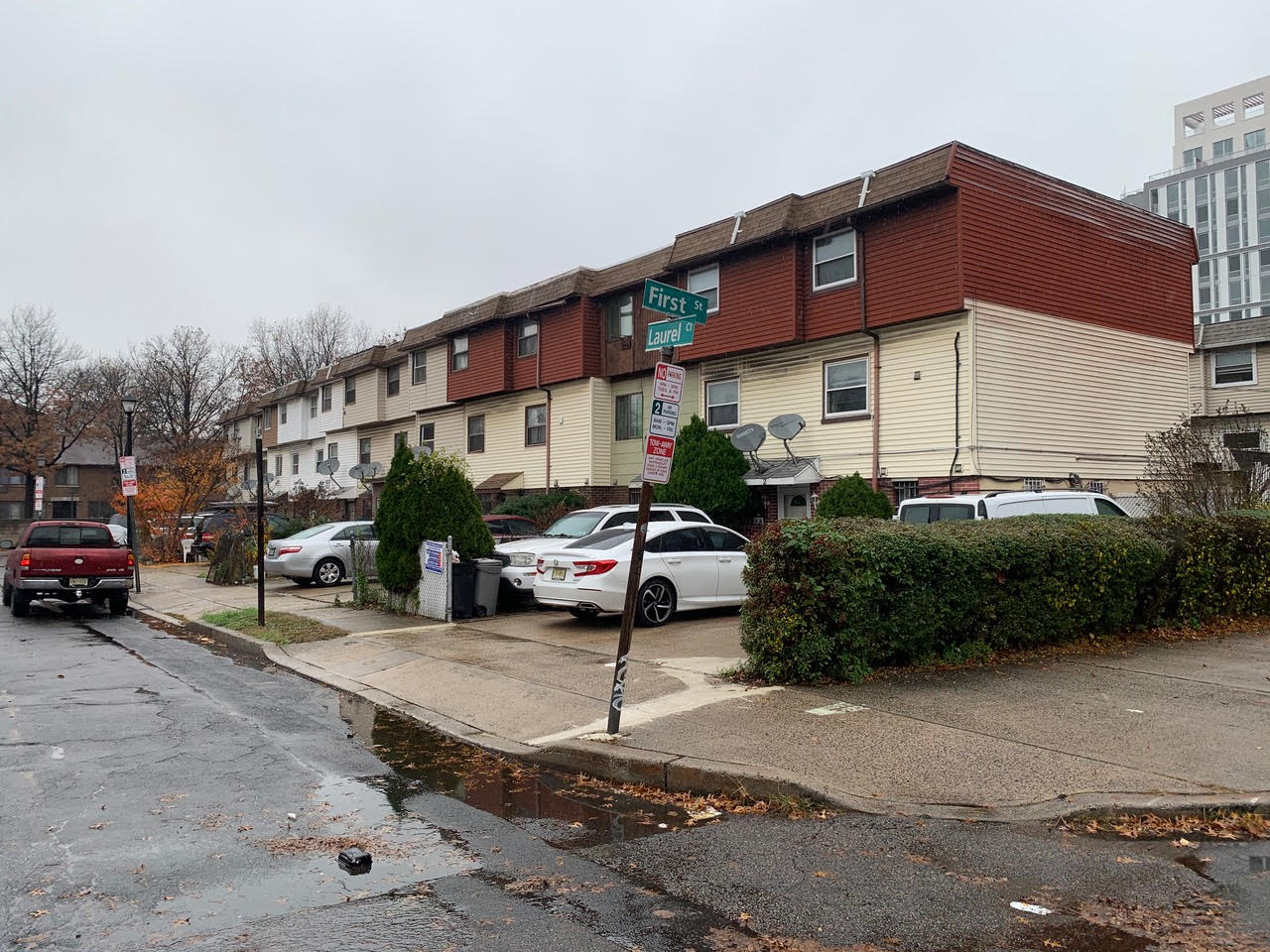 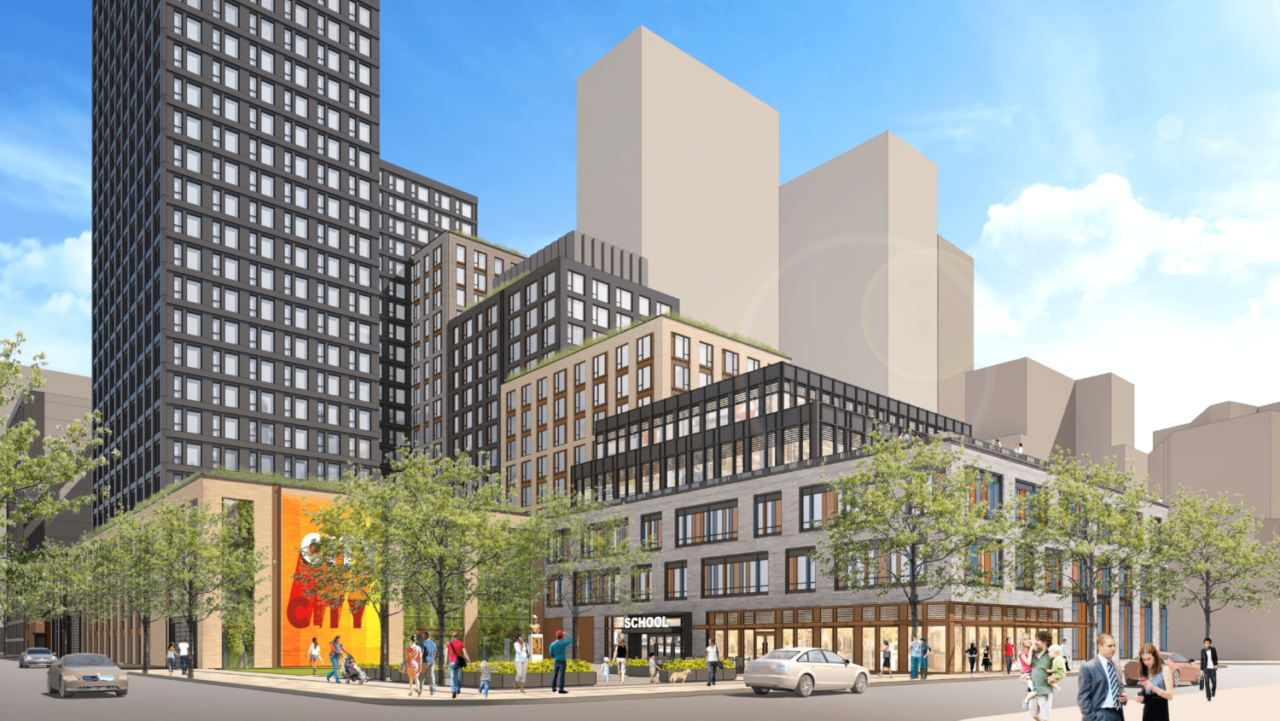 Despite COVID-19 Rise, NJ Sticks with Plan to Allow Schools to Decide Instruction...